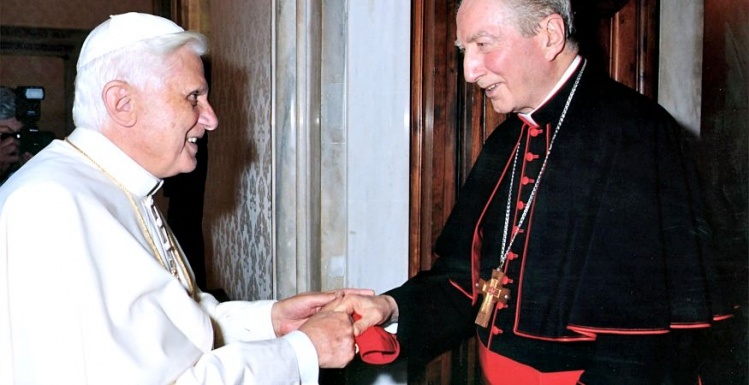 Everyone knows that Rome wasn’t built in a day. And Roman Catholics know even better that it takes a long time, a lot of patience and especially divine (and clerical) benefices to launch new initiatives in our beloved Church. But once every blue moon or so things can move quite quickly—especially in this new era with Pope Francis.

When the Pope released his greatly challenging encyclical on ecology and the environment—Laudato Si’—back on June 18, a leading Orthodox bishop that the Vatican had invited to help present the document, said: “I should like to mention that the Ecumenical Patriarchate decided as early as 1989 to devote the first of September of each year to praying for the environment.” Metropolitan John (Zizioulas) of Pergamon then made a request: “Might this not become a date for such prayer for all Christians? This would mark a step towards further closeness among them.”

Just seven weeks later—which for the Church is “no more than a watch in the night”—the Pope announced that he had accepted the appeal.

“Sharing the concern of my beloved brother, Ecumenical Patriarch Bartholomew, for the future of creation”—Francis said in a letter to two of his chief Vatican aides—“I wish to inform you that I have decided to institute in the Catholic Church the ‘World Day of Prayer for the Care of Creation’ which, beginning this year, is to be celebrated on 1 September, as has been the custom in the Orthodox Church for some time.”

But with less than a month to prepare for the newly instituted celebration—and in the middle of August when everyone in the Vatican, except the pope, is in “sleep mode”—it wasn’t clear if any type of public ceremony or event would take place this year in Rome.

Well, the Pontifical Council for Justice and Peace moved quickly and at his Wednesday general audience this week Francis announced that he would be marking next Tuesday’s inaugural celebrate with a Liturgy of the Word service in St. Peter’s Basilica. “In prayerful communion with our Orthodox brothers and sisters and all people of good will, we wish to offer our contribution to overcoming the ecological crisis humanity is going through,” he said. He added that “local ecclesial entities” around the world would be sponsoring similar initiatives.

But at the national level? As of Wednesday there was not even a mention of the World Day of Prayer on the websites of many national bishops’ conferences, including the one in the United States.

Next Monday marks the third anniversary of the death of Cardinal Carlo Maria Martini, the renowned Jesuit biblical scholar who served twenty-two years as Archbishop of Milan (1980-2002). The cardinal was 85 and suffering from Parkinson’s disease when he died on August 31, 2012.

During the pontificate of John Paul II the regal looking Northern Italian stood out as a loyal, but alternative voice to the growing choir of episcopal errand-boys that served as agents in the pope's project of ecclesiastical restorationism.

Many labeled Martini as a “progressive.” But at the time of John Paul II’s death in 2005 almost everyone—even those who disagreed with him—recognized Martini as the giant of the College of Cardinals.

Some have wondered what he would make of the pontificate of his Jesuit confrere, Pope Francis, if he were alive today. Others have suggested that the Francis is doing things that Martini would have done had he become the first Jesuit elected Bishop of Rome.

Perhaps. But perhaps not, considering revelations made earlier this summer by the priest who was Cardinal Martini’s spiritual director. In a video interview three months before his own death this past June, Fr. Silvano Fausti, SJ spoke about the 2005 conclave in which his famous spiritual directee was, along with Cardinal Joseph Ratzinger, among the candidates to become pope. The priest said Martini went to Ratzinger early on during the conclave to forge a plan to get the German theologian elected.

The reason? They had discovered “foul play” by some Vatican officials to eliminate both Ratzinger and Martini in order to elect “a climber in the Roman Curia” as the compromise candidate. “Once the ploy had been unveiled, Martini went to Ratzinger in the evening and said to him: tomorrow, you agree to become pope with my votes,” according to Fr. Fausti.

“He said to him: you accept, you have been in the curia for 30 years and you are intelligent and honest: if you manage to reform the curia fine, if not, you step down,” the Jesuit priest claimed. That would mean he shifted his votes to Ratzinger, not to Jorge Mario Bergoglio, SJ, of Argentina, who was the other leading candidate.

Fr. Fausti also claimed in the interview that Cardinal Martini, who was only two months older than Benedict XVI, urged the the pope to resign in 2012. It would have been on June 2 of that year when the two men met in Milan on the margins of the last World Meeting of Families. Some eight months later Benedict announced his resignation.

The interview is fascinating and perplexing. Will we ever know for sure which “curial climber” was being prepared to succeed John Paul II? One can only wonder which name on the list the plotting group of cardinals had in mind.

Officials at the Vatican and in the Diocese of Rome are still quite embarrassed and rightly concerned about the ostentatious funeral of an alleged local mob boss last week at a Catholic parish.

As I wrote earlier this week at Global Pulse, many people were angry and sickened by the obvious display of defiance to state and church authorities that Vittorio Casamonica’s family and associates staged in the Godfather-like funeral at the Salesian-run parish of St. John Bosco.

I noted the bitter irony that the titular cardinal (that is, honorary pastor with no authority) of this church is Cardinal Robert Sarah, head of the Vatican congregation that regulates the Church's liturgy and sacraments.

My article also noted that Pope Francis has not said a word about the show-funeral that took place in his diocese, even though he has fearlessly denounced organized crime in the past. And more importantly it called into question the silence of Cardinal Agostino Vallini, who is the pope’s vicar general and surrogate head of the Diocese of Rome.

A faithful reader wrote to suggest that the pope's silence might be an act of prudence in the face of death threats—not to him, but to people he loves or those who are close to him. The reader rightly pointed out that Francis does not seem to be worried about his own safety. However, she suggested that he may be very concerned—and aware—that his bold pronouncements could endanger the lives of others.

This is all the more reason people should be generous in responding to Pope Francis’s request—with which he ends every speech and message—that we pray for him.