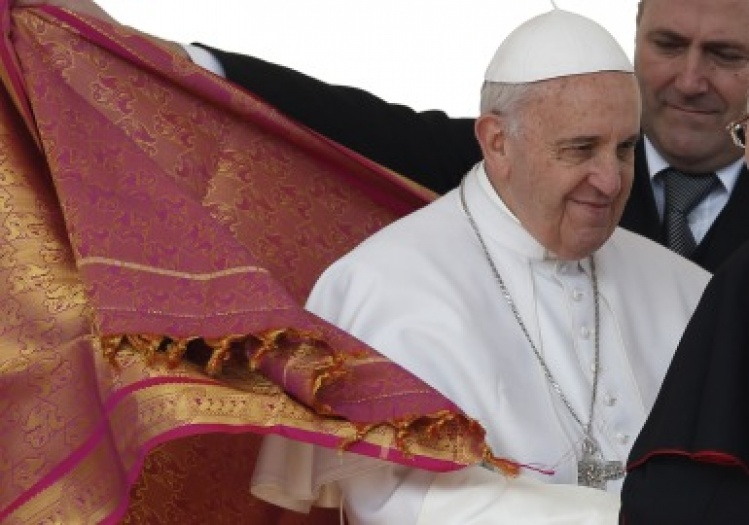 The big news from the Eternal City this week was Pope Francis’s surprise announcement that the Church in Rome will sponsor a Jubilee of Mercy beginning on December 8, the fiftieth anniversary of the conclusion of the Second Vatican Council. He disclosed his plans for this “extraordinary” Holy Year –which will run until November 20, 2016 -- last Friday night at a penance vigil in St. Peter’s Basilica. It just happened to be the second anniversary of his election as bishop of Rome. Details of the yearlong observance are still to be worked out, but the first clues are likely to be revealed on April 12 when the pope is expected to issue his “bull of indiction.” That’s the second Sunday of Easter, which – appropriate for this occasion – is also called “Divine Mercy Sunday” by a decision of the late John Paul II. There is no question that “mercy” is one of the guiding leitmotifs of Francis’s pontificate. And at the penance service last week, the “who am I to judge?” pope emphasized that there is no sin that cannot be forgiven. This was just a few weeks after he told newly created cardinals that they need to seek out the modern lepers, embrace them, and mercifully welcome them into the community of believers. These words and the Jubilee of Mercy come at a moment when Pope Francis has been pushing the world's bishops to openly discuss ways to help strengthen the institution of marriage and the family and to find creative possibilities, under the guidance of the Holy Spirit, for showing mercy to those living in difficult and so-called “irregular” marital or relational situations.

What’s behind Francis’s decision to entrust the organization of the upcoming Jubilee to the Pontifical Council for Promoting the New Evangelization? The pope, who hardly ever uses the term new evangelization, may have singled out this department (in operation for only a few years) because of the man who heads it, Archbishop Rino Fisichella. Media-savvy, charming, and conversant in several languages, the sixty-three-year-old has long been considered one of Italy’s most adroit theologians. He is also well connected to the country’s political and entrepreneurial class, having served since 1994 as the de facto “chaplain” of Italy’s lower house of parliament. Fisichella is an articulate and magnetic figure who has both passionate supporters and formidable detractors. After an illustrious teaching career at the Gregorian University, he moved to the more conservative Lateran University, where he eventually became rector. He and then-Cardinal Joseph Ratzinger were ghostwriters of John Paul II’s encyclical, Fides et Ratio (cleverly dubbed, “Fisichella et Ratzinger”), which was published in 1998. That year he was named auxiliary bishop of Rome while serving as Ratzinger’s assistant on the doctrinal commission in preparation for the Holy Year of 2000. Fisichella was destined to become secretary of the Congregation for the Doctrine of the Faith in 2008, but “enemies” went to Benedict XVI to protest the choice. Instead, Fisichella was made president of the Pontifical Academy for Life, an appointment that ended in acrimony only two years later. Pro-life militants in the academy demanded his removal after an article he published in March 2009 in L’Osservatore Romano. In it he criticized a Brazilian bishop for excommunicating adults who had helped a nine-year-old girl have an abortion. Archbishop Fisichella accused the prelate of making the church appear “insensitive, uncomprehending and lacking in mercy.” He wrote: “Before thinking about excommunications, it was necessary and urgent to safeguard [the girl’s] innocent life.”

Pope Francis will be making a busy daytrip to the Naples area on Saturday, beginning with a visit to the Shrine of Our Lady of Pompei. The excursion to one of Italy’s most fascinating and teeming metropolitan areas comes only eight days after the pope surprised everyone by announcing the upcoming Jubilee of Mercy. It just so happens that the bishop who will be his main host, Cardinal Crescenzio Sepe, is also the man who was the enterprising organizer of the last Holy Year – the Great Jubilee of 2000. And what a spectacular job he did! His critics would add, “Emphasis on spectacle.” He took over the reins of the planning committee in 1997 from then-Archbishop Sergio Sebastiani, who had struggled the previous three years in mapping out a jubilee program. Sepe, a Vatican diplomat who had been No. 2 at the Congregation for Clergy since 1992, immediately drew up an ambitious blueprint. It included an unending series of mega-gatherings with John Paul II. Every conceivable group – bishops, artists, children… even pizza-makers and recreational vehicle owners – were treated to their own particular jubilee celebrations, usually in an overflowing St. Peter’s Square, and almost always in the presence of Pope John Paul II. Some of these jamborees bordered on the carnivalesque and provoked criticism from various church officials, including then-Cardinal Ratzinger. It’s no secret that lots of money changed hands during Jubilee 2000, with numerous construction and commercial ventures launched, ostensibly to help “accommodate” the millions of pilgrims that came to Rome. Crescenzio Sepe was rewarded with a red hat at the end of it and afterwards was named prefect of the Congregation for the Evangelization of People (Propaganda Fide), a property-rich fiefdom that helps the pope appoint bishops in mission territories (until Benedict XVI “exiled” him to crime-choked Naples in 2006). No one knows if Archbishop Fisichella will also become a cardinal after organizing the Jubilee of Mercy. But one thing is all but certain. The upcoming Holy Year will not be filled with amusement-like events like Jubilee 2000. A telltale sign came this past week when Pope Francis’s aides asked Cardinal Sepe to cancel a big pop music concert planned for Saturday’s papal trip to Naples. The visit’s not meant to be a “party in the piazza,” they told him. It should be “simple,” not flashy.