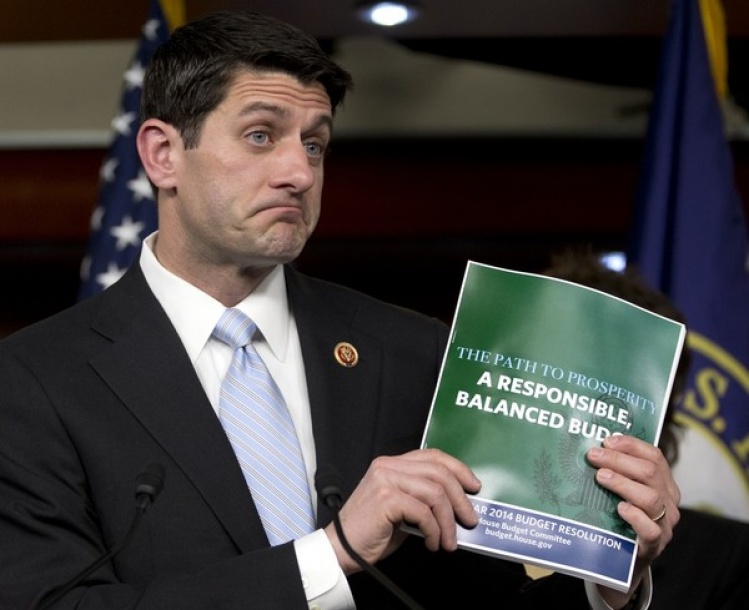 Republicans in the House and Senate this week released their respective budget plans, and though they differ in the details they’re similar in their aims – namely, to use the deficit and the debt as justification for tax cuts for high earners and corporations and significant spending cuts in social programs. Leave aside the question of whether the deficit and the debt require such attention (plenty think they don’t, including the Obama administration); what House and Senate Republicans have proposed are essentially reboots of the Paul Ryan (2012 and 2014) franchises.

Much of this of course is dressed up in language making it sound sensible, maybe even noble: block-grants give states flexibility and improve efficiency; repeal of Obamacare equates to “patient-centered reform.” Few details are offered, though plenty of figures are tossed about – many of which can only be met with suspicion if not outright incredulity.Though the proposal calls for the repeal of Obamacare, it still counts as going toward the coffers the $2 trillion the law’s tax increases provide. Though the House and Senate plans assume deficit reductions of $147 billion to $164 billion from economic growth stemming from proposed cuts in taxes and spending, these numbers have been generated through the technical sleight of hand known as dynamic scoring. There’s also something in the House proposal being referred to as the “magic asterisk” – a provision for saving $1.1 trillion over ten years “by reducing outlays for mandatory spending other than on health care and Social Security.” No one’s quite sure where those cuts would come from, but they’d have to come from somewhere to meet the goal of $5.5 trillion in overall savings.

Early reviews on the Republican budget proposals: “If the budget resolution released on Tuesday by House Republicans is a road map to a “Stronger America,” as its title proclaims, it’s hard to imagine what the path to a diminished America would look like”; “[This is a] slumlord's budget, an evictor's budget, an auctioneer's budget of a kind that emptied towns all over the Great Plains. It assumes the existence of a propertied class and a servile class, both of them eternal and immutable”; “[I]t lays out a virtual war on the poor and middle class” and as such is “a bracing statement of Republican ideology.”

For his part, the president is disappointed that neither Republican proposal calls for investment in education, infrastructure, or research, and that neither is a “budget that reflects the future.” How much of that the Democratic minority can negotiate for remains to be seen, as does its overall ability to challenge Republican plans that according to Charles P. Pierce “solidify further the burgeoning oligarchy that is devouring the republic.”