Last Word: A Job, Not a Career 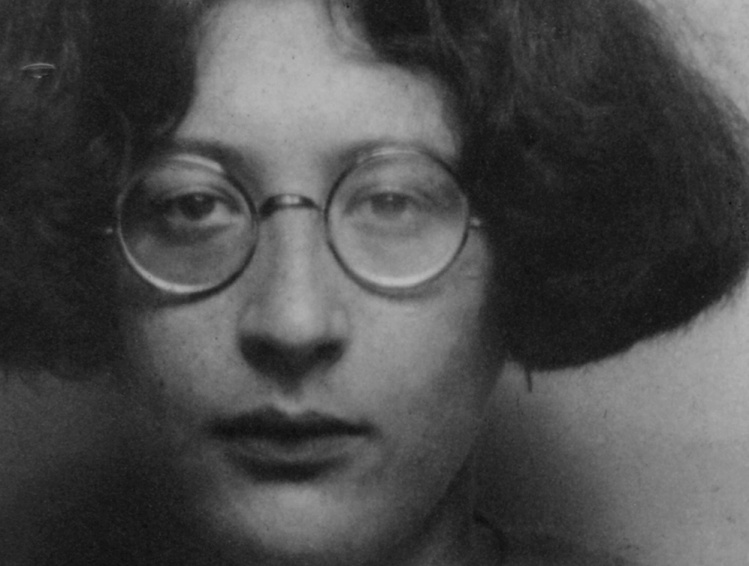 Pope Francis has a way of shocking us with what we already know. During his first Chrism Mass last year he said that priests ought to be like “shepherds living with the smell of the sheep.” Although he was addressing the clergy, his comment can also be applied to the priesthood of all believers. Whatever our particular vocation, we must not imagine we can serve anyone without real exposure to their circumstances.

When Simone Weil, an intellectual from a bourgeois background, requested a leave of absence from teaching so that she could work in an auto plant, it was because she wanted to understand the “icy pandemonium of industrial life” from the inside. She did not think real solidarity with manual laborers was possible for someone who had no personal experience with the kind of work they do and the conditions in which they do it. As she wrote, “When I think that the great Bolshevik leaders claimed to be creating a free working class and probably not one of them—surely not Trotsky, and I don’t think Lenin did either—ever set foot in a factory and hence did not have the faintest idea of the real conditions which determine the servitude or freedom of these workers—politics seems a sinister farce indeed.”

Can the same be said of the church when Christ’s disciples keep themselves insulated from the everyday life of the poor? Have we become afraid that the stench of poverty will rub off on us if we spend too much time in the company of those the Gospel calls us to serve?

I knew an elderly priest who would go and talk with a woman as she cleaned offices because that was the only time she had. And another priest who organized a group of college kids to visit the roughest part of town and hand out hot chocolate to drunks at 2 a.m. I know of parents who have chosen to raise their children among the poor in Catholic Worker houses. And recently we’ve all read news stories about aid workers who’ve come home from foreign countries sick with a deadly disease they had been treating.

These are all people who understood that real service requires risk. Some of them risked death; others risked only discomfort. None of them played it safe. Not everyone is called to heroic self-sacrifice, but all Christians are called to solidarity with people who live on the margins. And we cannot help such people without going to the margins ourselves.

A little more than a year ago I decided to leave my job as an oncology nurse—a job I loved—to join the Little Sisters of Jesus, a religious community whose members work menial jobs alongside the poor in factories, hospital kitchens, or on farms. Of course, I could have joined a nursing order, but I didn’t want my religious vocation to be determined by my professional training, and I was drawn to the kind of work the Little Sisters do. By having a wage rather than a salary, a job rather than a career, the Little Sisters serve those on the margins of society by presenting themselves not as benefactors from the helping professions but as approachable equals. They see the other part of their lives—the communal prayer and contemplation—as a way to be “standing delegates” before God on behalf of the people with whom they work every day. I wonder if Simone Weil might have lasted longer in the auto plant if she had had the support of a community like the Little Sisters of Jesus—people with whom she could share her difficulties because they shared her sense of mission.

For the past year I’ve had a job cleaning airplanes. It isn’t always pleasant, and it certainly isn’t easy. But there are moments of delight and revelation, when the daily routine becomes an occasion for friendship. I have listened to stories of heartbreak, read pregnancy tests, held one of my coworkers when her little boy went missing. I have been present at very difficult moments, and learned that presence itself can be a kind of ministry. My coworkers’ pain is not as obvious as my patients’ pain was, but as I have lived with them in the same neighborhood and worked the same job, it has slowly become more visible.

The church is called to what Pope Francis has called the “existential peripheries” of “pain, of injustice, of ignorance and indifference to religion.” It is called to assist those in every kind of need, but also to accompany them, to share the weight of the crosses they carry. In other words, the corporal works of mercy cannot be easily segregated from the spiritual works of mercy: those who need to be fed or sheltered will also need to be comforted and encouraged—not from a safe distance, but face to face.

Emily Stout is a graduate of the University of Illinois, Champaign-Urbana English Program. She works nights as a registered nurse in the oncology deparment of a Midwestern hospital.

Whether to Thin the Lilies