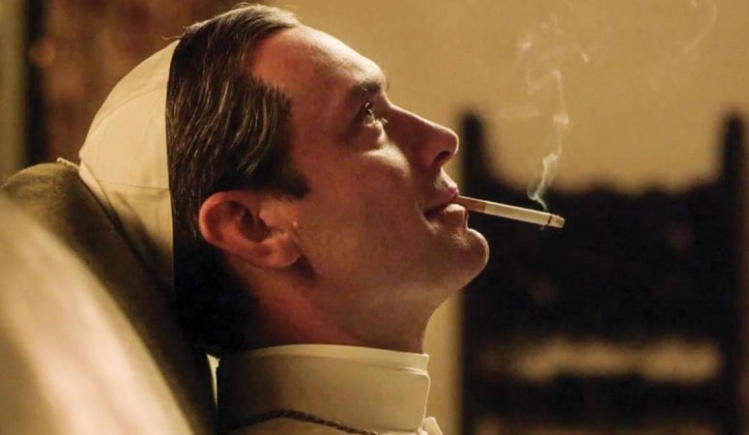 The title of HBO’s The Young Pope suggests a tale involving power, prestige, glamor, and youthful vigor—themes likely to entice an audience. You would not get the same seductive effect with a series called The Middle-Aged Vatican Secretary of State.

And yet actor Silvio Orlando’s portrait of an aging Machiavellian cardinal is the most enjoyable aspect of The Young Pope, a ten-episode drama series that premieres January 15. Directed by filmmaker Paolo Sorrentino, whose movie The Great Beauty won an Oscar for best foreign-language film in 2014, the series stars Jude Law as a handsome American pontiff who unsettles the Vatican—and threatens the viability of the church worldwide—when he displays reactionary fervor and an abrasive personality. The Young Pope also stars Diane Keaton as Sr. Mary, an American nun who becomes the new pope’s chief advisor—an arrangement that places her at odds with Cardinal Angelo Voiello (Orlando), the Vatican’s wily secretary of state.

To judge by five episodes released early to reviewers, The Young Pope is cinematic in style, leisurely in pace, and preposterously farfetched in narrative premise. The tale begins shortly after the surprise election of Lenny Belardo, a little-known American who may have succeeded because the progressive Voiello considered him malleable. After taking the name Pius XIII, however, the new pope shows himself to be an uncompromising conservative who is arrogant, ruthless, and rude. Indifferent to the needs of the faithful—he declares that he has no plans to travel anywhere, ever—he covets a Banksy-like mystique, refusing to be photographed.

The new pope can be compassionate to individuals, as when he befriends a melancholy childless woman named Ester (Ludivine Sagnier). But he shocks most clergy and laypeople when he delivers a harsh, threatening inaugural homily: “I have nothing to say to those who have even the slightest doubt about God,” he tells the crowd, his face deliberately hidden in shadows. “All I can do is remind them of my scorn and their wretchedness.” He is even more severe behind closed doors, informing the cardinals that the church will turn its back on openness, outreach, and tolerance.

Is Pius XIII a visionary striving to shake the church out of a spiritually lazy comfort zone? Is he deluded? Is he a monomaniac seeking to punish the world for his own personal tragedy (his parents left him at an orphanage when he was seven)? The mystery would be more intriguing, and the plot easier to swallow, if Law’s performance were more nuanced and textured. But his Lenny Belardo is so ostentatiously haughty—so apparently free from soul-searching or deep thought—that it’s impossible to believe any group of clerics could have endorsed his rise.

By contrast, a plausible soulfulness emanates from the cynical but humane Voiello. This soccer-mad cardinal revels in his own reputation for behind-the-scenes cunning, and even stoops to blackmail. And yet he spends his off-hours devotedly babysitting a developmentally challenged child. Voiello’s air of stoical exasperation sometimes hides deadpan wit. Urged by his confessor to admit to a few sins not related to diplomacy or high finance, the cardinal claims to have had impure thoughts about a Paleolithic statue.

The Young Pope is gorgeously shot. The camera lingers on details of art and architecture, on nuns serenely picking oranges, on tortoises crawling along a wide sunlit balustrade, on a flock of red-clad cardinals turning their heads in unison. After Pius XIII releases a live kangaroo (a gift from an Australian politician) in the Vatican gardens, the marsupial periodically appears in the shrubbery, a mysterious, pagan presence. Pius XIII sometimes spots the kangaroo during his frequent solitary walks in the gardens. These sequences—and others that show the pontiff brooding about the past—may help explain why Sorrentino has called The Young Pope a “film about solitude.” In the Vatican, Sorrentino says, solitude is “something you can practically touch with your hand.” Then again, anyone as obnoxious as Lenny Belardo might have trouble finding companions wherever he was.