More than a Mood
By George Dennis O’Brien
Books
Theology 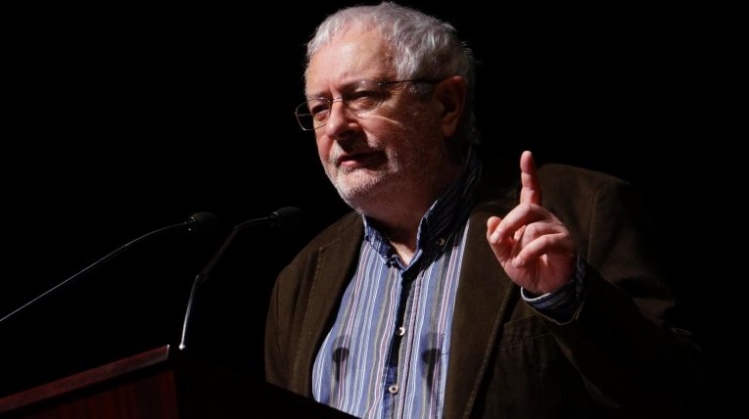 Wittgenstein asserted that dogs cannot hope; they may expect their master’s return, but they cannot hope for it. Hope depends on language. In his new book, Terry Eagleton cites Wittgenstein’s remark and—although he believes Wittgenstein’s view stemmed from a dislike of dogs—he agrees that hope is a function of language. Hope without Optimism, based on the Page-Barbour Lectures that Eagleton delivered at the University of Virginia in 2014, is a witty and insightful tour of hope’s complicated linguistic terrain that carefully avoids proposing some once-and-for-all grand Theory of Hope. As Eagleton points out, hope-talk occurs in everything from common-sense expressions to extravagant claims that border on nonsense: from the phrase “hope to see you tomorrow,” uttered as you leave the local café, to the phrase “hope against hope,” uttered in the precincts of defeat. We know our way around everyday hope in the prose of a prosaic life, but sometimes we go beyond the everyday into poetry and prayer in order to express the mysteries of life and human values.

Chapter 1 is titled “The Banality of Optimism.” “To believe that a situation will turnout well because you are an optimist” Eagleton writes, “is as irrational as believing that all will be well because you are an Albanian.” The optimist, Eagleton writes, is “chained to cheerfulness” and thus lacks the “strenuous commitment...underpinned by reason” that is essential to hope. Optimism is not a choice but a temperament, a “monochrome glaze over the world,” differing from pessimism only by being monochromatically rosy instead of monochromatically gray. Eagleton has no time for a work like Lionel Tiger’s The Biology of Hope precisely because it confuses hope with a certain kind of temperament. Hope is not a mood, or even a biological condition; it is a moral perspective on life. Valium may be an optimism pill, but it does not produce hope.

Eagleton is more than just a linguistic explorer tracing the various tropes of hope; he is also (more or less) a Marxist concerned with the course of political history and the ultimate fate of humankind. Optimism, he believes, is not only banal; it can be dangerous. He suggests that in the United States optimism is a “state ideology” that explains the irrationality of our politics, foreign and domestic. In contrast to the forced cheer of American boosterism, Christianity and Marxism—Eagleton’s two great visions of the world—both reject optimism. Despite prophesying a positive future in the Kingdom of God or the classless society, there is no straight and easy path from today’s dereliction to the happy ending. In Christianity salvation breaks in unpredictably and passes through the Cross. For Marx, history doesn’t always progress smoothly from one stage to the next; revolution breaks the pattern of the past.

The second chapter, titled “What Is Hope?,” does not try to answer that question. Instead, Eagleton explores how talk of hope intersects helter-skelter, positively and negatively, with expressions of desire, emotion, decision, faith, and love. Hope is one of the escapees from Pandora’s box. Is it curse or cure? For Aquinas hope is cure, a theological virtue derived from faith and charity. On the other hand, T. S. Eliot in a Christian mood cautions against hope: “wait without hope, for hope would be hope for the wrong thing.” Not only can hope be misdirected; it can be sheer illusion. Alexander Pope says that “Hope springs eternal from the human breast,” but it is a hope always unrealized—as the less quoted second line of the couplet affirms: “Man never is, but always will be blest.” Vershinin in Chekov’s The Three Sisters sums up the malaise that infects the country house and humankind: “We are not happy and we cannot be happy, we only want happiness.” Best, then, to reject hope outright and to obey the Stoic injunction: Expect nothing.

Still, for all the crossings and confusions in the language of hope, some guidelines emerge. We may hope in vain, but not unreasonably. I may desire to be Elvis, but I cannot hope for that outcome. Hope as a species of rational desire qualifies as an Aristotelian virtue to be cultivated. While hope and desire are both directed at the future, Eagleton writes that hope is “more narrationally inflected than desire.” I may have lots of fleeting desires, but when I hope I adopt a certain attitude toward the future. Eagleton notes a “performative” aspect of hope. “I promise” is the paradigm case of performative language. When I say “I promise,” I have performed the deed—made a promise no matter what my inner feelings or intentions. When I say “I hope,” I issue a promissory note toward some positive future.

Chapter 3, “The Philosopher of Hope,” abandons the highways and byways of hope to concentrate on one philosopher, Ernst Bloch, and his grand theory of the subject. Bloch offers a manic theory of hope in a Marxian vein—and Eagleton wants no part of it! A grand theory indeed: Bloch’s book about hope runs to almost fourteen hundred pages and is written in a style that Eagleton characterizes as “intellectual bulimia.” Bloch is the rare Marxist philosopher who is interested in Engels’s Dialectics of Nature because he believes that hope is fully embedded in nature itself. Eagleton labels it “mystical materialism” and compares it to the theology of Teilhard de Chardin. Nature in its ever-changing course is always realizing progress. Eagleton says that such a view actually devalues hope. If progress is written into the code of the cosmos, there is no need for the individual to “perform” hope.

Bloch’s notion of hope-in-nature accounts for “the conceptual obesity” of a work that sweeps everything in history from Pythagorean number symbolism to modern fascism into the expression of fundamental hope. Eagleton makes a telling comparison between Freud and Bloch. Both thinkers claim that the fundamental object of hope is other than what it appears: for Freud what we really desire is buried in the past; for Bloch it lies ahead in the remote future. According to Bloch, even fascism is a (dangerous) expression of fundamental hope for the Marxist vision. There are clear echoes of Augustine’s assertion that—whether we know it or not—the true aim of all our present desires is God. Hence Eagleton’s conclusion that Bloch “is in search of a form of Marxism that would rival the depth and scope of religion.”

The final chapter, titled “Hope against Hope,” returns Eagleton to his home territory of literary analysis. Beyond simple hope for good weather tomorrow, there is “radical hope”: Shelley’s urge “to hope till Hope creates / From its own wreck the thing it contemplates.” Tragedy is the exemplary case of radical hope. “[T]ragedy cuts deeper than pessimism...because its horror is laced with an enriched sense of human worth.” Eagleton offers extended analyses of King Lear and Antony and Cleopatra as examples of hope emerging from ruin. The versions of the Lear story that came before Shakespeare—as well as the much-scorned eighteenth-century revisions of the play—fulfill our normal hopes: the good guys win. Lear recognizes the love of Cordelia before it’s too late, while she defeats the forces of her dissembling sisters. What hope could there be in Shakespeare’s play when the old king emerges with the dead Cordelia in his arms crying: “Howl, howl, howl, howl!” Kent’s following line could well echo the dismay of the audience: “Is this the promised end?” Eagleton’s comment is on point. The death of the leading characters does not “undermine the integrity of the poetry that records them.... [T]he play’s own artistry stands in judgment on any too facile disenchantment.” Wittgenstein was right: hope has to do with language. When language rises to the beauty of Shakespeare’s poetry, a sublimity beyond death and defeat has been performed. There is hope beyond hope.

Reading Terry Eagleton is always a delight; reviewing him is daunting. I appreciate his rejection of Bloch’s Cosmic Marxism, which hangs every historical event onto some theoretical peg. But Eagleton also risks literary overload. I am glad that Doris Day got a mention. I had a pleasant moment of Schadenfreude considering Eagleton’s example of someone entertaining the forlorn hope of finding North Korean dictator Kim-il-un in a gay bar in Denver. Getting everyone from Abraham to Slavoj Žižek into 176 pages is an achievement no short review can hope to match. Best to read the book and enjoy!