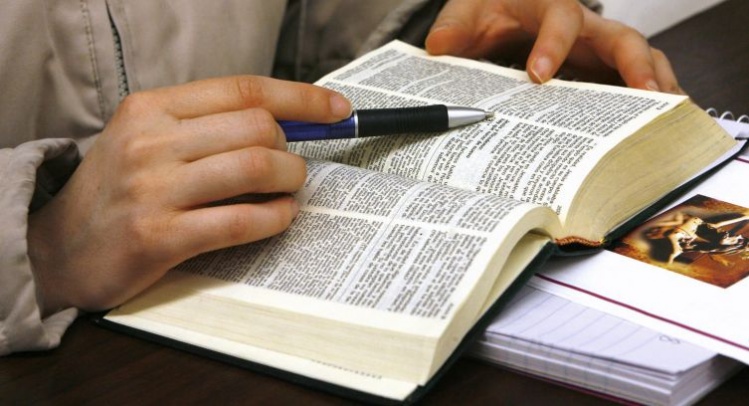 When it comes to the Bible and its place in our culture, Americans seem deeply ambivalent. Our nation’s history brims with biblical rhetoric. Hollywood films based on Bible stories, like Darren Aronofsky’s blockbuster Noah, continue to draw reliable crowds. Classes at secular universities dedicate themselves to studying the Bible as literature. Yet a book that reflects on the Bible for a general readership? That can be a pretty hard sell.

In The Good Book, edited by Andrew Blauner, thirty-four writers engage biblical texts ranging from the whole of the Psalms to a single parable. Most of these contributors are public figures—journalists Cokie and Steven Roberts, the Rev. Al Sharpton—or professional writers like Pico Iyer, Lydia Davis, and A. J. Jacobs; some have explored biblical subjects before. The essays are wildly heterogeneous in tone and method, somewhat like the Bible itself. New Yorker writer Avi Steinberg tries a “thought experiment” about the true character of the snake in the Garden of Eden. Georgetown sociologist Michael Eric Dyson writes about present-day Ishmaels in light of the Trayvon Martin case. Paul Elie’s piece (initially published in Commonweal) sails between John’s Gospel, a performance of Bach’s St. Matthew Passion, and St. Augustine. We even find a new poem by Robert Pinsky and a short story by Colm Tóibín.

Adam Gopnik’s introductory essay sets out to convince those skittish about religion that they might want to read Scripture. His humanistic reading casts the Bible as a book “populated by people,” both chronicling and enacting the irrepressible human attempt to make meaning. Gopnik’s effort to defend the possibility of transcendence without offending scientific rationalism is limited by his belief that human sensibility is all there is—a tough row to hoe, especially when you’re writing about a text that claims to say something about the sacred. In case we might be the kind of reader who takes any of that too seriously, he reminds us that the Bible’s miracles “are of the same kind and credibility as all the other miracles that crowd the world’s great granary of superstition.”

Gopnik’s dilemma hints at why much of this collection necessarily struggles with how to read the Bible. Is the Bible a living, breathing text, or a shard of our history best kept behind museum glass? Can its stories be distilled to a message and discussed in polite company? What to do with its explicit embrace and hallowing of the miraculous? The most instructive and rewarding aspect of reading this collection is watching its contributors wrestle with a text, a history, and a weight of import that they can’t tame. This is still the Bible, after all, looming heavily in even the most secular North American imagination, whatever each writer might believe about its credibility. The Bible remains stubbornly bigger than their attempts to encapsulate it.

Behind these attempts lurks a question: Does the Bible actually matter or not? In an essay appropriately called “The Bad Book,” novelist Robert Coover takes the boldest stance, arguing that the Bible does matter—and that humanity is worse off for it. In Coover’s view, holy books are inherently dangerous. “All the world’s heavies,” he writes, “needing to hang on to what they’ve got while pushing their enemies’ noses in it, find books like this one the perfect tool for suckering a mob.” Perhaps not a convincing stab at explaining the vast phenomenon of religious violence, but it is certainly a passionate one.

Another novelist reaches a very different estimate. In “Long Road Home,” Tobias Wolff writes about forgiveness in his meditation on the parable of the prodigal son. Though he addresses the story’s theme, he’s also interested in investigating the point—and the power—of using stories in the first place. For Wolff, theology can provide abstract assurances of God’s love and mercy, but parables put flesh to those bones. A father waits for his returning son and runs to meet him. “This is beyond anything that precept can express—the image of that father, looking far down the road, recognizing his son even in this distance.”

My favorite piece is journalist James Parker’s essay on Psalm 139, the intimate psalm that reads: “O Lord, you have searched me and known me. You know when I sit down and when I rise up; you discern my thoughts from far away.” The prospect of an inescapable God unnerves Parker, yet it is not strange to him. He remembers how his mind felt on the party drug Ecstasy, and how a panic attack after a bad trip altered his perception of reality, showing him something like the abyss. “This is not theology, I should say, or philosophy, because I’m quite sure I have no aptitude for either,” Parker writes. “This is my experience.” Do his experience and the psalmist’s experience speak to each other? Parker understands that the psalmist isn’t a propagandist, but a person. “I’m beginning to sermonize,” he corrects himself at one point. “I mustn’t do that. The psalmist doesn’t sermonize. The psalmist makes his report.” Where some other writers seem happy to find a “teachable moment” in the texts they engage, drawing forth lessons about family or community, Parker seems humbled by the ideas he encounters in Psalm 139; he does not share the complacency of those who, while deploring the alleged didacticism of the Bible, treat it didactically themselves.

The most successful essays in The Good Book, such as Parker’s, are serious even—or especially—when they are uncertain. Thomas Lynch’s essay, “Miracles,” recalls his Catholic upbringing and notes that “the less observant I became, in belief or devotion, the better the ‘good’ book seemed to me.” With this in mind, he asks us to reconsider what a miracle might be. He attends the funeral of his friend Seamus Heaney, a poet who celebrated what Lynch (another Commonweal contributor) calls the “everyday and deeply human miracle, void of heavenly hosts or interventions.” What about the Gospel story of the paralytic man who was lowered through a roof to receive Jesus’ healing? Lynch thinks about the story’s nameless people who carried the man, even as he himself, a poet and undertaker by trade, accompanies Heaney’s body in the hearse from Dublin to Derry. A very earthbound essay, Lynch’s effort nonetheless shows great reverence.

If some of the essays in The Good Book prove less than fully satisfying as interpretations of their chosen passages, they at least offer us an invitation to take on the task ourselves. The Good Book records the efforts of diverse readers working to make sense of the Bible—a book at once too foreign and too familiar—and in the process, treating it as though it could still somehow speak.