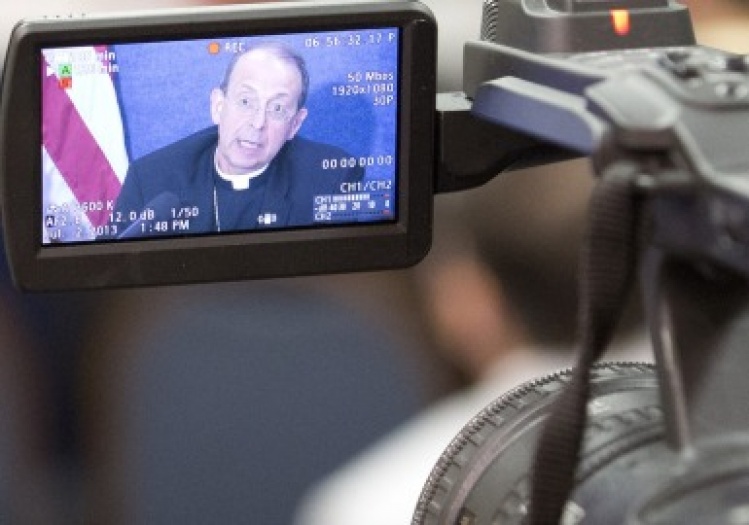 In a review some years ago of John Noonan’s A Church That Can and Cannot Change (2005), my neighbor Dennis O’Brien remarked that the Roman Catholic Church has a strong sense of tradition and no sense of history. He’s a philosopher and former university president, and I’m a historian, but his bon mot sums up the church’s worrisome habit of ignoring all too often the tangled skeins of the past underlying its public pronouncements. Think, for instance, of Benedict XVI’s May 2007 letter to the church in China, which noted Matteo Ricci’s assurances to the Ming emperor that the church had no political aims in his country. “As Pope John Paul II stated,” Benedict wrote, “recalling what Fr. Matteo Ricci wrote from Beijing, ‘So too today the Catholic Church seeks no privilege from China and its leaders but solely the resumption of a dialogue’” based on mutual respect and understanding. True enough, but few historians would recognize that as a complete picture, overlooking as it does the four centuries since Ricci's death in Beijing, and the ways in which missionaries (by no means all of them Catholic) and their home governments built up for themselves positions of entrenched privilege that ended only in the mid-twentieth century.

No doubt Vatican diplomats would argue that this sort of historical forgetfulness has its uses as Rome seeks to build bridges to the People’s Republic. Maybe so, but in any case Benedict’s letter is simply one example of the kinds of memory loss that one sees all too often—and let’s not even get into the question of Francis’s views on gay priests, already engaging the usual suspects on both sides of the issue. Take instead, a recent article by Archbishop William Lori, dealing not with China but with the United States, which seems a particularly egregious example of ignoring the past.

Religious freedom is, he points out (or at least should be) a fundamental right, not only here at home but everywhere. He praises the U.S. Conference of Catholic Bishops Ad Hoc Committee for Religious Liberty (which he chairs) and its Fortnight for Freedom for “planting the seeds of a move for religious freedom” which will eventually “bear fruit among the laity.” Yet surely that sounds a bit odd, at least if we are talking about the American laity. However we may argue over the First Amendment, most of us know, after all, that religious freedom has been enshrined in the Constitution for over two centuries. Could it be that rather than the bishops’ “planting the seed” of religious liberty, so that it would bear fruit among the laity, it might actually be the laity (Catholic and otherwise) who did the planting, so that one day it would bear fruit among the bishops, as it finally did when the Vatican Council issued Dignitatis humanae in 1965? Comforting though it might seem to posit episcopal leadership in such matters, the American laity, rightly or wrongly, did not wait until the twenty-first century for the bishops to plant such a seed. In fact they have been out in front, while over the centuries, whatever their private beliefs, the bishops were held in check by Rome.

Now, it’s true that a year ago, the same Committee’s statement, “Our First, Most Cherished Liberty” (April 12, 2012) pays somewhat more attention to history, referring back to colonial Maryland’s brief experiment with a limited religious toleration, to Cardinal James Gibbons’s praise for religious freedom in 1887, and so forth. But it is a highly selective attention, completely ignoring nineteenth century papal condemnations of this “cherished liberty.” It’s thus rather like extolling the long history of American freedom while averting one’s eyes from the realities of slavery.

It’s worth reflecting on this, because such misreadings of history exemplify why such appeals are likely to have little resonance among Americans, Catholic or otherwise. Yet these misreadings are all too common among Catholic leaders (and by no means restricted to them alone—think of the EU’s recent battle over the Christian role in Europe’s “heritage”). Part of the error stems, no doubt, from an ignorance of history, or more likely, history badly taught. Take, for instance, the role of St. Thomas More, cited by the USCCB in its Fortnight of Freedom. More, surely, was a great man, and indeed a saint, who died for his beliefs. But in no sense was he the exemplar of religious freedom that the bishops would have us believe. As King Henry’s chancellor after 1529, he was engaged in the persecution of heretics—it was, after all, in his job description (as indeed More’s chancellerian successors under Elizabeth and others were charged with persecuting Catholics, and for that matter, Dissenters of various sorts).

But leave More to one side. The greater question implicitly raised by Lori, but never answered, has to do with the Catholic Church’s recent conversion to a view of religious freedom as a “fundamental right.” When and why did it happen? Here, Lori’s historical account carries us back no farther than Dignitatis humanae forty-eight year ago. Again he’s perfectly accurate when he says that “successive popes have reaffirmed the church’s commitment to this principle,” and though he rather surprisingly ignores John XXIII’s role in planting seeds, he cites John Paul II, Benedict XVI, and now Francis I, in support of religious freedom. Yet isn’t this a bit like saying that ever since the Voting Rights Act—also of 1965—successive U.S. presidents have upheld the ideal of racial equality? Case closed, in short; and there’s no longer any need to delve into America’s murky past from 1789 to 1964, and to have to explain the difficult contradictions that crop up.

Or is there? And if, since 1965, “successive” popes have upheld religious freedom, what can we say about “predecessive” popes, those who earlier presided over the governance of the church and its teachings for almost two millennia? Should we simply ignore them? There’s no need to return to the problems and the corruptions of the medieval and renaissance papacies, or Nicholas V’s authorization of slavery in Romanus pontifex (1455), which sits awkwardly with John Paul II’s condemnation of it in Veritatis splendor (1993). All you have to do is look at some of the leaders of the nineteenth and twentieth centuries. Read, say, Gregory XVI’s Mirari vos (1832), or Pius IX’s Quanta cura and its annexed Syllabus of Errors (1864), whose teachings were later reaffirmed by Leo XIII, Pius X, and Pius XI. Are those pontiffs spinning in their graves today as they see their ideas overridden by later generations? Or are they (as we may prefer to believe) laughing in Heaven, joyful that the truth that has at last been understood?

Now, this “cherished freedom,” of course, was never particularly high on the agenda of any of the world’s great religions before modern times (in Japan, for instance, even Buddhists fought one another). Still, the fact remains that the earthly historical teachings of these earlier popes would seem to contradict Dignitatis humanae. What to do?

There are three possible answers to this conundrum. First: we can simply elbow Clio and her complications aside, and ignore the question. That is the way church leaders often seem to behave, and it is the way the European Union behaves over the question of the continent’s Christian heritage. A second answer is to say that the teachings of Gregory XVI or Pius IX, authoritative though they may sound, are not in fact part of the church’s magisterium. This might seem a difficult argument to make, but one should never underestimate the power of sprightly lawyers, both civil and canon, to talk themselves out of tight spots.

The third answer, and the one that most historians would favor, is simply that times change and teachings change, so that (in the words of Lumen fidei in 2013) “everything in the patrimony of faith comes to be more deeply understood,” or, as we might say, historicized. That is essentially the argument of John Noonan’s book, which in fact deals both with slavery and religious freedom (though not with historical amnesia). It is also the argument of Patrick O’Neil, one of Noonan’s critics, faced with the problem of explaining how mere religious tolerance, once grudgingly permitted at particular times in particular places for prudential reasons, became metamorphosed into an obligatory universal religious freedom. But does this mean that our predecessors were in fact unwitting heretics? Or that those who favored religious liberty were heretics until the church announced its own conversion?

Hence O’Brien’s comment about the strength of tradition and the weakness of history. Some might see such historical amnesia as deceptive. I should prefer to put it down instead to defective education, particularly defective historical education. But then we historians are always fond of lamenting that these days no one seems to know or care anything about the past and its importance. Like it or not, we are creatures of history, and must face up to the difficulties of our heritage—at least if we expect our pronouncements to be taken seriously.