'Hiking Down Another Path' 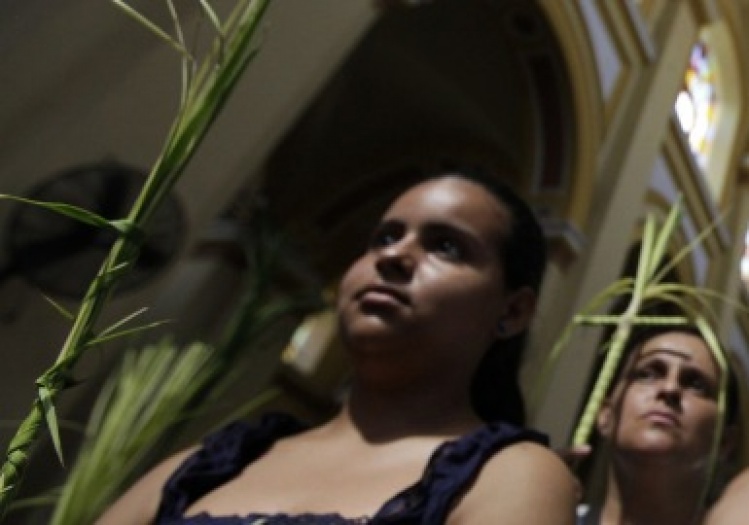 As a 22-year old with a college degree, I am far more likely to have been a “none” than the invested Catholic that I am, but it’s hard for me to really comprehend the fact that I’m demographically an oddball. That’s probably because I attended a university with a strong Catholic identity where not only many of my close friends but also acquaintances took faith seriously, so Catholicism felt normal if not common. I also had a Catholic high school education that stressed service and social justice and presented me with many examples of faithful Catholicism to aspire to; and to the service opportunities offered by my church and my schools where I met those examples in the flesh. And then there were the priests from my parish—a parish that welcomed my participation as an altar server and a musician.

It’s the combination of all these experiences with Church and faith – each of them infused, I believe, with the action of the Holy Spirit – that makes me stay Catholic. It’s true that none of these formative experiences directly involved my parents, but it’s equally true that none of them could have been possible without them. My parents were the ones who took us to church each week and who first made faith a normal part of our daily lives. They were the ones who invited the priests over to dinner so we could meet them and who made the financial sacrifice to put us through Catholic schools. They were the ones who lived the daily example that somehow ingrained in me early on the idea that faith was something to take seriously.

I grow more grateful to (and in awe of) my parents each day for giving me the opportunities for faith; I know that I certainly would not have arrived at this point without them. But I also know that in spite of all of this, it could have turned out differently. I’m the oldest in my family and even though my parents’ tactics haven’t changed much, things very well might be different with my younger siblings. And that’s a terrifying reality, one that I think was expressed very well in the “Raising Catholic Kids” reflections. Parents plant as many seeds as they can, then guard and tend them meticulously. But the miracle of growth requires something beyond the human capacity to bestow, and the fact that it sometimes occurs and sometimes doesn’t is one of those great, frightening, deeply challenging mysteries.

As I write this, I realize that my faith journey has also taken a turn that my parents may not have envisioned. I’m writing from a home for abused and abandoned children in Honduras, where I’ll be working as a volunteer for twelve months. It means missing Thanksgiving, Christmas, and Easter with family; it means my mother losing sleep as she worries about me in this country with its reputation for sickness and violence and all the rest. But this is also the place where I felt my faith was calling me to go.

I was moved in reading about all the ways parents try to be faithful witnesses to the faith they love and how they keep trying when it doesn’t seem to be working. Bear in mind that faith is a journey that ultimately each of us makes with other companions, the most important of whom eye has not seen. But without parents to set us on a path, the trip becomes that much harder. Keep holding up the signs, lighting the lanterns, sending up signals, assisting our individual searches and journeys as much as you can. Just try not to be too discouraged if we hike down another path, or even board a plane to Honduras, to keep looking.

Joanna Gardner handles communications for Catholic Charities, Diocese of Camden, and writes for the Diocesan newspaper, The Catholic Star Herald.

'The Rich Countries Must Show Mercy'