Is the Government ‘Defining Religion’? 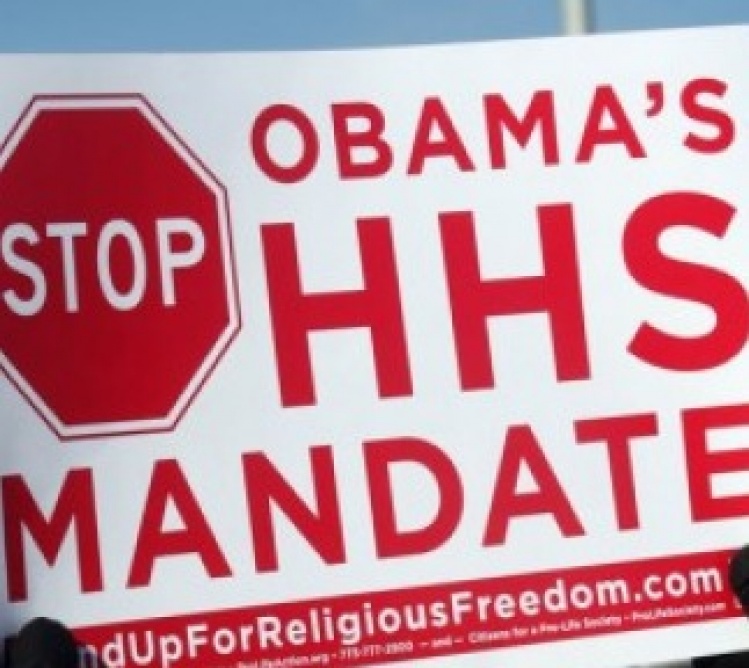 The U.S. Conference of Catholic Bishops continues to oppose the Affordable Care Act because of its contraception mandate and the Department of Health and Human Services’ refusal to extend a blanket exemption to Catholic institutions such as hospitals and universities. The USCCB is not only worried about what the law might force these institutions to do, such as pay for contraceptive coverage. It is also worried what it might say about who they are. In a statement issued last year the USCCB Administrative Committee protested: “Government has no place defining religion and religious ministry.... HHS thus creates and enforces a new distinction—alien both to our Catholic tradition and to federal law—between our houses of worship and our great ministries of service to our neighbors, namely, the poor, the homeless, the sick, the students in our schools and universities, and others in need, of any faith community or none.”

I think the USCCB’s criticism is rooted in a mistaken assumption about how our law operates. The HHS regulations don’t define religion—they define exemptions to the mandate applicable to institutions that certify themselves as religious, while balancing competing concerns in light of the purposes of the particular law they are implementing.

What is the purpose of the controversial contraception mandate? The ACA requires total coverage of many preventive health services because studies have shown that even small copayments deter access. The Institute of Medicine recommended that contraception be treated as a preventive service because women with unintended pregnancies are more likely to engage in behaviors dangerous to themselves and their unborn children. Moreover, studies show unintended pregnancies pose a higher risk of pre-term or low-birth-weight babies, increasing the likelihood of subsequent health problems. To HHS, covering contraception is a public-health issue, not merely a matter of reproductive choice.

Given the purpose of the law, different exemptions for different types of religious institutions make sense. For example, one group of “religious employers” is completely exempt from the mandate. Those employers must meet four criteria: (1) their purpose is the inculcation of religious values; (2) they primarily employ persons who share their religious faith; (3) they primarily serve persons who share that faith; and (4) they are structured as nonprofit, tax-exempt charitable corporations. Employees in such institutions receive no contraception benefit at all.

At the same time, the HHS regulations must balance the religious-liberty interests of all employers against the legitimate expectations of employees and the government’s public health goals. In organizations that have been completely exempted from the mandate—such as parishes and dioceses—employees are more likely to share, or at least accept, the moral views of their employers. Consequently, it will not seem unfair to deny access to treatments that are inconsistent with an employer’s religious views. Nor will it greatly affect the public health objectives of the law, assuming this class of beneficiaries is less likely to use contraception even if it were freely available.

But many Catholic institutions, such as hospitals and colleges, employ and serve non-Catholics. Initially, these institutions did not qualify for any exemption. But in response to criticism from the bishops and others, HHS created a second category of exemption, “to accommodate non-exempt, nonprofit religious organizations.”

According to HHS, the proposed accommodation has two objectives. First, it is intended to ensure that employees obtain no-cost contraception. Second, it will protect certain religious organizations from “having to contract, arrange, or pay for contraceptive coverage.” Insurers and third-party administrators would take over these tasks.

Doesn’t this sort of accommodation make sense in our pluralistic society? HHS emphasizes that the different treatment accorded these religious organizations does not imply that the second group is less religious than the first. Instead, HHS recognizes that the employees in the second group likely have different needs and different values than those in the first group. The vast majority of Americans (including most Catholics) think the use of contraception can be a way of fulfilling their moral obligations, not betraying them.

The bishops rightly note that faith-based employers have a religious-liberty interest at stake in the mandate. They sometimes forget, however, that the employees of these institutions also have religious-liberty interests. In United States v. Lee (1982), the Supreme Court stated that granting an exemption to Amish employers who voiced religious objections to the payment of Social Security taxes “operates to impose the employer’s religious faith on the employees.”

Of course, the proposed accommodation is not the only way to balance the competing interests. The Catholic Health Association and others have suggested broadening the total exemption category to include religiously sponsored hospitals and universities, while providing contraceptives under another government program. This approach is simple, straightforward, and attractive.

But as we debate these options, let’s reject the canard that the proposal on the table is a cynical attack on religious institutions. That’s not the case.