My Meeting with Cardinal Ratzinger 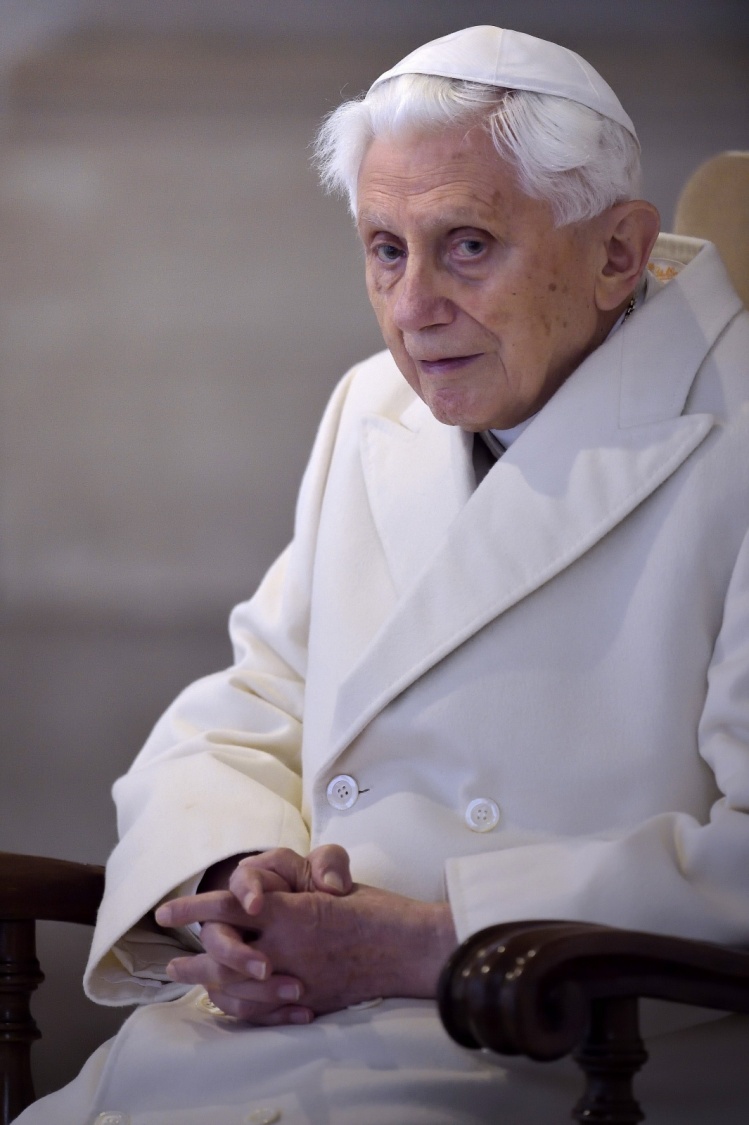 I have met Pope Benedict XVI only once. It was seventeen years ago, when I was a graduate student at Yale. Richard John Neuhaus had organized an invitation-only conference in New York on biblical interpretation. Among the invited guests were Cardinal Joseph Ratzinger, Raymond Brown, the widely respected biblical scholar, and the eminent Lutheran theologian George Lindbeck, my dissertation adviser, who had been a delegated observer at the Second Vatican Council. With the breezy temerity of youth, I wrote Neuhaus (then still Lutheran), and asked to be the “observer from the next generation” at the conference. Much to my amazement, he acceded to my request.

During the first break, Lindbeck introduced me to Cardinal Ratzinger. The conversation went something like this: Lindbeck said, “Your eminence, I would like to introduce to you Cathleen Kaveny, a Catholic studying moral theology at Yale.” I smiled and said hello. Ratzinger smiled at me and responded, “A Catholic studying moral theology at Yale? You’d better be careful or you’ll have the Congregation after you.” I couldn’t believe my ears. After all, I had just heard, while wide awake, what Cardinal Ratzinger—the Grand Inquisitor—would say to me in a nightmare, which naturally would also include a stake, a match, a heap of kindling, and a long, flowing white dress (à la Cecil B. De Mille’s The Story of Joan of Arc). He was joking, of course, as I realized almost immediately. Nonetheless, my face must have turned as pale as Joan’s dress. The cardinal quickly understood the problem: “With whom are you studying?” he asked. And not quite able to speak again, I pointed mutely to Lindbeck. Ratzinger said, “Well, then, that’s all right...you’re in good hands.”

After the break, Neuhaus invited me to sit at the table for the remainder of the conference. But there was only one open seat, right next to Ratzinger himself. I took it with some trepidation. What sort of being was this man? Gradually, I relaxed, as I realized that by virtue of my undergraduate and graduate training, I was already quite familiar with the universal type, if not this particular German model. He was a real academic, delighting in the world illumined by his beloved texts, which conveyed a reality that seemed to be more vivid to him than the reality conveyed by his own senses. In his discussion with Lindbeck and Brown, I saw immense mutual respect, significant mutual challenge, and not a trace of condescension or rank-pulling on his part. I also got the distinct impression that Ratzinger was relishing the intellectual exchange, much as a professor swamped with departmental administrative responsibilities relishes the all-too-rare opportunity to participate in colloquium on a key topic in his or her own academic field. He also seemed quite shy, in the peculiar, nonretiring manner that many academics are shy: they fearlessly present the contents of their minds for public examination while closely guarding the paths of their hearts.

Now nearly two decades older, I am not yet entirely depleted of breezy temerity. So I would like to give the new Pope Benedict five suggestions, reminding him of what he doubtless already knows.

• Please preach the Good News. People around the world desperately need to hear the Good News of the gospel—that each one is made in the image and likeness of God; that each one is dear to God as a precious child; that the tears and sorrows of this age will be wiped clean in the next, through the life, death, and Resurrection of Jesus Christ. The individualism, materialism, and relativism you see in the United States and Western Europe are symptoms, not causes. If the church does not provide a compelling, positive, vibrant vision that can generate hope of new life in people’s hearts, railing against the symptoms is only going to plunge people further into apathy or despair. No one joins the Church of No.

• Please live out the meaning of your new name. As prefect of the Congregation of the Doctrine of the Faith, your job was to say no—to condemn theological views that you believed to be inconsistent with Catholic doctrine. But condemnation is not a value in itself; the no has to be in service of a broader, blessed yes—to the fullness of Christian life. The job of the pope is to articulate and model the yes to the Catholic faithful and to the entire world. “Benedict,” “the blessed one,” comes from the Latin benedicere, which means “to praise” or “to bless.” As pope, you must show that you can bless and praise as well as condemn.

• Please remember that not everyone approaches the world the way we academics do. For most people, the reality of the church is determined not by their ruminations about its doctrine, but by their concrete experience of its care for their own material and spiritual welfare on a local level, and by their perception of its care and concern for others around the globe. For example, to invoke the distinction between the church as the spotless, sinless bride of Christ and the sinful acts of some of the church’s leadership can seem not only hopelessly abstract, but also hopelessly callous to any parent whose child has suffered abuse at the hands of the clergy.

• Please spend some time thinking about the ways in which men and women have similar gifts, aspirations, and callings. In your recent Letter on the Collaboration of Men and Women, you so emphasized the differences between men and women that it became difficult for some people to conceive how women and men could actually work together. But many of us do so all the time. For many people, raising children involves collaboration as much as division of labor. Women work with men as lawyers, doctors, scientists, theologians, and world leaders. The secretary of state of the most powerful nation on earth is a woman. It is not beyond the realm of possibility that your papacy may see a female president of the United States. The church’s anthropology should not give rise to the mistaken view that women who are accustomed to working closely and collaboratively with men are ontological aberrations.

• Finally, please let us see, somehow, that the Holy Spirit has infused your heart with love, and not merely gifted your mind with wisdom. In these polarized times, the words of St. Paul to the Corinthians apply to each and every one of us. “If I speak with the tongues of men and of angels, but have not love, I am become sounding brass, or a clanging cymbal. And if I have the gift of prophecy, and know all mysteries and all knowledge; and if I have all faith, so as to remove mountains, but have not love, I am nothing. And if I bestow all my goods to feed the poor, and if I give my body to be burned, but have not love, it profiteth me nothing.” As any good scholar of St. Augustine knows, the decisive mark of the Catholic Church is charity, not purity.

Related: What Next? Five writers look ahead to the challenges Benedict XVI will face
Click here for more on Benedict XVI from Commonweal