The Gentle Light That Vanishes and Returns 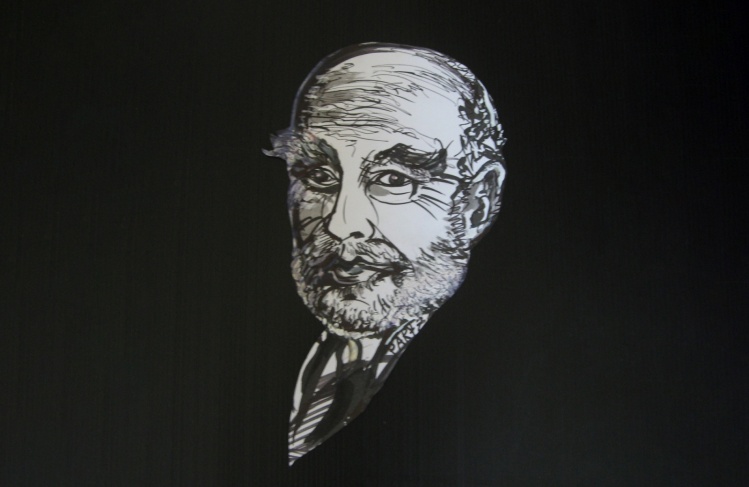 The Polish poet and essayist Adam Zagajewski, who passed away late last month at the age of seventy-five, was born on June 21 (the day that marks the beginning of summer) in 1945 (the year World War II ended) in what was then the city of Lvov in eastern Poland but today is the city of Lviv in western Ukraine. Given these origins, Zagajewski’s distinction as an internationally celebrated poet of exile, history, and remembrance seems almost scripted. Arising from the rubble of the postwar world, his poems and essays bear witness to the experience of millions of displaced and uprooted lives. In his most famous poem, “Praise the Mutilated World,” he writes: “You’ve seen the refugees going nowhere, / you’ve heard the executioners sing joyfully. / You should praise the mutilated world.”

That poem appeared in English translation in the New Yorker’s first issue after 9/11—an understandable choice, but one that tethers the poem to a momentous historical event in a way that seems contrary to Zagajewski’s poetic ethos. The lines directly following those I quoted above read: “Remember the moments when we were together / in a white room and the curtain fluttered.” The shift is characteristic of Zagajewski. Here as elsewhere, private experience flares up in the dark of history and is even deployed against it. In “Summer ’95,” the Srebrenica massacre goes unmentioned until the very end of the poem; primacy is given instead to memories of the Mediterranean light that summer: “It was summer in evening’s slant light, in the pale / stains of stars, when the buzz of countless / trifling conversations had died out and only / silence waiting for a sleep bird to speak.”

The word “remember” is repeated often, mantra-like, in both of these poems. Perhaps no word recurs more often in Zagajewski’s oeuvre. Take the subtitle to “In a Little Apartment,” from the collection Eternal Enemies (2008): “I ask my father, ‘What do you do all day?’ ‘I remember.’” But remembrance, in Zagajewski’s work, is never a matter of mere recollection; it is at once a demand, a desire, and a destination. His poetry finds its purpose in elusive memories—half-glimpsed, half-remembered. They are the fragments he has shored against the ruin of time and history.

In his essay “Beginning to Remember,” Zagajewski distinguishes between two kinds of memory. On the one hand, there is the memory of intellectual synthesis, of large outlines and historical monuments, but there is also the memory of what he calls “little snapshots”:

What lingers after reading a Zagajewski poem is not the grand sweep of history, but a competing, if more fragile, perspective.
sharetweet

fleeting instants, a single-use camera producing atoms of recollection, which are not only unsuitable for enlargement and standardization, but even take pride in their absolutely idiomatic nature. And it is this memory—small, quick, acute—that refuses death, will not agree to alter completely its system for archiving recollections. And thanks to this, it retains more life, more freshness in its flashes. It keeps repeating: remember, remember, remember...and after each ‘remember’ another slide from its vast repository.

Though “Beginning to Remember” is an essay about the great Polish poet Zbigniew Herbert, who was likewise born in Lvov, the passage above best describes Zagajewski’s own literary vision. Against the epic and imposing forces of history, Zagajewski emphasizes little privacies, changes in the light, the passing shadows of our finite existence. His poems may well invoke the Holocaust, Communism, Europe, and America, but they do so anxiously, even reluctantly. What lingers after reading a Zagajewski poem is not the grand sweep of history, but a competing, if more fragile, perspective: his mother, for instance, making “Sunday coffee, / or, even worse, filet of cod”; a mailman dozing on a bench while “letters leap / from his bag like swallows”; or the “gentle light” at the end of “Praise the Mutilated World” that “strays and vanishes / and returns.”

There is, of course, the danger of sounding sentimental or nostalgic when writing about memory in this way. The poet and translator Michael Hofmann, in an admiring yet critical essay, regretted that a “corn-syrupy sweetness” and a “spirit of happy-endism” became too pronounced in Zagajewski’s later poems. The wit and toughness that once offset these more saccharine elements, Hofmann claimed, somehow lost their edge. I suspect Zagajewski was aware of this. (From “Smoke”: “Too many elegies. Too much memory.”) He was always arguing with himself about the perils of irony in writing: for example, in his essay “A Defense of Ardor,” he writes that “when it occupies the central place in someone’s thought, irony becomes a rather perverse form of certainty.” The danger, he felt, was that a wholly ironic gaze would leave no room for what in the same essay he calls “metaphysical shiver,” those trembling moments when, moving through the world, we catch a glimpse of the transcendent or the infinite. I’ve often thought to myself that the many poems he wrote in the second-person were exhortations addressed to himself: “Don’t allow the lucid moment to dissolve / Let the radiant thought last in stillness / though the page is almost filled and the flame flickers / We haven’t yet risen to the level of ourselves.” Like the films of Terrence Malick, Zagajewski’s poetry is a study in how to look at the world with humility and awe.

I didn’t know Zagajewski, but we met in 2017 at a West Village coffee shop where I interviewed him for EuropeNow, a journal based at Columbia University. Our conversation unavoidably turned to the previous year’s political upheavals in Europe and the United States: the Brexit vote, the election of Donald Trump, and the rising tensions between the EU and Poland’s Law and Justice Party. They seemed to herald the unraveling of the postwar liberal order, an order whose hopes and values he—as a Pole who grew up in the Soviet Union, the son of a family forcibly relocated as a result of Allied concessions to Stalin during the Yalta Conference—cherished and even embodied. (My friend Ian Marcus Corbin, writing in First Things, has explored this aspect of his authorship in greater depth). Writing the dates of his birth and death at the top of his essay, I can’t help but wonder, pessimistically, if they also mark the beginning and end of a unified Europe. The long and difficult process that began after World War II and peaked, I suppose, with the collapse of the Berlin Wall and the Soviet Union seems chronically imperiled today by nationalism and populism. (It has hardly been helped by the EU’s disastrous handling of the COVID-19 vaccine rollout). Before parting ways, I asked Zagajewski to sign my copy of Without End, a selection of his poems published by Farrar, Straus and Giroux in 2002. He wrote: “To Morten—at Starbucks—hoping that populism will lose.”

In a strange coincidence that may well have elicited a wry smile from Zagajewski, I had sent a few poems from that same book to a friend just three days before his passing. I don’t know what prompted it or why I chose his poems exactly, other than the suspicion that my friend would like them, which she did. She wrote back to say that they seem to build like waves; from somewhere small or provincial, the reader is washed ashore on a deeper level of experience and significance. It’s an apt and beautiful description that precisely captures the luminous metaphysical quality of Zagajewski’s best work: its commitment to faint whispers of eternity, to the appreciation of the natural world—to the gentle light that strays, and vanishes, and returns.

Morten Høi Jensen is the author of A Difficult Death: The Life and Work of Jens Peter Jacobsen (2017). He has contributed to the New York Review of Books, the New Republic, the Point, and the American Interest, among others.