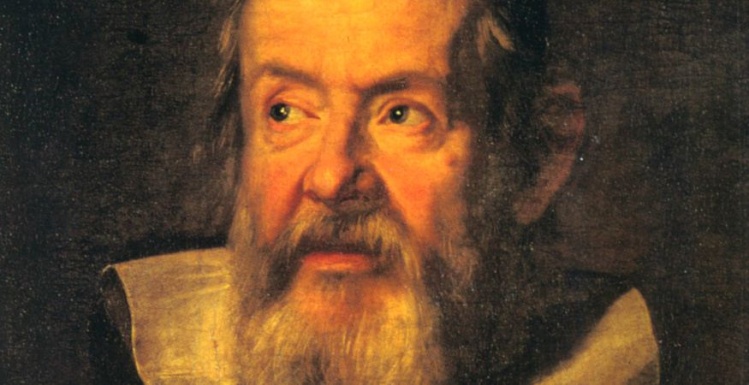 When Northwestern University psychologist J. Michael Bailey released The Man Who Would Be Queen, transgender activists were deeply affronted by his main argument—that some male-to-female transsexuals were not, as the prevailing account went, women trapped in men's bodies. Instead, he claimed, they were so turned on by the idea of being women that they were willing to undergo major surgeries and hormone treatments to become the objects of their own desire. The idea that erotic desire was at play threatened the consensus that had led to increasing acceptance of the transgendered—that they were not sexual perverts, but victims of a cruel trick of nature, and thus no less deserving than people with cleft palates or polydactyly of the surgeon’s skills, the insurer’s largess, and the sympathy of the unafflicted.

The response of transgender activists was vicious. They alleged that Bailey had conducted research without proper protocols, that he had practiced psychology without a license, that he had had sex with one of his subjects. They pressured the Lambda Literary Foundation to remove his book from consideration for an award, on the grounds that its inclusion was “like nominating Mein Kampf for a literary prize in Jewish studies.” One activist published on her blog photos of Bailey’s school-age children along with an attempt at parody that read in part, “there are two types of children in the Bailey household,” namely those “who have been sodomized by their father [and those] who have not .”

Some of the attackers were fellow travelers of another Northwestern professor, sexuality researcher Alice Dreger. While initially sympathetic to them, she came to suspect that Bailey was a victim of a smear campaign, and after a year of investigation, she concluded not only that his science was sound but that the charges leveled by his opponents were “a sham”—and an “appalling” one at that. Doctrine had been allowed to supplant fact, and activism had ceased to be “evidence-based,” as Dreger argued it must be. After she published these findings in the Archives of Sexual Behavior, the industry’s flagship journal, the activists’ guns were turned on her until, finally, she found herself “sitting on the kitchen floor and crying into my hands.” She had, she realized, joined Bailey in “a fraternity of beleaguered and bandaged academics who [have] produced scholarship offensive to one identity group or another and who [have] consequently been the subject of various forms of shout-downs.”

Dreger’s experience set her off on a years-long quest to find her fellow victims, and Galileo’s Middle Finger is the result of her travels. She profiles the biologist and anthropologist whose argument that rapists are motivated in part by sexual urges had outraged feminists wedded to the notion that rape was always an expression of power. She meets with the editor of a journal that published an article claiming that childhood sexual abuse was not always devastating to its victims, which became, according to Dreger, “the only scientific paper ever to be condemned by an act of Congress.” She spends considerable time with Napoleon Chagnon, the anthropologist whose study of the Yanomamo of South America had been the subject of a bestselling exposé alleging, among other things, that Chagnon and his colleagues had intentionally inflicted a measles epidemic on the tribe—charges that Dreger says are entirely unfounded.

Dreger offers these tales not simply to illustrate just how vitriolic academic debate compounded by political correctness can become or how scarred it can leave its participants, but to make a much larger point. Conservatives may portray climate science as a hoax and evolutionary biology as an atheist conspiracy, but the left, or at least its identity-politics sector, also knows the sin of trying to suppress science that contravenes its principles. Here’s where Galileo enters Dreger’s story: she and her fraternity, she claims, are facing a situation similar to the one faced by Galileo when he spoke the truth of the heliocentric cosmos to the power of the Catholic Church. If activists are willing to shout down scientific evidence that they don’t like, then they are no better than Pope Paul V. Even worse, they are undermining the foundations of democracy, which, she says, flows from the same wellsprings as science: the Enlightenment belief in our ability to use reason to sort out the true from the false, which relies on a politics that leaves us free to do so. “Sustainable justice,” she says, can’t “be achieved if we [don’t] know what’s true about the world.” On the other hand, if activists are willing to submit their prejudices to scientific scrutiny and to face the resulting truths, then they will be able to pursue just causes, and to do so effectively.

IT'S AN AMBITIOUS argument, one that would be hard to support under any circumstances, and Dreger does herself no service by glossing over the many fault lines she must traverse. The idea, for instance, that science and democracy are inseparable, while appealing, is as naïve and contentious as the view that democracy and capitalism are blood brothers; ancient Islamic political culture, for instance (not to mention modern China), produced robust and sustainable science. Nor is justice, which, as any courtroom litigator will freely tell you, is at least as indebted to narrative as to fact, necessarily evidence-based; indeed, there is no truth about the world that proves we ought to strive toward justice, only belief. Dreger does not help her case when she writes that “the Founding Fathers…understood the usefulness of the scientific review model” and thus invented a system of checks and balances—an argument that blends anachronism with category error to yield incoherence. She does not account for the order-of-magnitude difference between the terror that activists armed with blogs and cardinals armed with the rack can commit—or between private citizens who shout down academics and lawmakers who shut down legislation on the grounds that climate scientists are hoaxers. She does not tell us how the “Galilean type”—“men and women who are smart, egotistical, innovative, and know they are right,” among whom she includes herself—is to be distinguished from the arrogant crank. And her narrative voice—a snarky, bawdy version of the plucky detective Kinsey Milhone, who, upon viewing Galileo’s mummified middle finger, thinks of him flipping the bird to the pope—does little to build a reader’s confidence that she understands the complexity of her own argument, let alone that she has proven it.

Which isn’t to say that Dreger is not smart, or a talented writer. Rather, she has missed an opportunity to use her gifts to shine a light on a problem bequeathed by the Enlightenment that bedevils the relationship between science and politics and which most of her examples illustrate nicely. Galileo’s challenge to the authority of the Catholic Church, as she correctly asserts, was one of the seminal moments in the overthrow of ecclesiastical authority over individual judgment. But the wish for authoritative accounts of existence did not disappear, and science, with its promise of revealing the bedrock truth about us and our world, arose in religion’s place. This is why it has become such contested, and coveted, territory: prove that transgenderism is “natural,” and you have put yourself (and your cause) beyond debate. But surely there is no scientific proof that we should accept (or not) transgender people, or condemn (or not) rape. Unlike the question of whether the sun circles the earth or vice versa, these are moral concerns, about which science must remain mute. Dreger’s book at its best, and despite her intent, shows us what happens when science is asked to do more than it can. It is about the limits of scientific knowledge, not about its potential to set us free.

Gary Greenberg is a contributing editor at Harper’s Magazine and the author, most recently, of The Book of Woe: The DSM and the Unmaking of Psychiatry (Blue Rider Press).