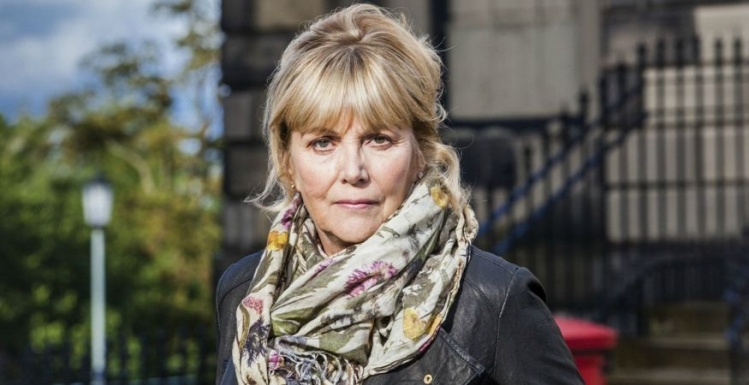 Readers of Kate Atkinson’s previous novel, Life After Life (reviewed in Commonweal in March 2014), will be both at home and disquieted in the world of her equally fascinating A God in Ruins. Here we are again at Fox Corner, the family home of the Todds, with Sylvie and Hugh presiding over the upper-middle-class lives of Maurice and Ursula and Pamela, Teddy and Jimmy. While Ursula was the center of Life After Life, Teddy is the protagonist this time out, in a novel that Atkinson describes as a companion piece and not a sequel to the earlier work, covering as it does much of the same time frame but from Teddy’s point of view.

In Life After Life, Teddy disappeared on a bombing run over Germany, presumably either lost or taken as a prisoner of war, only for Ursula to see him unexpectedly across a crowded London pub. At one point Ursula had said to Teddy that “you just have to get on with life” because “we only have one after all.” For Ursula, who had many deaths and many lives, this was a strange commentary on her own story, but perhaps a clue to the way Atkinson would play with time in this latest book, while Teddy’s response, “What if we had the chance to do it again and again…until we finally did get it right? Wouldn’t that be wonderful?” was exactly right for Ursula but definitely not what A God in Ruins is all about.

What is it about? Though both books focus on the Second World War, A God in Ruins centers mainly on Teddy’s experiences as a Halifax Bomber pilot frequently en route to Nazi Germany. We meet new characters, not just Teddy’s fellow crew members but also Nancy Shawcross—the girl next door whom Teddy marries—and their daughter, the frightful Viola; her wastrel husband Dominic; and their two children Sunny (a boy) and Bertie (a girl). But Atkinson’s deeper interest is in the interplay of real life and the life of the imagination. Which, in the end, she seems to be asking, is the truer life? While what happens to us is determinative, what we wish had happened may be richer, and living within a story has its distinct advantages.

In A God in Ruins we see Teddy in his early years as charming, sensitive, and thoughtful. He is a “good boy” in the best and worst senses of the phrase—so well-behaved as to be on the verge of dullness, so good that his aunt Izzie is inspired to create a series of books about a boy who’s practically his polar opposite. But these qualities will define him all the way through: by his early twenties he is taking fatherly care of his bomber crew, and to the very end he seems genuinely to love his fabulously odious daughter Viola, as well as his two grandchildren, the mysterious Sunny and the down-to-earth Bertie, who is with him at his deathbed.

In Life After Life, Atkinson depicted the many lives of Ursula in more or less chronological order. But the story of Teddy’s single life unfolds differently. The lives of his parents, siblings, wife, daughter, and grandchildren are recounted in what at times seems random order, but the whole is held together by the chapters that tell the tale of Bomber Command. Scenes of Teddy in later years alternate with scenes in the cockpit of the Halifax as it approaches Berlin or ditches in the North Sea or pancakes in an English field or is hit and begins to fall out of the sky. In the end, the searing realism of life as an RAF pilot and the richness of a long life well lived come together in a remarkable dénouement that plays off the very different story of Life After Life. Ursula has many lives, or at least many false starts, but they end quietly on a park bench in 1964. Teddy has one life that takes him into his nineties and yet, like so many men of his generation, he is never again quite as alive as he was in battle.

Teasing the reader who knows the earlier book, Atkinson sketches a scene in which Ursula is clearly pained by the saturation bombing the Allies perpetrate against German cities in the later years of the war. On the defensive, Teddy tells her he wishes he could “go back in time and shoot Hitler,” which of course is exactly what had been possible in one of Ursula’s lives. There is also a scene in which Ursula tells Teddy that “she liked the idea of reincarnation,” though she couldn’t actually believe in it. And at one point, Viola muses on the fact that there are no second chances in life (not at all how Atkinson sees things)—that if she could retake the journey she would “learn how to love,” which, in the end, she does. Over and over again, Atkinson encourages us to move beyond the banality of everyday time and to let the imagination take over.

At the close of A God in Ruins, even more than its predecessor, we are left wondering what is real and what is not. Perhaps, too, we need to remember Atkinson’s confession that her fiction is not just a story but also a story about fiction. If we yearn for the imaginary to be more real, we should remember that, in fiction, even the real is simply imaginary.