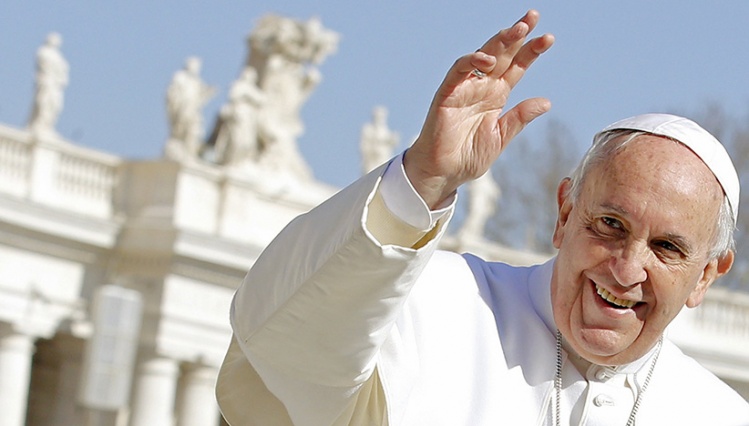 "We have yet to learn all the good wrought by ‘Vatican Two,’” Garry Wills observed in 1972, “and all the damage.” Likening “Rome’s crumbling” after the council to “the fall of a world—the cracking of an adamantine thing,” Wills paraphrased D. H. Lawrence on sex and described the council as having “let out the dirty little secret...that the church changes.”

These reflections began Bare Ruined Choirs, a stunning set of essays Wills wrote as the hopes of the 1960s drained off into the dismal decade that followed. Four-plus decades later, the eighty-year-old Wills is still writing about what Catholics used to call “changes in the church.” The Future of the Catholic Church with Pope Francis is a study both of such changes and of change itself as the church’s “means of respiration.” Wills sets out “to watch the phases of this process, the reaction of the church as a living body in real situations.” Envisioning change in the church as a series of “comings and goings,” he divides his book into five parts that deal in turn with the coming and going of the Latin language; papal pretensions to monarchy; Christian anti-Semitism; natural law focusing on contraception, patriarchy, and abortion; and, finally, confession.

In Bare Ruined Choirs, liturgical changes, especially the change from Latin to the vernacular, “posed the whole problem of change in its most poignant form.” Fittingly, Wills’s new book begins with “The Coming and Going of Latin,” conceived now in terms of inclusion and exclusion. No poignancy here, however, just tyranny and betrayal of Pentecost. Could this be nothing more than a Yale classicist’s disdain for clunky church Latin? It’s hard to believe that someone who still spells Virgil with an e retains none of the poignancy for a displaced tradition he once described so elegantly. This is history without pathos.

At the book’s center is a section titled “Coming and Going of Monarchy,” including seven chapters on church and state, structured around such questions as: Who owns Constantine? Who owns Peter? Who owns the sword? Who owns the pope? Wills is most at home in late antiquity, and this section’s chapters on the relation of church authority and political power are among the book’s most thought-provoking. His views are consistently contrarian. In his construal, Nicaea was not primarily about Arianism and the Creed, but more about the role and authority of bishops. Constantine “created orthodoxy,” writes Wills, who prefers Newman’s “eclectic” Constantine to Jacob Burckhardt’s “caesaropapist” emperor. With his reprise of the Renaissance humanist Lorenzo Valla on the fake Donation of Constantine, and in his treatment of the legends of Pope Silvester [sic] and Saint Helena, Wills retreads familiar ground, telling tales of forgery and deception worthy of Bart Ehrman. This unrelentingly slimy story of fall and corruption, as Peter becomes pope and pope becomes vicar of Christ—a late papal title Wills finds grievously offensive—has little, if anything, to redeem it.

If there is a theological heart to this book, it is the chapter on “Churches and States.” Here Wills, who has written six books on St. Augustine, turns to the City of God, in particular Books 18 and 20, to explain his understanding of the visible church in time as “a mixed bag.” We catch a glimpse of how Wills might square his Thomas Nast–cartoon version of church history—all those mitred episcopal alligators emerging from the Potomac to devour our freedoms—with his self-understanding as a Catholic. In Wills’s reading, the church is not St. Augustine’s Heavenly City, and membership in it does not guarantee one’s destiny in the City of God. He argues that, for Augustine, human societies are not based on truth and justice, but on something more like what John Ruskin called “social affections.” Like the Heavenly City, the Earthly City is also eternal, and for Wills this means that “we share for a while a third city, a mixed one in both the political and religious spheres...a place of divided loyalties, not only in social relations but in the individual soul.” In Wills’s translation of Book 18, the church is a place “where many recalcitrants are mingled with good people, and both are collected in a kind of Gospel dragnet.”

In this fallen world, Wills finds equivalence between churches and states. The “large gang of thieves called the government trying to enforce justice” operates in the third city on equal footing with “the large gang of sinners called the church trying to remind one another of the love of God.” Wills concludes: “We are, at our best, not only members but patriots of our blundering state and sinning church, muddling along in our shared city.”

Readers expecting a tour de force through church history will be disappointed by The Future of the Catholic Church with Pope Francis—as will those looking for new perspectives on the new pope. Wills’s Introduction compares Francis to Buster Keaton in Seven Chances, running down a mountainside “pursued by a giant landslide of boulders,” dodging them all the way to the bottom, where “an even greater menace forces him to run back up through the continuing rain of rocks.” Later, concluding his treatment of Latin language “tyranny,” Wills returns to Francis and his evocation of Pentecost in Evangelii gaudium, which lends weight to the conclusion that “the reign of Latin was a massive betrayal of all that Pentecost means.” The pope then goes missing for 168 pages, resurfacing for cameos in in which Wills compares him to John XXIII, warning that we can’t expect Pope Francis “to change the church all by himself,” but should see him as a midwife who helps bring forth change by “encourag[ing] others to respond with him to the Gospel call toward the poor.”

Wills appears to have dashed off much of this book largely from books in his personal library—in which Vatican II–era sources vastly outnumber more recent works. Time seems to have stopped for him during the thirty-four years of Popes John Paul II and Benedict XVI. But a reader may well finish these pages with a question: If the church is “a large gang of sinners...trying to remind one another of the love of God,” who better reminds us of the love of God than Pope Francis?

Wills concludes that a pope like Francis “bodes well for the future of the Catholic Church.” “Welcoming change,” he writes, “does not mean dismissing the past, as if it did not exist, it means reinhabiting it with love, a sensus fidei, a reliance on the People of God.” Who could argue with that? Unfortunately, however, this book is little more than a random narrative of church history whose imaginative core has Buster Keaton dodging boulders down a mountain and then back up again.

Concluding a long review of Wills’s Papal Sins (2000), mathematician and self-proclaimed philosophical theist Martin Gardner wrote, with just a touch of frustration, of a “mystery and strangeness that hovers like a gray fog over everything Wills has written about his faith.” Wills’s radical Augustinianism, and the social affections to which he appeals over reason and justice, help shed some light on the mystery to which Gardner alluded. Wills, in fact, is such a radical Augustinian that the anti-Donatist Augustine, who seems to have thought that God had so endowed the “Gospel dragnet” that the grace of Christ would always be on offer there, might not recognize him.

It’s not clear who, exactly, the audience for this book is. Who reads Garry Wills? I am a Catholic of a certain age who caught the tail end of the world Wills describes in “Memories of a Catholic Boyhood,” the opening chapter of Bare Ruined Choirs; and, though I would prefer a different word than ghetto, I agree with his conclusion: “These moments belonged to a people, not to oneself. It was a ghetto, undeniably. But not a bad ghetto to grow up in.” My own “social affections” are hopelessly entangled with the church. I also teach church history, and so the forgeries and deceptions Wills chronicles are not news to me. If I have to decide, I’m temperamentally inclined to take social affections over truth and justice any day. But if the church really is a “mixed bag,” social affections will be mixed up with truth; and truth, however partial and incomplete, makes claims.

Wills cites John Henry Newman frequently. His study of changes in the church, however, is not about anything Newman would recognize as developments. They are simply changes. The book opens with an invocation of G. K. Chesterton’s chapter on “The Five Deaths of the Faith” in The Everlasting Man. Corruption or the Roman Empire should have killed the church, Chesterton wrote, “yet it was constantly reanimated from some supernatural deathlessness.”

Of that supernatural deathlessness, The Future of the Catholic Church with Pope Francis breathes barely a trace. If the scandalous list of forgeries and deceptions in church history are not mixed up with some of God’s truth, then, to paraphrase Flannery O’Connor, the hell with the church! The question for Wills is this: Why do we need the church or Pope Francis to remind us of God’s love? I can hear the disaffiliating millennial asking: A mixed bag—really? Why bother, bro?