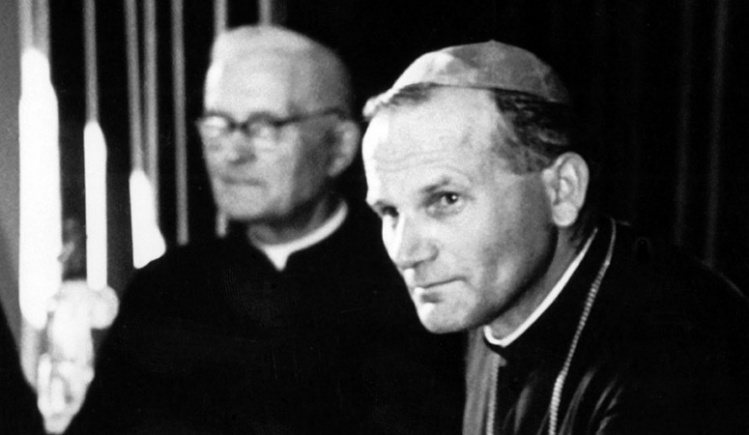 The conflict behind the creation of the Second Vatican Council’s Declaration on Religious Freedom is familiar to many. The American Jesuit John Courtney Murray proposed, in 1948, a reconsideration of the classical Roman Catholic approach to church-state relations, which held that, in a truly just society, only the Catholic religion would be practiced publicly and that non-Catholics would be denied the right to worship or express their faith in public. The Vatican’s Holy Office condemned four doctrinal errors in Murray’s work and he was silenced by his superiors. Then, a decade later, he was invited to serve as a theological adviser at the Second Vatican Council—where the most tumultuous debates over the course of four annual sessions were on religious freedom. During those debates a number of the most powerful figures in the church warned that embracing religious freedom would be a betrayal of the church’s doctrinal heritage. With Dignitatis humanae (1965), the council finally offered an authoritative and historic affirmation of religious freedom.

Less well known is a secondary conflict that took place within the ranks of those who supported religious freedom at the council. Murray proposed—and the American bishops strongly supported—a “juridical” approach to religious freedom, which would treat it primarily as freedom from coercion by governments, and he defended that freedom primarily by appealing to natural law. Others, however, advocated a more theological approach, rooted in Christian revelation and fundamentally linking freedom and truth.

Thanks to the work of David L. Schindler and Nicholas J. Healy Jr., who both teach at the Washington-based John Paul II Institute for Studies on Marriage and Family, the contours of this latter dispute and its impact on Dignitatis humanae can now be better understood. Their new book, Freedom, Truth, and Human Dignity: The Second Vatican Council’s Declaration on Religious Freedom, offers the uninitiated a deeper look at the document’s origins than the standard popular accounts have provided.

Histories of the council have long recognized the central place of French theologians and bishops—in particular Yves Congar, OP—in promoting the revelation-based approach. While not ignoring Congar, Schindler and Healy place another figure closer to the center of the argument: Archbishop Karol Wojtyła, later known as Pope (and now Saint) John Paul II. Through a careful presentation of the various drafts of Dignitatis humanae in English translation (in itself a helpful contribution to students of the council) and Wojtyła’s own conciliar interventions, they construct a compelling case.

Those familiar with Wojtyła’s papal magisterium, especially his 1993 encyclical on moral theology, Veritas splendor, will recognize the thinking expressed in his interventions at the council. “It is in the truth that the human person achieves his own proper perfection, for the truth corresponds to his rational nature and constitutes the firmest foundation for true freedom,” he argued in a written intervention in the fall of 1964. And in a speech on the council floor around the same time, he said succinctly, “There is no freedom without truth.” Schindler and Healy point out real and important ways that the text of Dignitatis humanae came to reflect this thinking.

For his part, Murray was disappointed in this development. He saw it as an unnecessary embellishment and a potential threat to what ought to have been the church’s principled commitment to the right to religious freedom. It is a short step, he argued, for a government—be it Catholic or Communist—that sees itself as possessing truth to decide it must impose that truth and repress error for the good of the people.

Besides shedding light on Wojtyła’s prominent role, Schindler and Healy also propose a further revision of the standard account of Dignitatis humanae, which sees the juridical and theological approaches finally enshrined together in the text. They argue that the Wojtyłian approach actually ought to be understood as the guiding force of the entire document, the heart of its argument, with Murray’s juridical approach relegated to a secondary place within that larger context.

This seems to me to be a harder case to make. The brief document is, after all, made up of a short introduction followed by two chapters. The first chapter clearly presents the juridical approach Murray championed, while the second offers a more theological approach. (Inexplicably, the English version available on the Vatican website omits the document’s chapter divisions. This is not the case in the Latin version, nor in any of the other translations on the site.)

Religious freedom, chapter one begins, “means that all men should be immune from coercion on the part of individuals, social groups, and every human power.” Again and again throughout the following paragraphs, this right to immunity from coercion—“both psychological freedom and immunity from external coercion”—is emphasized. The human person “must not be forced to act contrary to his conscience. Nor must he be prevented from acting according to his conscience, especially in matters religious.”

The second chapter, of nearly identical length, picks up the theological approach, rooting religious freedom in revelation and Scripture. Repeating in its first paragraph the document’s understanding of the right as “immunity from external coercion in religious matters,” it acknowledges that religious freedom is not explicitly taught in Christian revelation, but nonetheless insists it is “one of the key truths” of Catholic teaching.

One gets the impression from Schindler and Healy that a few references to a freedom-truth connection outside the boundaries of chapter 2 demonstrate the triumph of the Wojtyłian view over Murray’s in the final document. However, this cuts both ways: by a similar accounting, the eight reiterations of religious freedom as immunity from coercion in the second chapter could suggest the triumph of Murray’s thinking.

This is not to say that Murray’s approach did not become somewhat relativized during the drafting process. It is quite clear that as the document neared its final form, the more theological approach, with its insistence on freedom’s bonds to truth, was indeed given more prominence. Many observers at the time recognized that Murray’s absence from the later drafting process due to his poor health weakened the opposition to Congar. (At one point in his interpretive essay, Schindler audaciously suggests that the providence of God may have been behind Murray’s ill health.) Still, it is not right to say that the revelation-based, freedom-truth approach became the document’s guiding idea, with the juridical taking a backseat. In fact, they share more or less equal footing in the final document.

Finally, while this aspect of the story of Dignitatis humanae is fascinating and well worth deeper understanding (especially given Wojtyła’s later place in church history), we shouldn’t obscure the essential truth behind the document’s creation. All those who defended religious freedom—which, again, included Murray, the U.S. bishops, Wojtyła and his senior compatriot Cardinal Stefan Wyszynski, the theologians Yves Congar and Henri de Lubac, and others—were united in their opposition to a powerful minority who asserted that such talk stank of the French Revolution and modernism and represented an unthinkable betrayal of the Catholic faith.

Insisting on the important connections between freedom and truth did not change the revolutionary nature of what the council taught. In the mid-twentieth century Alfredo Ottaviani, as cardinal prefect of the Holy Office, rejected the idea of religious freedom as dangerous to the faith and salvation of Christians; two generations later, Joseph Ratzinger, having served for decades as Ottaviani’s successor before his election as pope, lauded such freedom as “fundamental to Christianity.” The difference is nothing short of stunning.

Today, as then, those who are unwilling to consider the slightest shift in pastoral practice, theology, or doctrine fail to grasp an important truth, which both doctrine and history make clear. It is one Pope Francis recently proclaimed with great eloquence: “Christian doctrine is not a closed system incapable of generating questions, concerns, investigation, but it is alive, knows how to disturb, knows how to animate. It does not have a rigid face. It has a body that moves and develops. It has sensitive flesh. Christian doctrine is called Jesus Christ.”