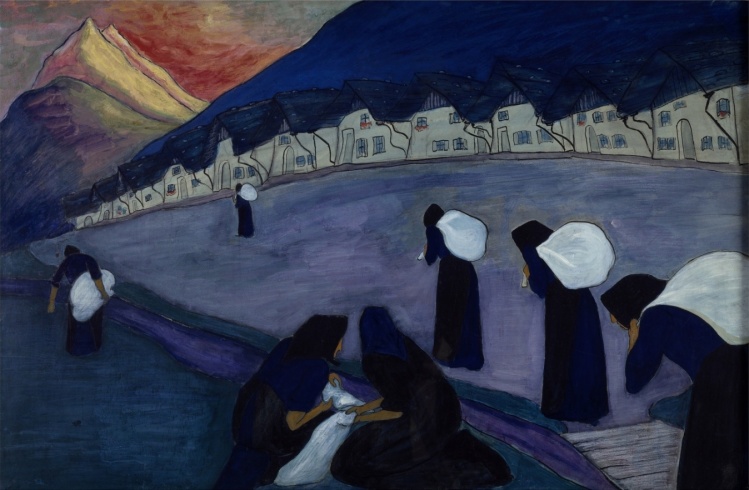 “The famous,” wrote Elizabeth Hardwick in her essay “Wives and Mistresses,” “carry about with them a great weight of patriarchal baggage—the footnotes of their lives.” Hardwick, a sort of self-styled footnote to a famous man herself, knew what she was talking about. “Footnotes,” she continues, “worry a lot.” They can be

mistresses and wives, sometimes but not often husbands; friends and enemies, partners in sudden assignations. Some have been the inspiration for poems or have seen themselves expropriated for the transformations of fiction. They have written and received letters, been lied to, embezzled, abandoned, honored, or slandered. But there they are, entering history with them, with the celebrated artists, generals, prime ministers, presidents, tycoons.

Literature can have a fraught relationship with these also-rans of life. On the one hand, the overlooked and insignificant people of the world have an appeal as unexplored dramatic territory. On the other, they may not produce matching enthusiasm from readers who want to know why they ought to be setting foot in that territory in the first place. While the novelist might rejoice in his subject, some readers tend to yawn—really, another story of some tedious nobody?

Too, these tedious nobodies might be overlooked for reasons that become easy to discern rather quickly. What to do with the obscure person who is not a hidden gem, or a tortured soul, but simply what he appears to be? While I rather like, for instance, the heroine of Jane Austen’s Mansfield Park, her stick-in-the-mud qualities have made her infamously dull to many. Sometimes boring people are simply that—boring.

Even in more sweepingly ambitious novels, there’s usually one or two mediocrities flitting about, sad and self-conscious, and I attach myself to them.
sharetweet

Still, I’ll say that books that linger on the unattractive and uninteresting are some of my favorites, even the ones that cheat a bit by making their subjects dramatically flawed. I enjoy Barbara Pym’s extra, excellent women; I relax as Judith Hearne slides into alcoholism and despair; I grumble along with the Underground Man; I follow Bernanos’s country priest as he struggles to minister to a parish that really would rather he didn’t. Even in more sweepingly ambitious novels, there’s usually one or two mediocrities flitting about, sad and self-conscious, and I attach myself to them.

Madame Bovary, Gustav Flaubert’s novel of a beautiful, restless woman who marries a dull but good man and slowly destroys both of them, is itself a kind of tribute to insignificance. Emma Bovary sees herself as someone who deserves some sort of attention that is never quite under her command; it eludes her in marriage and in adultery and in her occasional fits of piety. The ways she seeks to extract something deeper from life mostly land her in debt. Even her suicide is a shabbier affair than it ought to be, dragged out over days as her skin becomes covered with black spots from the arsenic she ate.

Many readers are as charmed by Emma as she is charmed by herself, arriving at the book’s conclusion filled with a passionate hatred for Emma Bovary’s hapless husband, Charles, whose fault that sad situation must, somehow, be. “We can drive people to betray us—and even invite it—by passivity, indifference, blindness, and self-hatred,” writes Judith Shklar, for instance, in her essay on betrayal in Ordinary Vices. “Charles Bovary is not an innocent; he is simply so passive and deliberately blind that he will not see that his wife has lovers.… He is too self-centered to recognize her or her growing troubles.” Emma’s adulteries are “a minor betrayal”; her married situation “mean and dull.”

That we hate Charles Bovary for being stupid and pathetic is also the premise, or at least the excuse, of Jean Améry’s Charles Bovary, Country Doctor (published this month by New York Review of Books Classics), a book that is the kind of angry justification Charles Bovary makes of himself both to us and to his creator, interspersed with Améry’s own reflections on the subject. “One might argue that the country doctor’s inner and outer worlds were confined to a ridiculously narrow space,” writes Améry, summarizing the case against his subject:

Charles Bovary inhabited a world. But what he apprehended of it was an insubstantial excerpt. He lived a life. But this life was concealed from him; adages, stamped-out forms of being, pre-predetermined modalities of feeling, reifications of all sorts barred Gustave Flaubert’s country doctor from achieving self-discovery, and not even the omniscient narrator permits us some insight into the conditions of that system of social coordinates under which a bourgeois living under his bourgeois king may become knowable.

I confess I find such reactions to poor Charles, whose only flaw is a kind of gracelessness, a little baffling. He is an adoring husband, self-sacrificial in his marriage and extravagant in his grief over Emma’s death in a way that she surely would have appreciated had she been able to see it. Even his eventual discovery of her infidelity does not seem to shake his love for her. What I remember best from reading Madame Bovary the first time, as a merciless teenager, was the physical stab of pain I felt when Charles stumbles onto Emma’s cache of love letters—a feeling matched only by my “good riddance” when Emma offed herself. (Again: merciless, teenager.)

Well, I was unfair to Emma, not understanding that while a lack of goodness and love will certainly sink a marriage, their presence is not enough to guarantee its survival. I no longer blame her for failing to will herself into happiness. Instead, I feel a kind of regret that there was no reason Emma and Charles could not have been happy—that there is a kind of vulnerability they don’t know how to allow themselves. If they had, perhaps they could have regarded each other as profound beings, which in some sense they both were.

After all, Emma lives no less in a world of “adages, stamped-out forms of being, pre-predetermined modalities of feeling,” but hers come from a kind of class aspiration she does not quite articulate to herself. Instead she associates the fine gradations of status with gradations of feeling, not understanding that she has, as it were, traded cotton for satin, not silk. But if we are quick to treat Charles as a hopeless case for his conforming to type, what can one say for Emma when she is seduced by her first lover, Rodolphe? He recognizes her immediately as a set type of married woman to whom certain strategies and not others ought to be applied, applies them in a calculated fashion (“with three pretty compliments that one would adore me”), and wins her. Emma is too naïve to realize that the halting speeches of love he makes to her are strategic, not outbursts of feeling; that she is that type is also Rodolphe’s gamble.

Charles Bovary, Country Doctor is one attempt at granting Charles his own tragic dignity by insisting that Flaubert “failed to see” the character he had created:

Why did Charles Bovary not follow the trajectory his era laid before him? Why did he take that dubious leap over the line of demarcation, choosing for his wife Emma Rouault, who was marked for destiny by her beauty? For his creator, it was a foregone conclusion. Charles Bovary remains the person presented to us on the novel’s very first page: a tubby mediocrity…. [The petits bourgeois] do not like themselves because they do not wish to be themselves—and then they look away when the simple hearts turn out not to be so simple.…

Something about the sheer drama of Améry’s Charles, who fantasizes about necrophilia and waxes lyrical on the subject of his own masturbation, however, feels as off to me as Shklar’s harsh assessment of his character. He is a tubby mediocrity—it is simply not the only thing he is. Charles Bovary was an unremarkable man who was capable of remarkable love, even of a kind of heroic forgiveness. If Charles is a footnote to Emma’s own tragic life, he is a footnote granted all the dignity of his office. Surely it is possible to appreciate these qualities without capitulating in advance to his critics.

But then if you could, I suppose you would simply have written Madame Bovary over again.