The candidate to be ordained deaconess is presented to the bishop.... As she bows her head the bishop imposes his hand...praying:

“Holy and almighty God, who by the birth of thine only begotten divine Son of a virgin hath sanctified womankind, and hath poured forth the grace and coming of the Holy Spirit not only on men but also on women, now therefore look upon this thy handmaid, and call her into the work of thy service, and send the abundant gift of thy Spirit upon her. Amen.”

The bishop imposes his hand on the head of the ordained, praying:

“Supreme Lord, who dost not reject women consecrating themselves to fitting service in thy holy temples, but admittest them into the order of thy ministers, even upon this thy handmaid, wishing to consecrate herself to thee and to carry out the grace of thy ministry, pour forth the grace of thy Holy Spirit, as thou admitted Phoebe to the work of thy chosen ministry....”

—From Prayer for the Ordination of a Deaconess,
Vatican Library, Codex Barberini gr. 336.
Eighth-century Italo-Byzantine provenance.

It was in Rome during the heady days of Vatican II. There was to be a meeting of the Consilium, the commission for the reform of the liturgy.

I was standing on the sidewalk in St. Peter’s Square, waiting to cross into the Vatican’s Palazzo Santa Marta. A continuous stream of cars swept past as I was joined by a stout, red-faced figure in black, the very caricature of a baroque Germanic cleric. From prior meetings I recognized Bishop Franziskus Zauner of Linz, Austria.

There was no pedestrian crossing, no traffic light. The Fiats maintained a steady flow. I waited strategically to the lee of my corpulent companion. Finally, seeing a gap, he took courage and stepped off. I followed, keeping his considerable bulk between me and the oncoming horde. Suddenly, aware of his Irish shadow, he asked: Quid facis? (What are you doing?) I rejoined: Bonus pastor debet vitam suam dare pro ovibus. (The good shepherd should give his life for his sheep.) The great baroque bulk jiggled with laughter as we made it safely across.

Our Consilium agenda featured a report on the deacon project. Over the centuries the diaconate had become a mere steppingstone on the path to the priesthood. Every aspiring priest was a deacon for a few short months. Periti (experts) had been assigned to study the reintroduction of permanent deacons who would serve their parishes in various ways, without proceeding to priestly ordination. In practice this would enable suitable married men to assist the pastor by preaching, officiating at baptisms, funerals, etc.

Presiding at the massive table was Cardinal Giacomo Lercaro of Bologna. Below him was a bevy of cardinals: the aristocratic Carlo Gonfalonieri, Valerian Gracias of Bombay, Laurean Rugambwa of Tanzania.... Next sat the archbishops: Denis Hurley of South Africa, Clément Mansourati of Syria, George Dwyer of Birmingham.... And back along the walls on both sides of the table sat periti from the top theological faculties, many of whom I had studied under: Bouyer, Gelineau, Gy, Jungmann, McManus, Martimort, Neunheuser, Vagaggini....

It was typical that while we met in the Palazzo Santa Marta inside Vatican walls, a facility staffed by sisters, there was not a single woman in the room. Likewise typical of the then clerical culture was the titter around the table when the diaconate project reporter floated a passing allusion to the early history of deaconesses. One prelate could not resist a muttered aside in Latin that occasioned even louder laughter.

Somewhere in the room a chair scraped noisily on the polished floor. A great baroque bulk was heaving to its feet. The face, normally red, was flushed a dangerous scarlet. Bishop Zauner’s voice was hoarse and trembling, his Latin heavily Teutonic: Ego habeo in diocesi meo sororem [it came out as “so-ROAR-em”] qui preparavit ad mortem christianum tria millia hominum.QUIS inter nos talia fecit? (I have in my diocese a sister who has prepared for a Christian death three thousand people. WHO among us has done the like?)

There was dead silence in the room, and it seemed to last forever. I have played the tape over and over again in my head these past forty years.

Damian Barry Smyth, STL, JD, was born in Belfast, Northern Ireland. He recently retired from the California Bar, and lives on an island in San Francisco Bay. 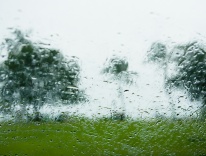