The First Encyclical of Francis? 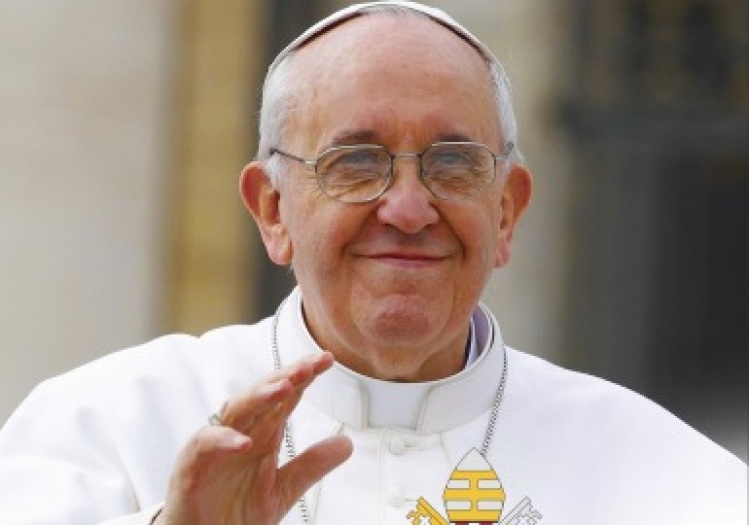 In presenting Lumen fidei to the church, Pope Francis described it as the product of four hands. At the end of the encyclical’s introduction, he writes that “Pope Benedict had almost completed a first draft of an encyclical on faith,” and goes on to describe Lumen fidei as “meant to supplement what Benedict XVI had written in his encyclical letters on charity and hope.” Even a cursory reading of the encyclical makes clear that Benedict’s two hands predominate over those of his successor. In content, theological style, and pastoral voice, Lumen fidei belongs primarily to the pope emeritus, but not entirely and not decisively so.

The first of the encyclical’s four chapters offers a deeply biblical, Christological, and ecclesial account of faith as “a light for humanity’s path.” Its imaginative appeals to biblical figures and stories, as well as to the affections, make clear that we have here, in Cardinal Newman’s terms, not only a notional or abstract but also a real apprehension of faith. The second chapter on faith and reason begins by locating in the Greek of the Septuagint version of Isaiah a saying most often attributed to St. Augustine, “Unless you believe, you will not understand.” It links faith and truth in the familiar manner of John Paul II and Benedict, but goes on to offer a striking combination of Pauline hearing with Johannine seeing and touching. In a series of quotations from his three most often cited works, St. Augustine appears as the embodiment of the truth that, in faith, hearing and seeing, reciprocity and freedom, belong together. Augustine is by far the most frequently cited author in Lumen fidei. Seven of the encyclical’s nine quotations from him come in the first two chapters, along with references to Friedrich Nietzsche, Dante’s Divine Comedy, Rousseau’s Émile, Dostoevsky’s The Idiot, and Romano Guardini and Ludwig Wittgenstein in German. Thirty-two of the encyclical’s fifty notes appear in the first two chapters.

These chapters put us in the presence of a deeply learned European intellectual, a cultured ressourcement theologian, one of the last of the Vatican II generation. He is equally at home with Scripture (read in the theological style of his three Jesus books), with the fathers of the church, and with the documents of Vatican II he helped to draft. Much here is as familiarly engaging as Benedict’s talks at Wednesday audiences. Clearly Chapters 2 and 3 represent a big chunk of the first draft of the encyclical on faith that Benedict was working on when he resigned. And yet there are traces of that inclusively compassionate voice we have come to know over the past months as that of Pope Francis. It appears in the last paragraphs of the introduction which speak of Pope Benedict in the third person. Along with a quote from Dominus Iesus, resonances of it can also be heard in the second chapter’s last two paragraphs. Here is an example: “The more Christians immerse themselves in the circle of Christ’s light, the more capable they become of understanding and accompanying the path of every man and woman.” And another: “Anyone who sets off on the path of doing good to others is already drawing near to God, is already sustained by his help, for it is characteristic of the divine light to brighten our eyes whenever we walk toward the fullness of love.” If these are not the ipsissima verba of Francis, they surely represent his ipsissima intentio.

In his February 11 resignation speech, admitting that he no longer had the strength to carry out his duties, Benedict spoke grimly of the prospects for faith in a world “shaken by questions of deep relevance for the life of faith.” He then left office with his first draft unfinished. If the first two chapters of Lumen fidei represent a significant piece of that draft, the second two chapters seem more like the work of four hands. Such speculations are far from idle. Questions about how Francis has made this encyclical his own are important for understanding the spirit, both wise and innocent, he brings to the office of bishop of Rome.

The third and fourth chapters deal respectively with handing on the faith and with faith’s implications for the common good of the city. They have sections that sound a lot like the first two chapters. The paragraphs on baptism and Eucharist and the transmission of faith come to mind. We hear echoes of Caritas in veritate on the grammar of creation. Newman, Origen, and even the much-maligned T. S. Eliot appear in these chapters, but they are joined by St. Francis and Mother Teresa and outnumbered by quotations from Vatican II. These chapters flow more freely and sound more confident about faith’s contemporary prospects. Set in the midst of a critique of modernity we find this Franciscan-sounding thought, “The boundless love of our Father also comes to us, in Jesus, through our brothers and sisters.  Faith teaches us to see that every man and woman represents a blessing for me, that the light of God’s face shines on me through the faces of my brothers and sisters.” A paragraph on faith’s consolation in suffering that sounds like a description of Benedict’s last days in office is followed by one that opens out to remembering the “sufferings of this world” in the manner of St. Francis and Blessed Mother Teresa of Calcutta, and a reminder that God does not provide explanatory arguments for those who suffer but “an accompanying presence.”

Lumen fidei begins and ends with the Second Vatican Council. The concluding thoughts on the Blessed Mother as “she who believed” and the closing prayer for her intercession are thoroughly scriptural and evoke Mary as she is portrayed in Lumen gentium’s last chapter. Francis notes in the introduction that Vatican II was “a council on faith inasmuch as it asked us to restore the primacy of God in Christ to the center of our lives…. It clearly showed how faith enriches life in all its dimensions.” Pope Francis has announced that he is going ahead with plans to canonize both Pope John Paul II and Pope John XXIII. At the end of his life, Henri de Lubac liked to remind people that the reception of the Council of Trent in France had taken at least a hundred years. Reading this encyclical gave me the sense that, with Francis, we have entered a new phase in the ongoing reception of Vatican II. I am glad that the hard won and learned Christocentrism of John Paul II and Benedict XVI remains, but Francis has retrieved the Jesus-like openness and compassion of John XXIII for a new time. It replaces the beleaguered sense of crisis that seemed to fall upon the church over the past decade. The word accompanying, twice cited from Lumen fidei above, is no accident, but a staple of Latin American theology. Francis uses it when he speaks of life in all its dimensions and of every man and woman. He makes new room for all that was good about being a Catholic over the past fifty years.