The Painful Paradoxes of Race 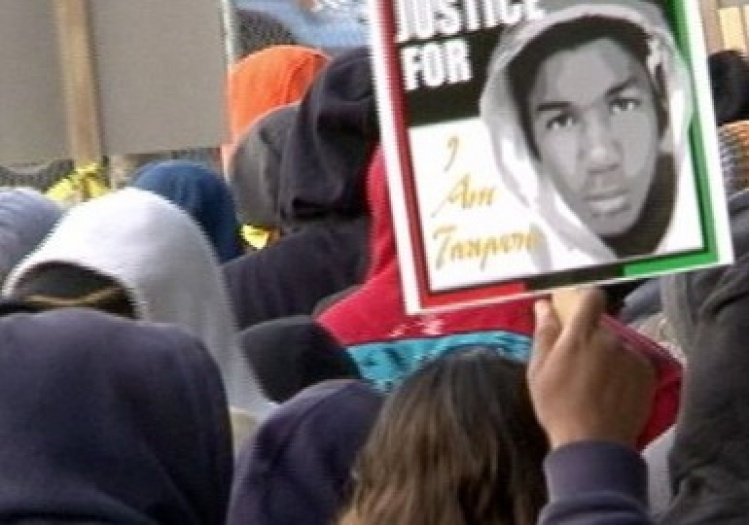 “In the jewelry store, they lock the case when I walk in,” the young African-American man wrote. “In the shoe store, they help the white man who walks in after me. In the shopping mall they follow me. ... Black male: Guilty until proven innocent.”

“I have lost control of my emotions,” he declared. “Rage, Frustration, Anguish, Despondency, Fatigue, Bitterness, Animosity, Exasperation, Sadness. Emotions once suppressed, emotions once channeled, now are let loose. Why?”

The words came not in response to the George Zimmerman verdict in the Trayvon Martin killing but rather to the acquittal of the police officers in the Rodney King case. The author of the May 6, 1992, column in the Stanford University student newspaper: Cory Booker, now the nationally celebrated mayor of Newark and the front-runner to be the next senator from New Jersey.

Booker pointed me toward his angry essay while on a visit to Washington last week. We spoke over a late breakfast the day before President Obama went to the White House briefing room to issue his powerful reminder to Americans that “Trayvon Martin could have been me thirty-five years ago.”

It tells us something important about America in 2013 that two exceptionally successful African American men, both of them widely acclaimed across the lines of race, chose independently to underscore the same truth about the Martin killing: that, in the president’s words, “the African American community is looking at this issue though a set of experiences and a history that doesn’t go away.”

And both focused resolutely on how to make things better. My interview with Booker didn’t start with the Zimmerman trial. Instead, the practically-minded mayor spoke enthusiastically about a program he had established in cooperation with the libertarian-conservative Manhattan Institute to help men released from prison become better fathers. “The right intervention,” he said, “can create radically different outcomes.”

Booker fully accepts that there is a right to self-defense. “One of the things I learned from the good cops is that there were some times when they were completely justified in pulling their weapons and killing somebody,” he said. But those good cops, he insisted, also understood that their first obligation was “to defuse a situation,” to try to prevent violence. Zimmerman, Booker added, “having been told by the police to back away, had so many opportunities to defuse the situation.” And, as the president suggested, “stand your ground” laws have exactly the opposite effect: They encourage, rather than discourage, confrontation, particularly on the part of a person with a gun.

Why, Booker wonders, do we have our famous conversations about race only “when things go terribly wrong”?

As we neared the end of our chat, he offered a thought you are more likely to hear from a preacher than a politician. “Fear is a toxic state of being,” Booker said. “You’ve got to lead with love.”

Talking to Booker was a reminder of the bundle of contradictions that is the story of race in America, precisely what Obama was underscoring when he spoke of our progress as well as our difficulties. Booker -- again, like the president -- was concerned above all with the practical things government and society can do to battle child poverty and reverse rising inequality. One of the central problems of our time, Booker said, is “the decoupling between wage growth and economic growth,” a development that creates so many other social challenges.

The dignity and grace of Trayvon Martin’s family should inspire us all to keep our eyes on the future. We should not blind ourselves either to the persistence of racism or to our triumphs in pushing it back. That is the message of Booker’s old column, and it harmonizes with the candid words from our first black president. We have come a long way and have a long way to go.