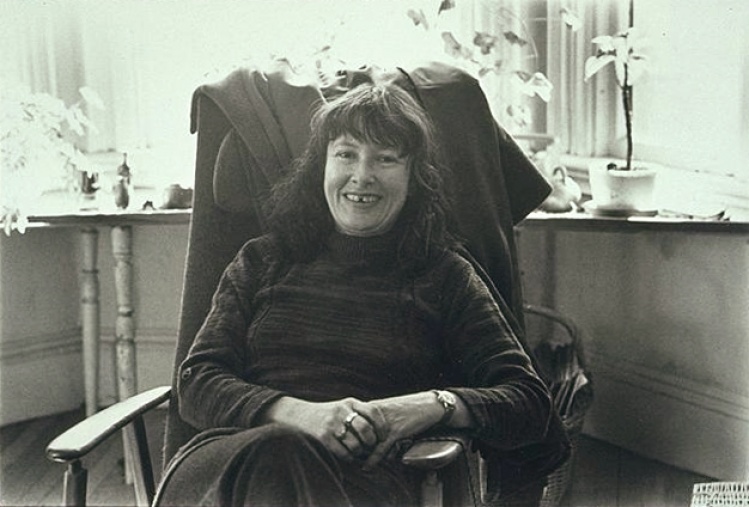 As a poet, Denise Levertov, who died earlier this year at the age of seventy-four, actively sought knowledge and wisdom while trying to awaken a heightened consciousness of the rich, rewarding knowability of the world. A little poem, "Whisper," from her book Evening Train (New Directions, 1992) exemplifies her style.

Today the white mist that is weather
is mixed with the sallow tint
of the mist that is smog. And from it, through it, breathes
a vast whisper:
the mountain.

Writing with a brevity and precision that suggest the haiku, Levertov demonstrated a wonderful command of the complexities of poetic form. Her metaphoric speech became shimmering with a musical incandescence. At its most sensual and most immediately physical, Levertov’s poetry never failed to remind us that finally the reality most sought for is always mysterious, even when most palpable.

I met Denise Levertov about thirty years ago. She was giving an evening reading in San Francisco after spending the day at an anti-Vietnam War demonstration in Berkeley. She was a poet who boldly addressed the most difficult issues of spirituality and mystical experience, yet was also deeply involved in trying to stop the rankest and most unjust of wars. As a consequence, she became not only a major figure of post-sixties American literature, but a genuine hero of the civil rights, feminist, and antiwar movements.

At a time when the American people were being addressed by their leaders in Orwellian double-speak-when "pacification" meant that Asian peasants, young and old, were being turned into "body counts," she wrote emphatically of the soul-shrinking horror of crimes perpetrated in our name. With Thoreau and his "Essay on Civil Disobedience" as her inspiration, Levertov did not hesitate to expose the truth that lay beyond the political corruption of the language.

Coming on the heels of a poetic and critical tradition that expected its practitioners to be aloof from the affairs of the day, Levertov fearlessly turned her talent to those most pressing issues. And that fearlessness also encompassed the things of the heart, for Levertov wrote powerfully and beautifully of erotic love and the experience of passion. Levertov’s first published poem, "Listening to Distant Guns," was written when she was seventeen, about the time of the Dunkirk evacuation. In a wonderful but chilling understatement, she contrasts the compelling beauty of a day in Buckinghamshire with the pulsation of distant, heavy artillery, while imagining "the battle-scream." Her poems continued to reveal, in form as well as content, a world both beautiful and marred, and one always enriched by the poet’s moral imagination.

Harold Isbell has been an academic, a banker, and a translator. He lives in San Francisco.