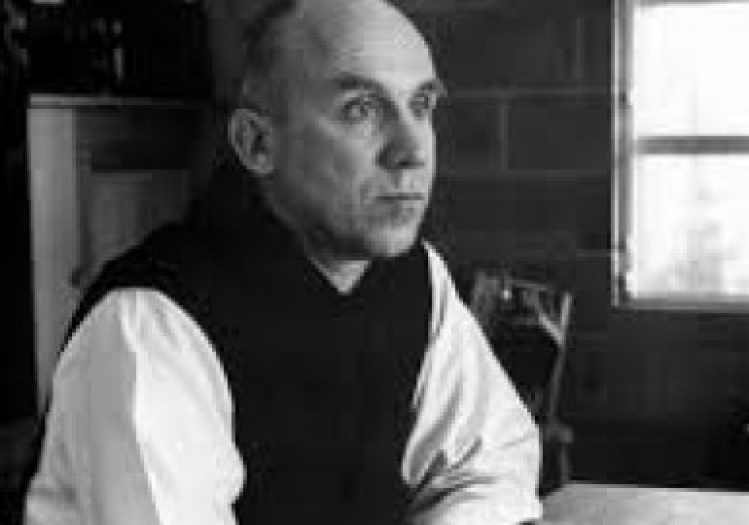 Like most of us, Rowan Williams, retired archbishop of Canterbury, came to know Thomas Merton through his writings—through books, poems, reviews, and essays composed during his lifetime, and after his death principally through collections of his journals and letters. The story of Merton’s monastic career has been told often and well: how in entering the cloister in 1942 he thought he had left his old life behind to become a new man; and how he did become a new man, but not quite in the way anticipated. Two books of poems were published in 1944 and 1946, Thirty Poems and A Man in the Divided Sea. His first published prose, in 1948, The Seven Storey Mountain, was a runaway bestseller. Soon afterward came Seeds of Contemplation, The Tears of the Blind Lions, The Waters of Siloe, Elected Silence, and a British edition of The Seven Storey Mountain (edited by Evelyn Waugh).

For Williams, the most striking aspect of Merton’s work was the way his profound attention to humans as social beings, and the activism that followed from that attention, coexisted with his ongoing commitment to contemplative life and prayer. These two seemingly contradictory activities form the substance of this book. A chapter titled “Bread in the Wilderness: The Monastic Ideal in Thomas Merton and Paul Evdokimov” elucidates the trajectory of Merton’s life and its impact on Williams. At a time when not many in the Western Church were reading the work of modern Orthodox theologians, Merton was enthusiastically reading L’Orthodoxie by Paul Evdokimov, a Russian Orthodox theologian living in Paris. Finding himself deeply moved by a kindred spirit, and recognizing Evdokimov’s deep commitment to ecumenism, Merton never ceased to ponder the monastic vocation and life. He became acutely aware of the possibility that the cloister too easily became a refuge from a world that desperately needed the chief treasure of the cloister—namely, its contemplative wisdom.

For Merton, a turning point came in Louisville, where one day in 1958, while standing at the corner of Fourth and Walnut, he experienced his famed epiphany, overwhelmed by the awareness that he “loved all those people, that they were mine and I theirs, that we could not be alien to one another.” Emptying himself of an isolating and restraining individuality in order to embrace a liberating communion with all, he began a lifelong conversion. Merton’s subsequent involvement in social-justice causes and the antiwar movement was at times subject to suppression by his superiors, including a prohibition on publishing. (I cannot help wondering if Merton’s censors weren’t as horrified by his wide-ranging erudition as by his insistence on stepping outside monasticism’s well-established perimeters.) The publishing problem was solved by a wise abbot—with help from the mimeograph facilities of Gethsemani Abbey, which enabled Merton’s writings to be circulated in samizdat to sympathetic friends.

Williams astutely alerts us to Evdokimov’s proposition that the vows of a religious are analogous to Christ’s response to the temptations in the desert. Yet true monastic solitude does not exist in a place, but in the person who proposes to live in that place; and while the focus here is on the vowed religious, both Evdokimov and Merton are talking about the spiritual and contemplative lives of all human beings. The monk’s vows are not deprivations but rather liberation from the inauthentic self-will and self-knowledge brought into the cloister by the monk—remnants of the old life that are the very antithesis of loving one’s neighbor as one’s self. To observe every nicety of monastic praxis without attacking the radical interior falsehood the monastic rule is designed to dispel is to succumb to an illusion. And knowing and experiencing God depend upon knowing the image of God, our true selves.

To recognize that solitude is not local but intimately personal is to recognize the love that draws the monk into communion with God’s ongoing actions of creation and incarnation—in the process extending the monastic life beyond the cloister to include all of creation as well as the God of creation. But finally we do not reach out to God and creation by being individuals; rather, we find salvation by being together before God. One can only go into the desert with Christ by being in communion with every created being. In the Christian experience, salvation is common, not individual.

Throughout his life Merton was preoccupied with seeking a real city, a city that permitted both community and companionship and the possibility of a grace-filled life of work and prayer. This hope was frustrated again and again. But Merton did not live in vain. Never hesitating to engage the imponderable, the impossible and the difficult, he made daily struggle the pattern of his life. In his underlying conviction that human beings exist as the image of God, and in his abiding fascination with the wisdom of God at play in the created universe, he found the comfort that made his search for reality possible.

Merton was not only a man of solitude but also a man immersed in companionship. That his published work, decades after his death, should be engaged so warmly by a younger man, Rowan Williams—a man deeply rooted in a similar theological tradition and in the same conundrums of solitude and society that Merton knew so well—is indeed a graceful affirmation of such companionship.

Harold Isbell has been an academic, a banker, and a translator. He lives in San Francisco.