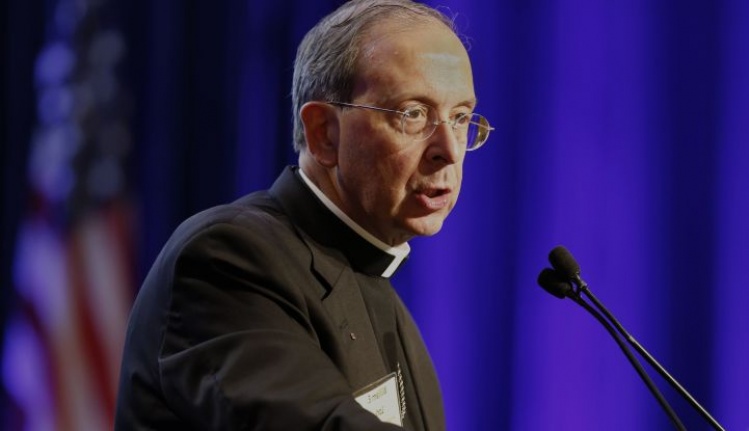 The U.S. Conference of Catholic Bishops launches its annual Fortnight for Freedom campaign this week. A recent video from the conference illustrates how unhinged the debates over religious liberty have become. Pairing images of Islamic State militants ready to behead Christian prisoners with ominous warnings of the Obama administration’s harassment of religious ministries epitomizes how the hierarchy risks making itself its own worst enemy on the issue. (For more, see the recent Commonweal editorial, “Lights, Camera, Contraception?”) Even many faithful Catholics who should be most sympathetic to the church’s arguments have grown weary of the divisiveness and worry that the all-consuming quality of the religious-liberty battle now seems to define American Catholicism. At the same time, the perversion of religious liberty into a bludgeon against women’s health, workers’ rights, and LGBT equality has caused some progressives to forget that religious freedom is a fundamentally liberal value. Finding a better approach that rescues religious liberty from the culture wars is challenging, essential work.

It’s fair to say religious liberty has a damaged “brand” these days. Catholic institutions have played a role in that diminishment. Lesbian and gay teachers across the country have been fired from Catholic schools after their civil marriages have become public. Several Catholic universities are using religious liberty claims to block adjunct professors making poverty-level wages from forming unions, a move dripping with hypocrisy given centuries of Catholic social teaching defending the rights of workers and living wages. Catholic leaders have spent years and millions of dollars in legal fees fighting for more religious exemptions in contraception coverage requirements under the Affordable Care Act, despite the fact that years before health-care reform was passed some Catholic institutions, with little furor, already offered their employees insurance coverage that included birth control coverage.

The nation’s largest church needs to lower the temperature and elevate the conversation. In his visit to the White House last September, Pope Francis affirmed that religious liberty is “one of America’s most precious possessions.” American Catholics, he added, are equally “committed to building a society which is truly tolerant and inclusive, to safeguarding the rights of individuals and communities, and to rejecting every form of unjust discrimination.” To state what should be painfully obvious, Catholics are not living in an era of despotism or facing tyrannical assaults, as some church leaders have claimed. American Muslims, in fact, have the most legitimate reasons to fear for their religious freedom. When mosques are burned, Islamophobia is a well-funded industry, and the Republican presidential nominee has proposed a ban on Muslims entering the country, Catholics must speak boldly and act with more urgency to demonstrate our solidarity with a religious minority under siege.

If conservatives need to do some soul searching about how they often set back the important cause of religious liberty, progressives also need a better approach that fosters dialogue and common ground instead of division.

The American Civil Liberties Union, for example, is suing Catholic hospitals for not performing abortions. Instead of lawsuits, the ACLU could embrace a more robust understanding of religious liberty as a fundamentally liberal value, and recognize that reducing faith to private spirituality is wrong. Freedom of religion does not end with the right to worship. Catholic hospitals that serve vulnerable Americans regardless of their backgrounds are central ministries of the church and should not be forced to violate its religious teachings.

Progressives might also recall that the narrow passage of health-care reform might not have happened without the tireless advocacy of Catholic nuns, who helped establish the health-care system in the United States and still provide quality health care to many low-income people nationwide. Sister Carol Keehan, CEO of the Catholic Health Association, was vilified by some Catholic bishops for rallying behind health-care reform legislation. The woman who received one of the few gold pens handed out at President Obama’s signing ceremony of the Affordable Care Act now has to defend Catholic hospitals from ACLU challenges.

WHEN THE RELIGIOUS FREEDOM RESTORATION ACT (RFRA) passed Congress in 1993, Republicans and Democrats rallied to support it. The bill emerged as a response to the controversial 1990 U.S. Supreme Court ruling in Employment Division v. Smith that upheld the firing of two Native Americans who ingested peyote as part of religious ceremonies. In a five-to-four ruling, Justice Antonin Scalia wrote for the majority arguing that granting a religious exemption in conflict of a valid law would “open the prospect of constitutionally required exemptions from civic obligations of almost every conceivable kind.”

Legal decisions and dramatic cultural shifts have radically reconfigured the landscape since then. In fact, the court has gone so far in the opposite direction that in the 2014 Hobby Lobby case, brought by evangelical owners of the giant arts-and-crafts chain, justices ruled for the first time that even for-profit companies have religious conscience rights.

Here are the facts: Churches are exempt from the Affordable Care Act’s contraception coverage requirement. After backlash to initial proposed religious exemptions that were too narrow, religious nonprofits now have a more expansive accommodation that is designed to ensure they do not have to arrange, pay, or refer for any contraceptive coverage to which they object on religious grounds.

Crafted with Catholic theological principles in mind, the compromise solved the problem for some, but not all, Catholic institutions. A string of lawsuits followed, in which eight out of nine lower courts sided with the government position that the compromise strikes the right balance. The issue came to the Supreme Court in March when it heard Zubik v. Burwell. The high-profile case involves the Little Sisters of the Poor, who argue that the act of filling out a one-page opt-out form that would notify the government of their moral objection to paying for birth control makes them complicit in a moral evil.

Doug Laycock, a University of Virginia law professor and prominent religious liberty expert who supported the Hobby Lobby decision and backed a controversial Indiana religious freedom bill, argued that a victory for the Little Sisters would do “terrible damage to the larger causes of religious liberty.” Laycock points out that the Little Sisters of the Poor and the other plaintiffs in the case, including Bishop David Zubik of the Diocese of Pittsburgh, insist that “only they can say what is a substantial burden on their exercise of religion; the courts must take their word for it.” But this would open a floodgate, he says, and “give rise to even more extreme claims and discredit the cause of religious liberty.”

In an unusual move, the now Scalia-less Supreme Court in May remanded the case to the lower courts with suggestions for how to reach a solution that would “arrive at an approach going forward that accommodates petitioners’ religious exercise while at the same time ensuring that women covered by petitioners’ health plans receive full and equal health coverage, including contraceptive coverage.”

ALONG WITH BATTLES over contraception coverage that are both technically complicated and politically fraught, there’s been a flurry of state legislation suggesting that religious freedom can be used to justify the withholding of civil rights from LGBT people. The Indiana legislature proposed a bill last year that would have allowed any for-profit business to assert a free exercise of religion argument to deny services. We’ve seen this before; religious claims were once used to deny African Americans basic rights. A restaurant owner should not be able to refuse breakfast to a gay couple on religious grounds. The misuse of religion was wrong in the 1960s, and it is wrong today. After swift backlash erupted from corporate, civic, and faith leaders, the bill was revised to include protections for sexual orientation and gender identity. However, similar legislation has been proposed in Georgia, North Carolina, and Mississippi. Tennessee Gov. Bill Haslam even signed legislation that allows mental-health counselors and therapists to refuse to treat patients based on religious objections or personal beliefs.

Still, there are signs of hope.

In Georgia, many religious leaders spoke out against that state’s efforts to roll back civil rights, and the state’s Catholic bishops deserve credit for their stance. “While we and the other Catholic bishops in the United States support the Religious Freedom Restoration Act,” the bishops wrote, “we do not support any implementation of RFRA in a way that will discriminate against any individual.” Republican Gov. Nathan Deal, a conservative Southern Baptist, vetoed the proposed legislation in April and argued Jesus would not support the bill’s intent.

Refusing to back discriminatory state laws is good. Actively fighting discrimination is better. We need more Catholic bishops and other Christian leaders willing to speak out when religious liberty is abused by those seeking to enshrine prejudice. The mass shooting in Orlando on June 12 is a test of conscience. Bishop Robert Lynch of St. Petersburg, Florida, addressed this in a powerful way in the wake of the massacre. “Sadly, it is religion, including our own, which targets, mostly verbally, and also often breeds contempt for gays, lesbians and transgender people,” the bishop wrote. “Attacks today on LGBT men and women often plant the seed of contempt, then hatred, which can ultimately lead to violence.”

It’s wrong to pit religion against equality for all Americans. False choices box us into suffocating corners. Saving religious liberty from the quicksand of reckless rhetoric and political posturing won’t be easy. Progressives and conservatives squaring off in public debates have a choice. We can continue to exchange dueling press releases and self-righteous tweets—or sit down, humble ourselves, and search for common ground. “Come now, let us reason together, says the Lord,” the prophet Isaiah tells us. The comfortable and convenient path is well worn. Taking a harder road is worth the struggle if it leads to principled conversations and respect for the complexity of conscience.