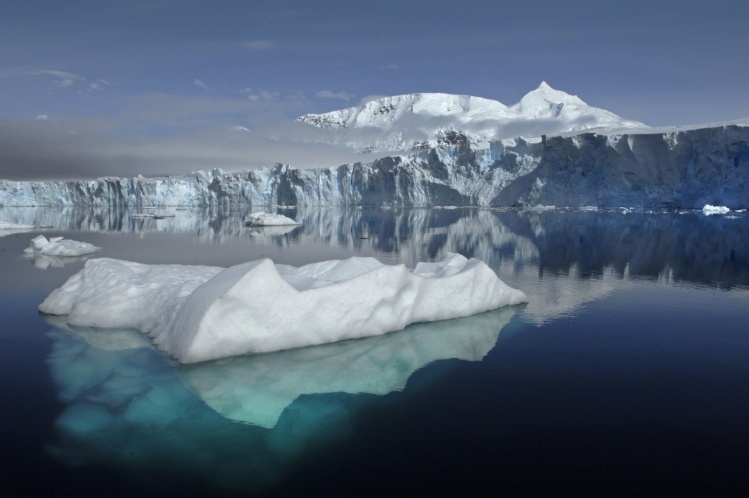 When Pope Francis issues his encyclical on the environment this spring or early summer, some American Catholics will welcome it—but only some. Broadly speaking, Catholic opinion on climate change matches the American political spectrum, and thus the polemics around this polarizing issue are Catholic polemics as well. As numerous recent articles make clear, Francis is concerned about global warning. Catholics who oppose policies meant to halt or ameliorate climate change—Catholic climate skeptics—grant the pope’s authority in the moral realm, but dispute his expertise in climate science. Some have not hesitated to call him out on his views, at times harshly. One called Francis imprudent and apocalyptic; another said he was “an ally of the far left,” a “Marxist” who has been “snookered” by climate-change ideologues.

Ironically, Catholic foes of Francis’s probable environmental teaching find themselves in a position similar to that of a very different group: those who turned away from another encyclical, Humanae vitae, almost half a century ago. Most American Catholics, even if they accepted that encyclical’s prophetic criticism of sexual freedom in the West, evaded its strictures; adopting the mantra of William F. Buckley and Garry Wills, they whispered “mater, si; magistra no,” used birth control, and continued to receive Communion. Yet dissenting Catholics of the 1960s did not publicly deride the holy father, even when prominent theologians opposed the teaching. Lay Catholics in the twenty-first century, however, emboldened by electronic media, feel free to slam the pope.

It seems clear that they are in the minority. As New Yorker writer Elizabeth Kolbert pointed out recently, while few in our country—of any political persuasion—are ready to accept the discipline required to slow climate change, most Americans do believe that the atmosphere is warming rapidly, and that we are already observing the consequences of this warming. A recent poll conducted jointly by the nonprofit Resources for the Future, Stanford University, and the New York Times demonstrates that large majorities of Democratic and independent voters, and even 41 percent of Republican voters, credit the scientific projections behind predictions of climate disaster and believe that government at various levels should address the problem. Catholics who dispute global warming, meanwhile, are so strongly opposed to Francis on this point that they are willing to insult him personally and even dispute papal authority itself.

As for what the pope hopes to accomplish with his forthcoming teaching, the worldwide college of bishops formally constitutes the audience for an encyclical. Francis does not intend the document to address bishops alone, however, but Catholics worldwide—and more than Catholics. Indeed, he wants to speak to all human beings. He has already begun to do this by sharing his opinions on environmental degradation, and he will follow the encyclical with an autumn address to the United Nations General Assembly. Later, he will meet with other world religious leaders ahead of the UN Climate Conference in Paris in December—a conference aimed at producing a legally binding global agreement on climate.

Francis is not the first pope to address the world at large; both Paul VI and John Paul II used their stature and influence to try to steer world opinion. But those earlier pontiffs usually weighed in on international political movements or crises, such as the nuclear-arms race. Francis, in effect, is taking on the entirety of the industrial revolution and the vast and increasingly concentrated wealth that has resulted from it.

AND HERE THE Catholic tradition comes up against something very difficult. That tradition, as critics insist, is indeed ill equipped to deal with a problem that is simultaneously social/political and individual/moral. Yet these dimensions are intertwined in the matter of climate change, since all humans, not just corporations and governments, are implicated in the burning of fossil fuels and the resultant atmospheric changes. How to balance individual moral responsibility, described in the moral teachings of the church, against a general Catholic or human responsibility as developed in more than a century of modern Catholic social teaching?

The ability to extract fossil fuels from the earth has granted developed nations rising life expectancies and levels of material comfort previously unknown to humanity. Now we discover that in burning these fuels we have altered the earth’s delicate atmosphere in various ways. Some of these changes are life-threatening: lengthy droughts that interrupt reliable harvests, rising oceans that may eventually inundate coastal cities. Such prospects have elicited a range of views. In This Changes Everything, Naomi Klein optimistically claims that climate change can provide an opportunity to reorganize human society for the better; Elizabeth Kolbert, on the other hand, has demonstrated that in order to be truly environmentally sustainable, electricity consumption would have to be reduced to shockingly low levels. Yet the kind of economic growth that sponsors our way of life depends upon increasing fossil-fuel consumption, not lessening it. We are in a bind. Clearly we are finding it difficult to muster the collective generosity toward future generations—our grandchildren—that can prevent them from suffering the effects of climate change.

Here, many believe, Catholic social teaching has something to offer. One can argue that its preferential option for the poor extends to those future grandchildren of ours. Likewise, Catholic groups have invoked the principle of subsidiarity, which dictates that action in accordance with Catholic teaching take place at the most local level possible, to draw attention to the problem, especially in Hispanic Catholic communities here and in Latin America. And Catholic moral and social teaching can deal credibly with the worldview that contemporary science presupposes. This will surprise some. A climate scientist remarked to me, after a conference on climate change and the common good at the University of Notre Dame a few years ago, that he was pleasantly surprised to learn that the magisterium of the Catholic Church accepts the results of experimental science.

In fact, contrary to such impressions, Catholic tradition has always possessed the resources to embrace science. Early Christian tradition made a promising start when it interpreted ancient stories of creation in a non-literal, yet theistic, account of the origin of the cosmos. And despite the development of a strain of theology marked by supernaturalism, the philosophical approach associated with Thomas Aquinas made it possible for Catholic teaching to accommodate and even sponsor scientific discoveries. Well before the waning of anti-modernism in the twentieth century and the decrees of Vatican II, Catholic teaching learned to accommodate evolution and scientific biblical inquiry, tempering its conservatism with an openness to progressive scholarship. The social encyclicals beginning with Leo XIII highlight this development; and though many critics of the church claim to discern an affinity between church teachings and fundamentalism’s rejection of such scientific bulwarks as evolution, the highest-level institutions of the church put the lie to such a connection.

Francis came to the papacy armed with a powerful concern for the poor of the Third World, who stand to suffer most from climate calamity—whether those living in low-lying island nations like the Philippines, or climate refugees from Africa seeking surer food supplies. When he arrived at the Vatican he found it supplied not merely with a troublesome Curia, but also with scientific institutes. The scientists staffing these institutes know well that since 1950 there has been a sevenfold increase in urban population worldwide; that energy use has increased fivefold and fertilizer eightfold; that crops are menaced by depletion of fresh water and nutrients in the soil. They know that forests have been clear-cut and land degraded; that invasive animal species flourish everywhere, replacing natural predators; that the marine ecosystem is in danger; that species extinction is now accelerating at a shocking rate, damaging the diversity on which life on the planet depends.

They are also aware of the possibility of drastic atmospheric warming—up to 6 degrees centigrade in the next century. And they understand that only an international effort with binding agreements can reverse current trends. Yet the sole international body currently capable of forging such agreements, the United Nations, is weak and divided. Its subsidiary body, the Intergovernmental Panel on Climate Change, has regularly issued reports on climate change for a quarter century, and yet little on the international level has been accomplished. Indeed, global fossil-fuel consumption is currently skyrocketing, aided by new extraction technologies. Politically, developing countries have shown themselves unwilling to refrain from building their own economies on the same fossil-fuel use that made first-world countries rich and comfortable.

HOW WILL FRANCIS address a problem that is at once urgent and yet still only partially unobservable—a crisis unfolding slowly, over many decades? Certainly he will extend the teachings of his predecessors, John Paul II and Benedict XVI. In his 1990 World Day of Peace Message, John Paul lamented “the lack of respect for life evident in many of the patterns of environmental pollution,” deeming it “manifestly unjust that a privileged few should continue to accumulate excess goods, squandering available resources, while masses of people are living in conditions of misery at the very lowest level of subsistence.” Catholics, he said, were obliged to protect creation against “industrial waste, fossil fuels, and deforestation.” Benedict spoke even more often than John Paul about climate change, and, with his approval, the 2011 report of the Vatican Academy of Sciences urged “all people and nations to recognize the serious and potentially irreversible impacts of global warming caused by the anthropogenic emissions of greenhouse gases and other pollutants.”

Francis is likely to repeat these exhortations while amplifying their urgency considerably. Judging from statements by his secretary of state, Cardinal Pietro Parolin, and by Bishop Marcelo Sanchez Sorondo, chancellor of the academy that issued the 2011 report, the pope is likely to say that climate change cannot be solved by the free market. He has already criticized capitalism for encouraging consumerism and creating extremes of poverty and wealth. But he may go further now, and address our duty to other species and to the integrity of a creation that is losing many of those species. He may end up moving beyond traditional calls for good stewardship by acknowledging, at least implicitly, that nature itself has rights—rights that are being flagrantly violated by human beings.

“We have, in a sense, lorded it over nature, over Sister Earth, over Mother Earth,” Pope Francis remarked to journalists recently. Was he really implying that created nature—the environment—has rights of its own? Such a view on the part of the pope would be a significant development in Catholic thinking about the inherent worth of creation apart from the humans who dominate it. We shall soon find out if he meant it.