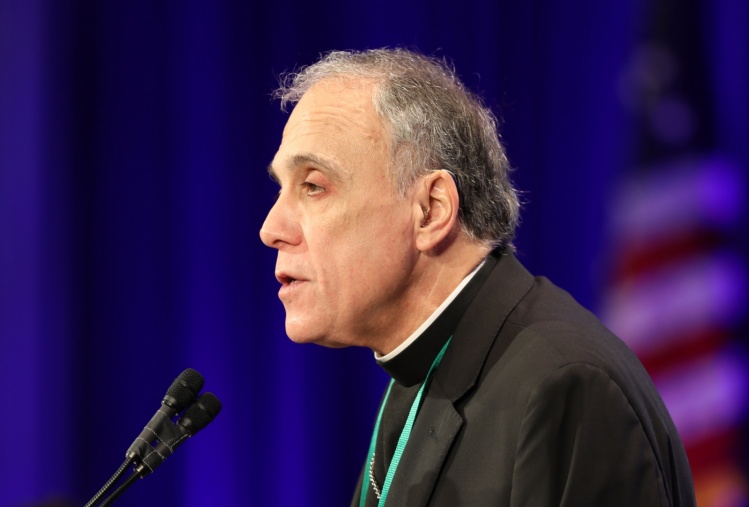 The highly anticipated national meeting of Catholic bishops last week opened with high drama, closed with a whimper, and in the end raised only more questions about the American hierarchy’s capacity to tackle the most profound threat to its moral credibility in the modern era.

Bishops gathered in Baltimore expecting to vote on proposals addressing the lack of accountability measures for themselves, a telling reminder of clericalism’s stubborn durability sixteen years after Boston and the consequent approval of the Dallas Charter, which applied to priests but did not cover the actions of bishops. The urgency of implementing mechanisms that would cover abusive hierarchs, as well as those who send credibly accused priests back into parishes, was underscored by a Boston Globe and Philadelphia Inquirer joint investigation released a few days before the meeting. More than 130 bishops, the investigation found—nearly one-third of those still living—have been accused of failing to adequately respond to sexual abuse in their dioceses. Among them is Cardinal Daniel DiNardo of Galveston-Houston, who presided over the meeting as president of the bishops’ conference and who has been cited by abuse survivors for mishandling cases in Iowa, when he was a bishop in Sioux City, and more recently in Texas.

After a “summer of shame,” which included a Pennsylvania grand-jury report detailing six decades of systemic abuse and the fall of former cardinal Theodore McCarrick, expectations for this meeting ran high. National media turned out. Protestors rallied outside the downtown hotel where the bishops met. To leave Baltimore without taking at least some tangible action, it seemed, would be episcopal negligence, another insult to abuse survivors, a sign of stunning tone deafness as Catholic anger mounts. But almost before the bishops could settle into their seats came the stunning announcement from Cardinal DiNardo: a last-minute communiqué from the Vatican (specifically, the Congregation for Bishops) directed the bishops not to hold a planned vote on proposed protocols until the February meeting in Rome that will include presidents of bishops’ conferences from around the world.

“We are not ourselves happy about this,” Cardinal DiNardo acknowledged later in a press conference. Other bishops openly grumbled. Media reports fueled the narrative that church leaders still don’t get it. I’ve attended at least a dozen bishops’ gatherings over the years; never before have I seen the air go out of a meeting so quickly. Some bishops may have been quietly relieved given the concern that the proposals—including a new standard of conduct for bishops and a lay-led commission to investigate claims against bishops—were put together quickly and likely did not have enough backing to win the necessary two-thirds vote to pass.

Questioned by reporters, Cardinal DiNardo offered only a brief explanation of the Vatican’s decision. The text of the proposals, he said, had been flagged by the Vatican for having some canonical problems, and Rome is clearly worried that piecemeal solutions can be problematic in a global church. Veteran journalist Andrea Tornielli, citing an anonymous Vatican source, reported that the proposal for a bishops’ code of conduct was “too generic,” while that for a third-party reporting mechanism lacked canonical authority.

The meeting revealed a conference that wants to act, but that still remains divided over root causes of the abuse crisis and the role the laity should play in policing bishops.
sharetweet

After the meeting, Bishop John Stowe of Lexington, Kentucky, told me he was disappointed at how the announcement of the Vatican’s directive was delivered at the beginning of the meeting. “The expression of surprise or disappointment could have been lessened and the whole matter framed as an opportunity for the U.S. Church to make a contribution to the summit in February,” he said. “My concern all along was that there was too much expectation placed on this one plenary meeting. I think the proposals that were sent to us were good matters for discussion and indicated both a strong desire to include bishops in the provisions of the charter and to provide lay involvement in the accountability of bishops. The ongoing discussion made it clear that the proposals were far from ready for finalization.”

While the bishops did not vote on the proposals, they did debate them extensively on the floor. The exchanges revealed a conference that wants to act, but that still remains divided over root causes of the abuse crisis and the role the laity should play in policing bishops. Some bishops, while recognizing a general need for lay involvement, warned that a bishop is ultimately responsible for his diocese and that contracting matters to outside parties would be pastorally negligent. But Bishop Shawn McKnight of Jefferson City, Missouri, emerged as a resolute voice for independent lay oversight with real decision-making responsibility. “The laity are the only ones who can keep the hierarchy accountable and get us out of the mess we bishops got ourselves into,” he wrote in a letter to his diocese after the meeting, underscoring that his “singular focus” is more public involvement of lay people “at all levels of the church.” McKnight also expressed frustration with the Vatican’s directive to delay the vote, especially in light of the McCarrick scandals. “We have known about the scandal since the end of June, and our church must take immediate, decisive, and substantive action in light of the deep wound the scandal has caused.”

McCarrick’s name came up repeatedly in public sessions. Bishops reported that during listening tours and other forums in their dioceses, the former archbishop’s rise and fall has been a constant topic. Yet even while there was agreement in Baltimore over the damage done by the McCarrick scandal, the only vote related to the abuse crisis—on a proposal from Lansing, Michigan’s Bishop Earl Boyea, encouraging the Holy See to release all documentation related to an ongoing investigation of McCarrick—failed overwhelmingly. Several bishops, including Cardinal Blase Cupich of Chicago and Cardinal Joseph Tobin of Newark, noted that the Vatican has already pledged transparent reporting in the McCarrick case.

I found most puzzling those bishops who spoke as if the calendar read 1968. Bishop Barry Knestout of Richmond, Virginia, took to the microphone for at least ten minutes to bemoan the fallout after Pope Paul VI’s encyclical Humanae vitae affirmed the church’s teaching prohibiting birth control. Approvingly referencing the sanctions against priests in Washington, D.C. (where he served under three archbishops) who objected to the encyclical, Knestout saw a lesson for improving church unity today: “We need to reaffirm the dignity of human life,” he said. Phoenix Bishop Thomas Olmstead also referenced the “great dissent by so many theologians” toward the encyclical as a contributing factor in diminishing some clergy’s faithfulness to the church’s sexual teachings. This disillusionment, the bishop suggested, may have “some roots in where we are today.”

The idea that widespread rejection of the church’s teaching on birth control should be a prism through which to understand an abuse crisis rooted in a culture of clericalism boggles the mind. “I was very saddened to hear so much focus on issues of sexuality when the abuse of minors, and the response to that abuse, is more an issue of abuse of power,” Bishop Stowe told me after the conference. “A focus on healthy psychosexual development in candidates for the priesthood would be a healthy step forward, along with looking at how authority is exercised in the church. I don't think the bishops overall understand that we have very little credibility in matters of sexuality, even within the church, and appeals to Humanae vitae or the condemnation of homosexual activity are not going to address that, especially when abusive acts have occurred within the ranks.”

Scapegoating gay priests and pining for a world in which most Catholics agree with church teaching on birth control is no way to confront the abuse crisis. Bishops would be far better served by clear-eyed discernment. Pope Francis, who has shown his own blind spots when it comes to responding effectively to the abuse crisis, is right to stay the course, seeking to dismantle a clerical culture he describes as arising from “an elitist and exclusivist vision of vocation.”

After Baltimore, the stakes are now even higher for the February meeting in Rome. Cardinal DiNardo will now synthesize discussions from the November meeting to develop what he called “specific action steps.” Among other things, this includes a process for investigating complaints against bishops reported through a third-party compliance hotline; the completion of a proposal for a single, national lay commission; a proposal for a national network using established diocesan review boards with lay expertise to be overseen by the metropolitan bishop; and studying national guidelines for publishing the names of clerics facing substantiated claims of abuse.

Archbishop John Wester of Santa Fe, New Mexico, told me that despite “the divisions and difficulties,” he remains hopeful. “I expect that the February meeting will be significant,” he said. “Pope Francis is very serious about tackling this thorny issue.” Cardinal DiNardo, who opened the meeting expressing disappointment with the Vatican, struck a forward-looking note in his closing statement. “We leave this place committed to taking the strongest possible actions at the earliest possible moment,” he said.

But for a growing number of Catholics, might that already be too late?