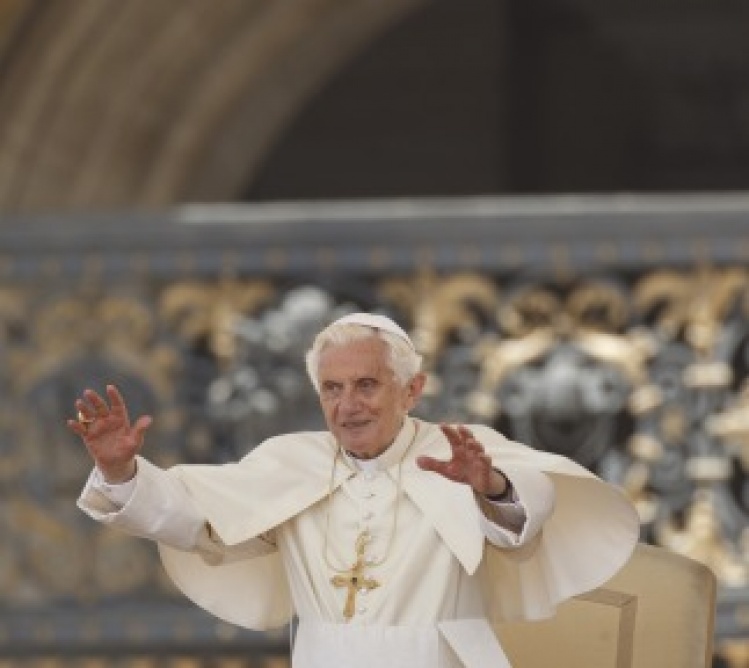 "The church is not the pope, and the pope is not the church,” theologian Joseph Komonchak reminds us (see “Benedict’s Act of Humility”). Amen to that. Komonchak also cautions about the “hullabaloo over the upcoming conclave,” urging Catholics of every theological and ideological disposition to place Benedict XVI’s surprise resignation in the broader and deeper context of the responsibilities every Catholic has for building up the church and spreading the gospel. Expectations for the papacy need to change.

Amen to that as well.

Even Benedict’s most ardent supporters concede that his papacy has been marred by too many scandals and too many gaffes. The few glimpses the public has gotten into the opaque operations of the Holy See—from the Vatican bank controversy to the inept machinations of the pope’s own butler—reveal an institution in crisis. These intrigues are especially disconcerting as the church still struggles to come to terms with the legacy of the sexual-abuse crisis. Unfortunately, the courtly secrecy surrounding the deliberations to elect the next pope provides an all-too-obvious reminder of the lack of transparency and accountability in the operations of the entire hierarchy.

In the modern era, but especially over the past half-century, there has been an unprecedented concentration of authority in the papacy and the Roman curia. Under the tireless and charismatic John Paul II, this focus on the pope seemed providential to many. Yet John Paul’s commanding personality left little room for younger episcopal talent to flourish or alternative institutional structures of leadership and authority to develop. Only the most obdurate ultramontanists think the governance of a global church of more than 1 billion should rest principally on the shoulders of one man. In resigning for reasons of ill health and physical frailty, Benedict himself strongly suggested that the demands of the papacy have become a crippling burden, especially for a man of his age. Many think that the papacy is now a crippling burden for a man of any age—and that this is one of the many signs that ecclesial authority has become too centralized.

Benedict will surely be remembered for his personal humility and profound piety. He will also be remembered as a theologian and teacher of rare gifts. His three encyclicals are remarkably rich documents—especially Caritas in veritate, which remains one of the most thoughtful responses to the recent financial crisis, a reminder of the inescapable moral dimensions of a globalized economy.

What this shy scholar evidently could not do was manage or reform a sclerotic church bureaucracy riven by factions and left to function on its own for far too long. Real reform can return the governance of the church to the bishops in true partnership with the pope, and reduce the curia to the status of a modest administrative apparatus. Perhaps, as some have speculated, this is what Benedict hoped to set in motion in taking the exceptional step of resigning. Let’s hope so.

Many Catholics first heard of Joseph Ratzinger in 1985 when, a few years into his tenure as head of the Congregation for the Doctrine of the Faith, a series of his conversations with the journalist Vittorio Messori was published as The Ratzinger Report. Readers were stunned by Ratzinger’s dour appraisal of the implementation of Vatican II’s reforms and his stinging criticism of liberal democratic societies. In the Report, the future pope comes across as deeply pessimistic about the trajectory of the church and even about the competence of local bishops. Western culture as a whole, he insisted, had also lost its moorings. Only Rome could be trusted on questions of faith and morals.

Writing in Commonweal in November, 1985, Lutheran theologian George Lindbeck, an official observer at Vatican II, suggested that Ratzinger’s emphasis on Roman authority was “more a product of despair than of authoritarianism.” Lindbeck, although sympathetic to Ratzinger’s theological and cultural agenda, lamented his “uncritical and one-sided emphasis on the official magisterium.” He feared that Ratzinger despaired “of the struggle pursued at Vatican II” to find a way to make the church’s teachings accessible and compelling to the scientifically sophisticated and increasingly secular world.

It is possible to see Benedict’s resignation as another gesture of discouragement. Certainly in his final remarks to the priests of Rome only days after announcing his resignation, Benedict struck a note of anguish over what he characterized as the “calamities” and “miseries” that followed the council. He blamed the media and secular politics for that disarray. But much of the responsibility lies with the Vatican, for guarding its own power and privileges too jealously. If we are not to despair of the worthy project pursued by the bishops at Vatican II, the whole church, and not just Peter’s successor, must now be allowed to take responsibility for it.