“Tilled too much and kept too little”: An Outline of the Ecology Encyclical? 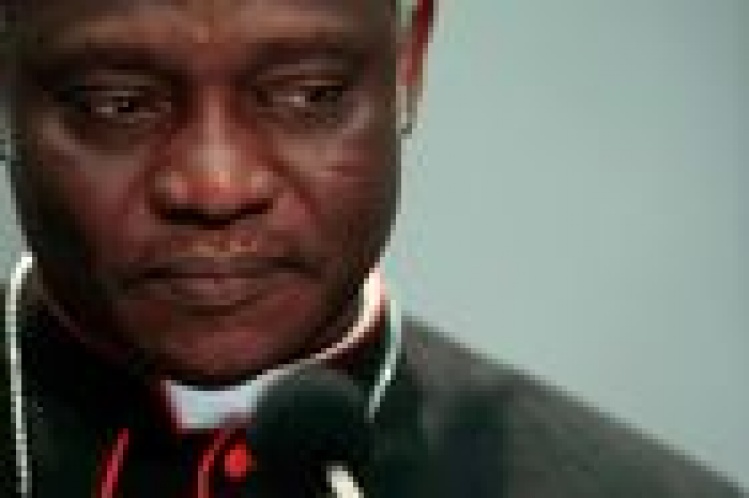 Last week Cardinal Peter Turkson, the Ghanaian prelate and President of the Pontifical Council for Justice and Peace, gave a lecture at St. Patrick’s Pontifical University, Maynooth. He titled it “Integral ecology and the horizon of hope: concern for the poor and for creation in the ministry of Pope Francis."

But he might well have titled it, An outline of the Pope’s forthcoming encyclical.

Vatican expert and papal biographer Austen Ivereigh called the lecture “a curtain-raiser” from “the man whose council wrote the first draft.”

The lecture’s overall themes and key phrases resound with the language Pope Francis has used since day one of his pontificate. But more importantly, it signals both how scripture will be interpreted anew against the backdrop of ecological degradation and how Francis’s teaching on “integral ecology” builds on the magisterium of the previous two popes.

The phrase “integral ecology” seems primed to become the encyclical’s central idea. Turkson describes it as “the key to addressing the inter-related issues of human ecology, development and the natural environment.”

Its first principle: “the call to be protectors is integral and all-embracing.” Here he draws from Francis’s inaugural homily, which used the biblical figure of St. Joseph to unite the protection of human family and society with the care for creation. By drawing deeply from scripture and Catholic social thought in addition to natural reason, Turkson clarifies that integral ecology “is not some narrow agenda for greening the Church or the world.  It is a vision of care and protection that embraces the human person and the human environment in all possible dimensions.” He quotes plentifully from St. John Paul II and Pope Emeritus Benedict XVI to demonstrate the continuity of papal teaching over the past thirty years.

Though integral ecology is not “greening the Church,” its second principle should find a receptive audience among secular environmentalists. “Compelled by the scientific evidence for climate change,” Turkson said, “we are called to care for humanity and to respect the grammar of nature as virtues in their own right.”

When discussing the causes of climate change, Turkson clearly sides with the scientific consensus about overall global warming, as summarized in the 2014 report from the UN Intergovernmental Panel on Climate Change. “Yet even the compelling consensus of over 800 scientists of the IPCC will have its critics and its challengers,” he noted, perhaps having in mind the disproportionately high number of American leaders who deny anthropogenic climate change. Yet even such deniers are not released from ecological responsibility, according to Pope Francis. “For the Christian, to care for God’s ongoing work of creation is a duty, irrespective of the causes of climate change.”

Francis views this duty as universal, a moral exhortation he grounds in the primal Garden of Eden. Turkson picks up on Francis’s use of Genesis 2:15: what does it mean to “till” the Earth and “keep it,” to cultivate it and care for it? Already in the first months of his pontificate, Francis connected this text to his indictment of our modern “culture of waste” or “throwaway culture.”

Here Turkson extends the exegesis to the biblical themes of distributive justice.

The just person is one who therefore preserves communion with God, with neighbour and with the land, and by doing so, also makes peace!  The various holiness and justice codes of the Old Testament are unequivocal.  Those who till and keep the land have a responsibility to share its fruits with others, especially the poor, the stranger, the widow and the orphan.  The law of the Covenant is clear; the gift of the land and its fruitfulness belongs to the whole people of Israel together.

When Francis speaks about the “economy that kills,” Turkson argues, it is not political theory but biblical revelation. Our world’s ecology—whether natural or societal—suggests that “humanity may now have tilled too much and kept too little, that our relationship with the Creator, with our neighbour, especially the poor, and with the environment has become fundamentally ‘un-kept.’”

Francis seems likely to use this call to stewardship from Genesis 2 as a primary scriptural resource for the development of Catholic social thought, just as John Paul II used Genesis 4 (Cain and Abel) as the cornerstone of his most important encyclical, Evangelium Vitae.

The third principle concerns “moral conversion and a change of heart.” While Turkson acknowledges the necessity of “binding regulations, policies, and targets” for addressing “poverty and climate change,” he also emphasizes the wisdom of Pope Francis’s namesake, St. Francis of Assisi.

[A] truly practical and sustainable integral approach to ecology has to draw on more than the scientific, the material and the economic, more than laws and policies.  When Saint Francis gazed upon the heavens, when he surveyed the wonder and beauty of the animals, he did not respond to them with the abstract formulae of science or the utilitarian eye of the economist.  His response was one of awe, wonder and fraternity.

Turkson cites the uneven results of the international efforts to alleviate poverty (e.g., Millenium Development Goals) and climate change (e.g., 1992 Framework Convention on Climate Change). As Pope Emeritus Benedict XVI did before him, Pope Francis keenly refuses the dichotomization of “mercy” and “justice,” the separation of individual acts of conversion and charity from considerations of structural sin and regulatory progress.

The twin problems of inequality and climate change cannot be addressed merely through secular institutions. Religious narratives, religious doctrines, and religious communities are all necessary to bring about the “ecological conversion” (in John Paul II’s words) that is required by these ominous “signs of the times.” The Catholic tradition, as a truly global community engaged in the quest for justice, is well positioned to bring about this conversion of heart through integral ecology. Conservation and sustainability have moved from the margins to the center of our sphere of moral concern (as evidenced, for instance, by the global Catholic perspectives in the new book, Just Sustainability).

Everyone who follows Pope Francis closely sees how a “culture of encounter” permeates his teaching. The fourth principle applies “encounter” to the goal of ecological conversion. “At the heart of this integral ecology is the call to dialogue and a new solidarity, a changing of human hearts in which the good of the human person, and not the pursuit of profit, is the key value that directs our search for the global, the universal common good.”

Though Pope Francis has often been described as spontaneous or unpredictable, one can see in Turkson’s remarks just how unified the main themes of his pontificate have been. The seeds of this encyclical on “integral ecology” were present in his very first homily: the care for the poor, the care for creation, and the horizon of hope.

Indeed the first seed was present in the conclave, as the votes were mounting for his election.

In one of his first public addresses, Francis explained how he chose his name. He recalled that Brazilian Cardinal Claudio Hummes “embraced me and kissed me and said: ‘Don’t forget the poor’… and that struck me… the poor…Immediately I thought of St. Francis of Assisi. Francis was a man of peace, a man of poverty, a man who loved and protected creation. These days we do not have a very good relationship with creation, do we?”

Thus was the first ecology encyclical born, cultivated by leaders traditionally on the margins of Vatican authority -- from Ghana, Brazil, and Argentina. From places where care for the poor and care for creation are self-evidently intertwined. They brought the concerns of the margins to the Vatican's center. And an authentically Catholic teaaching of integral ecology is now ready to go back out to the global church.