This Is Who We Have to Deal with North Korea
By E. J. Dionne Jr.
Columnists
Donald Trump
Foreign Affairs
War and Peace 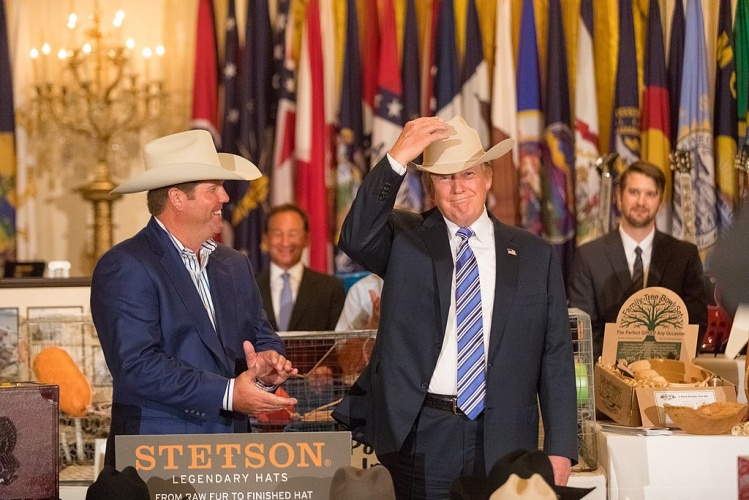 If ever there was a foreign policy issue around which our nation should be united, it’s the nuclear threat from North Korea.

Many regimes deserve to be called “criminal,” but few more so than Kim Jong Un’s. Human Rights Watch calls North Korea “one of the most repressive authoritarian states in the world.” It seeks “fearful obedience by using public executions, arbitrary detention, and forced labor.”

North Korea’s actions constituted “crimes against humanity.” They entail “effectively enslaving hundreds of thousands of citizens, including children, in prison camps and other detention facilities” and involve “beatings and torture by guards, and forced labor in dangerous and sometimes deadly conditions.”

There is a savage madness to this government, and the prospect of its utterly unstable leader getting his hands on usable nuclear weapons is terrifying.

There is also a kind of tragic consensus among students of international relations that the United States lacks any obvious good options. Of course the U.S. has the military power to take on a small and economically miserable country, but the costs of such action could be enormous. They would likely fall first on South Korea, a loyal and prosperous U.S. ally. Seoul, its bustling capital, is home to some 10 million people and lies just thirty-five miles from the Demilitarized Zone that separates the two Koreas.

Confronting these horrifying realities, the vast majority of Americans, I suspect, would prefer to suspend our acrid politics in dealing with this issue and support President Trump if he pursued a tough but serious and carefully orchestrated policy. Trump may be given to hyperbolic (and often fact-free) attacks on those he perceives as enemies, but it’s hard to be hyperbolic where Kim is concerned. He’s about as scary and cruel as they come.

Nobody doubts our country’s military power; it’s wisdom the world is looking for
sharetweet

And this is where Trump’s temperamental unfitness for the office he occupies is disturbing for reasons that go far beyond party or ideology. There was nothing useful about his telling reporters at his golf club in Bedminster, New Jersey, on Tuesday: “North Korea best not make any more threats to the United States. They will be met with fire and fury like the world has never seen.”

Sen. John McCain is nobody’s idea of a dove, but he knew bombast when he saw it. “I take exception to the president’s comments because you got to be sure that you can do what you say you’re going to do,” McCain told a Phoenix radio station. “The great leaders that I’ve seen, they don’t threaten unless they are ready to act and I’m not sure President Trump is ready to act.”

The implication of Trump’s statement was that he’d abandon decades of presidential restraint and be willing to use nuclear weapons. He ratcheted his threat upward on Wednesday (and confused matters at the same time) with a pair of conjoined tweets that read:

“My first order as President was to renovate and modernize our nuclear arsenal. It is now far stronger and more powerful than ever before. ...

“... Hopefully we will never have to use this power, but there will never be a time that we are not the most powerful nation in the world!”

Here, alas, is Trump in a nutshell: It’s all about him (as if he has radically changed our nuclear posture in just over six months in office) and base-pleasing swagger (we’ll always be No. 1!).

But nobody doubts our country’s military power. It’s wisdom the world is looking for.

In the meantime, our nation’s diplomats scramble to control the damage. Thus did Secretary of State Rex Tillerson explain to reporters on Wednesday: “What the president is doing is sending a strong message to North Korea in language that Kim Jong Un would understand, because he doesn’t seem to understand diplomatic language.”

But do we really want an American president stooping to Kim’s rhetorical level?

Perhaps, following Richard Nixon’s “madman theory” of foreign relations, Trump hopes to use the menace of irrational action to scare Kim into backing down and to scare China into pushing him to do so. But it’s a high-risk game.

And at a moment when Americans would prefer to stand together and support Trump in the face of this grave peril, the president has, once again, done all he could to divide us—and to remind his critics why they find his approach so appalling.