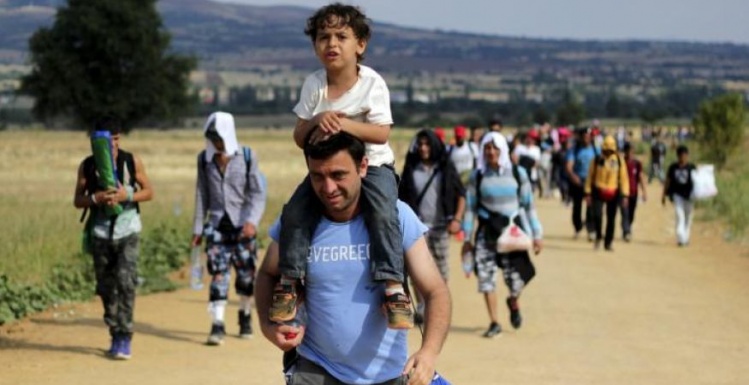 The humanitarian crisis in the Middle East has been much lamented, but little has been done to alleviate it. The number of displaced persons is staggering, and the news stories and photographs of those who have perished trying to escape the carnage in Syria and elsewhere are heartbreaking. Humanitarian efforts are faltering. Only half the funds pledged by the international community to feed, clothe, and house refugees has been forthcoming. It is estimated that 7 million Syrians have been internally displaced, while 4 million have fled the country. Jordan, Lebanon, and Turkey have absorbed the bulk of the refugees. One out of every three persons in Lebanon is a Syrian refugee. Overwhelmed and unable to provide for the influx of desperate migrants, Jordan and Lebanon have closed their borders. The refugees march on.

As a consequence of the international community’s failure to broker a settlement to end Syria’s five-year-old civil war, the chaos in the Middle East is no longer on Europe’s doorstep, but deep inside its own house. Tens of thousands of Syrians are making their way from Turkey to Greece, in the hope of crossing the Balkans and Central Europe to Germany or Scandinavia, whose asylum policies are unusually generous—which is to say, humane. Germany alone will take in 800,000 refugees this year. Shocked by the recent death toll among those seeking refuge, German Chancellor Angela Merkel is calling on all EU countries to take in their fair share of asylum-seekers. Central and Eastern European countries are balking, their leaders indulging in xenophobic excuses. Great Britain and France have not been much better, content to let Italy and an economically precarious Greece contend with the greatest humanitarian crisis in Europe since the Second World War.

Whether Merkel will be able to exert the political pressure needed to get the EU to act is very much in question. The chancellor has made it clear that she thinks a failure to respond collaboratively to the refugee crisis poses a threat to everything the EU stands for. She’s right. The EU’s open-borders policy has done much to unite a once fiercely divided continent. If individual nations start policing their borders within the EU, the union’s hard-won, if fragile, sense of solidarity will continue to fray. Only months ago EU members committed themselves to resolving the refugee crisis jointly, only to have that agreement fall by the wayside in the face of domestic resistance. No doubt, convincing Europeans to welcome hundreds of thousands of immigrants is a tough sell. The alternative, however, will be the senseless death of thousands and shame for Europe.

The EU is not the only one missing in action. The United States has accepted only fifteen hundred Syrian asylum-seekers since 2011. In May, fourteen Democratic senators proposed that the United States take in sixty-five thousand Syrian refugees, only to be rebuffed by the Republicans. Fair-minded people can disagree about conventional immigration policy, but why have we essentially closed our doors to people fleeing one of the most brutal wars imaginable? Surely, whatever potential threat a tiny minority of these refugees might pose can be easily managed. This country has refused asylum to those fleeing persecution and death in the past, and later deeply regretted doing so. Opening our doors to Syrian refugees is both just the right thing to do and a necessary acknowledgement of the responsibility the United States bears for the current chaos and slaughter in the Middle East. We went to war in Iraq in 2003 convinced that we knew best how to rearrange the political, economic, and social lives of those in the Arab world. That was a catastrophic folly, and our responsibility to those left behind in the bloodlands did not end when the United States withdrew its forces.

Pope Francis will soon be in the United States. During his visit, he will address the UN and a joint session of Congress. Francis has spoken out eloquently about the refugee crisis, calling it a disgrace. He has called on every Catholic parish in Europe to shelter refugees. How appropriate it would be if he were to challenge both the UN and the U.S. Congress to live up to their humanitarian obligations. He could hold up a photograph of the three-year-old Syrian boy, Aylan Kurdi, drowned and washed ashore trying to escape to Greece with his family. “In another place, another time, this might have been your son, your daughter,” Francis could say. “Stop looking over your shoulder at those who only want to divide humanity. Do the right thing: feed the hungry; shelter the homeless; clothe the naked; visit the sick and imprisoned; and bury the dead. Don’t tell me there is nothing you can do about this.” 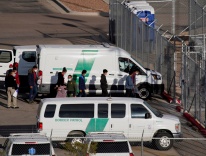