Will Orlando Soften Our Ideologies? 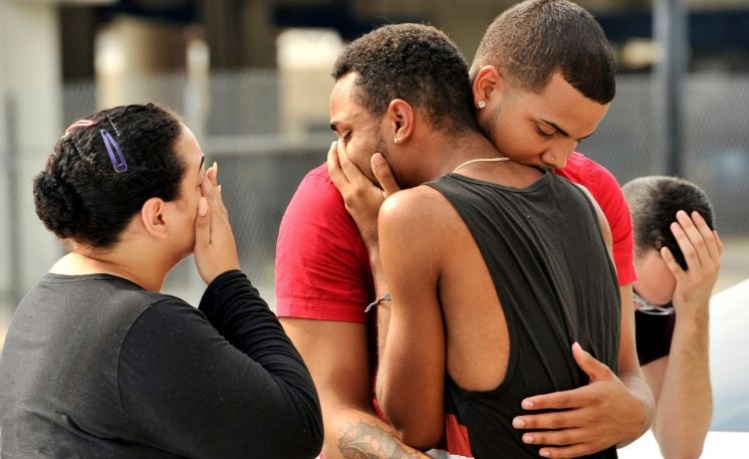 It only compounded the horror that the deadliest mass shooting in U.S. history called forth talking points that had been composed long before fifty innocents were murdered early Sunday.

The immediate reactions on social media to the killings at Pulse Orlando, a popular gay dance club, etched a portrait of our national divisions, our mutual mistrust and our inclination to know what we think even when we lack all the facts.

Even before President Obama spoke Sunday afternoon, there were declarations of great certainty that he would attribute the massacre to guns and not “Islamism”—and would therefore feed support for Donald Trump.

Trump did not disappoint. At 12:43 p.m., he turned to his communications medium of choice and tweeted: “Appreciate the congrats for being right on radical Islamic terrorism, I don’t want congrats, I want toughness & vigilance. We must be smart!”

It is no day for partisanship, but how could Trump even think of using a moment of national trauma and mourning as an occasion to tout his own genius—or to reach sweeping conclusions on the fly?

But it’s entirely true that those of us who have long believed that our scandalously lax national gun laws make sickening slaughters inevitable had predictable reactions of our own.

I freely admit that I identified entirely with Sen. Chris Murphy (D.-Conn.) when he declared: “This phenomenon of near constant mass shootings happens only in America—nowhere else. Congress has become complicit in these murders by its total, unconscionable deafening silence.”

Note that phrase “near constant.” We are far from alone in the world in confronting terrorism. What is different about our nation—enragingly, dispiritingly, depressingly different—is that from Virginia Tech to Sandy Hook to Orlando, attacks of this sort happen here again and again and again.

Why can we never include a reappraisal of our weapons laws as part of democracy’s arsenal of responses to terrorism and mass violence?

Why are those who tout themselves as being the toughest among us in calling out terrorism inspired by Islam so timid as soon as any plausible answer is labeled “gun control”?

Nonetheless, those of us who hold these views must find ways of reaching out to fellow citizens with whom we have been battling for decades. Terrorism terrorizes advocates of gun control and supporters of gun rights alike.

And those on both sides of the gun issue will want to know why three FBI interviews with the killer, Omar Mateen, did not raise more alarms in light of evidence of his apparent terrorist sympathies. What we know so far underscores the challenges of fighting terrorism in a free society.

When the president did address the nation, his sobriety and restraint reflected the reaction of a man who had been required too often to speak about the unspeakable and whose calls for action have gone unheeded.

He gave his critics who despise his views on guns nothing, turning the tables on them by saying simply that failing to act to keep deadly weapons out of the hands of those who would use them against innocent fellow human beings “is a decision as well.” And it is.

He also did something important, showing how futile it is to force an act of evil into the boxes we prefabricate. The Orlando slaughter was, he said, “an act of terror and an act of hate.”

We gain nothing by arguing about which form of moral revulsion is superior or more appropriate. We set ourselves back by responding to an act of violence against Americans who are gay by turning on Americans who are Muslim.

The only appropriate response to Orlando is solidarity harnessed to intelligent determination. So far, no body count, however repulsive, has forced us to abandon our ideological cul-de-sacs. The dead on the floor of a night club cry out to us.