The Conservative Evasion on Guns 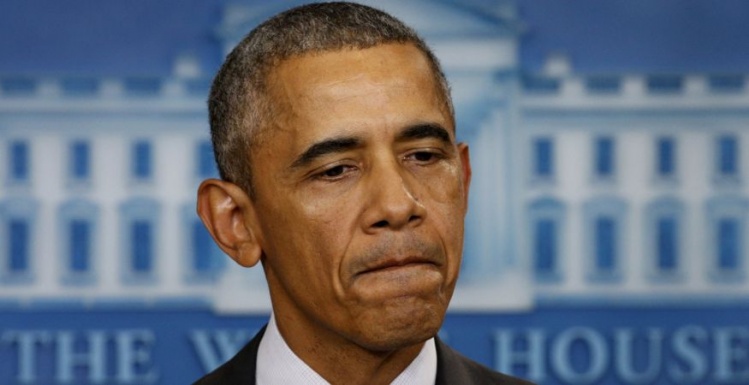 President Obama spoke some of the most important words of his tenure last week in response to the mass shooting at Umpqua Community College in Roseburg, Oregon. “This is something we should politicize,” the president said. “It is relevant to our common life together, to the body politic.”

This is something we should politicize. His statement was remarkable for violating the etiquette as to what a leader should say after another slaughter by a deranged gunman and the conventional wisdom about how politicians have to pretend that they are not engaged in politics.

But Obama was forcing us to face reality. It’s politics that has rendered our nation powerless in the face of butchery. There have been at least 142 school shootings since the massacre in Newtown, Connecticut, in December 2012, according to Everytown for Gun Safety, and Congress has done nothing. It’s politics, as Obama said, that makes the United States “the only advanced country on Earth that sees these kinds of mass shootings every few months,” and politics that leads our learned legislators to pass laws barring the government from “even collecting data on how we could potentially reduce gun deaths.”

“Politicize” is the right word for another reason: We will not act until politicians start losing elections for opposing even the most modest gun safety measure. We will not act unless political parties that block action lose their majorities. Yes, I am talking about a Republican Party that has completely aligned itself with the interests of gun manufacturers and gun fanatics.

I have criticized timid Democrats for doing the NRA’s bidding, and they need to be challenged in primaries, even if this means putting some of the party’s seats in Congress at risk. But it is the GOP that is institutionally tied to those who insist that gun rights supersede all of our other rights. And I cordially invite House Speaker John Boehner and Senate Majority Leader Mitch McConnell to prove me wrong.

Engaging in politics also means unmasking rationalizations that may sound plausible but are merely intended to justify pathetic pandering to the forces of evasion and inertia. The most debilitating dodge is to claim that nothing can be done, that nothing works. The gun lobby specializes in isolating a given incident and declaring sagely that this or that particular solution would not have prevented it.

News flash: No law will ever solve every problem or create heaven on Earth. But it is a straight-out lie to assert that stronger gun laws make no difference. Here is the conclusion of a study released in August by National Journal: “The states that impose the most restrictions on gun users also have the lowest rates of gun-related deaths, while states with fewer regulations typically have a much higher death rate from guns.” State laws could be even more effective if they were matched by federal laws that made it harder for guns to get into the wrong hands.

Politicians who go on about American greatness should be ashamed of saying that the United States is the one and only nation that can’t act effectively to solve a problem every other free and democratic country has contained.

Conservatives might usefully listen to former Australian Prime Minister John Howard, who has noted that he led “a center-right coalition” whose parties represented “virtually every non-urban electoral district in the country.” In other words, his party is a lot like our Republicans.

After a psychologically disturbed man killed thirty-five people in Tasmania, Howard championed state bans on the ownership, possession, and sale of all automatic and semiautomatic weapons by Australia’s states along with a federal ban on their importation. He also sponsored a gun buy-back scheme that got 700,000 guns—the statistical equivalent of 40 million in the U.S.—off the streets and destroyed. “Few Australians would deny that their country is safer today as a consequence of gun control,” Howard wrote in The New York Times shortly after the Newtown killings.

Politicizing this struggle means being unrelentingly candid in calling out an American conservative movement that proudly champions law and order but allows itself to be dominated by gun extremists who deride every gun measure that might make our country a little bit safer—no matter how many mass killings we have.

Conservatives all over the world are aghast at our nation’s permissive attitude toward guns. Is a dangerous and harebrained absolutism about weaponry really the issue on which American conservatives want to practice exceptionalism?