Why We Give Thanks

And Why We Need to Do Better
By E. J. Dionne Jr.
Books
Spirituality
Theology
Social Justice 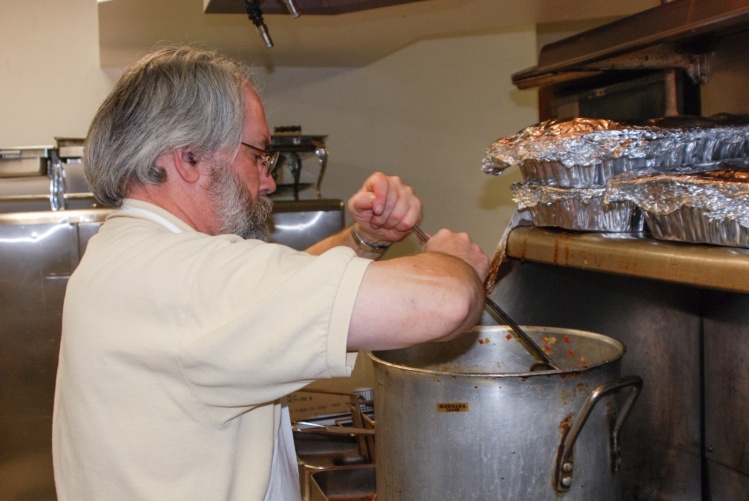 Giving thanks implies renouncing claims that our blessings and achievements are entirely our own doing. The act of gratitude is a declaration that we owe a great deal to others—to our families and friends, to our communities and our country, and, for believers, to the Almighty above all.

Thanksgiving is thus, at once, the most traditional of holidays and the most radical. It certainly evokes Norman Rockwell paintings of hearth and home, of a nation united by long-established rituals around a table of plenty.

It is also the day on which our dedication to accomplishment and striving gives way to a reality we only occasionally acknowledge: Even the best things we do are contingent on support and help from others, and on social circumstances that make our successes possible.

Among the gifts for which many of us express appreciation is our presence in a very fortunate land. Ours is certainly not the only lucky country, but it’s undeniable that being born or raised here, or arriving later in life, affords opportunities much harder to come by in so many other parts of the world. I have deep affection for other countries, but I love this one and am very glad I was born here.

But we do not partake equally in this good fortune. Countless Americans will have no Thanksgiving dinner at all. Others will rely on shelters or halfway houses, churches, synagogues or mosques. Historically, barriers of race, class and status have deprived individuals and entire groups of basic rights and their fair share of our abundance.

Indebtedness to a place entails neither blind praise nor arrogance about how great it is, but a determination to see that it lives up to its potential and its promise.
sharetweet

We can, of course, be grateful for another aspect of our inheritance: The freedom to organize, mobilize and speak out has allowed us to chip away at such injustices and heal some of the injuries they cause. But to make good on this, we have to recognize the imperfections in the first place.

Indebtedness to a place thus entails neither blind praise nor arrogance about how great it is, but a determination to see that it lives up to its potential and its promise. And here we might learn something from what those whose legacy we remember on this holiday—the Pilgrims and the Puritans — had to say about why they came here.

My recommended Thanksgiving reading is “As a City on a Hill,” Princeton University historian Daniel T. Rodgers’s new book. Rodgers (who offered a helpful short version of his argument last week on The Washington Post’s “Made by History” site) tells the story of John Winthrop's celebrated 1630 sermon, “A Model of Christian Charity,” delivered to Puritans about to arrive on the shores of what became the Massachusetts Bay Colony.

Rodgers traces the path of Winthrop’s words through our subsequent history and shows how they became central to the rhetorical repertoire of our politics thanks to Ronald Reagan. The Gipper added an adjective when he described “a shining city upon a hill” and cast it as “a tall proud city, built on rocks stronger than oceans, wind-swept, God-blessed, and teeming with people of all kinds living in harmony and peace.” It's a lovely reminder when we need it that presidents have typically lifted up the virtue of harmony when describing our diversity.

But Rodgers argues that a proper understanding of Winthrop requires us to see his homily not as a precursor to proclamations about American exceptionalism but as a warning and a set of moral demands upon “a covenanted people” who bore “the burdens of visibility.”

This leads, Rodgers observes, to the obligation “to live as if one’s society was under the moral scrutiny of the world, as if the eyes of all people were trained on it: What responsibility could be heavier?” It's a compelling question at this particular moment in our national life.

Also telling is Rodgers’s observation about the “aching tension” in the document “between the social fact of inequality and Winthrop's yearning for a community rooted in love.” The “demands of charity,” the historian notes, are at the sermon’s “inner heart.”

God created differences, Winthrop avowed, so that “every man might have need of others, and from hence they might be all knit more nearly together in the Bonds of brotherly affection.”

“We must delight in each other,” the communally minded Winthrop declared, “make others’ conditions our own, rejoice together, mourn together, labor and suffer together, always having before our eyes our commission and community ... as members of the same body.”

Which is both what we seek and what we honor around our tables of thankfulness.