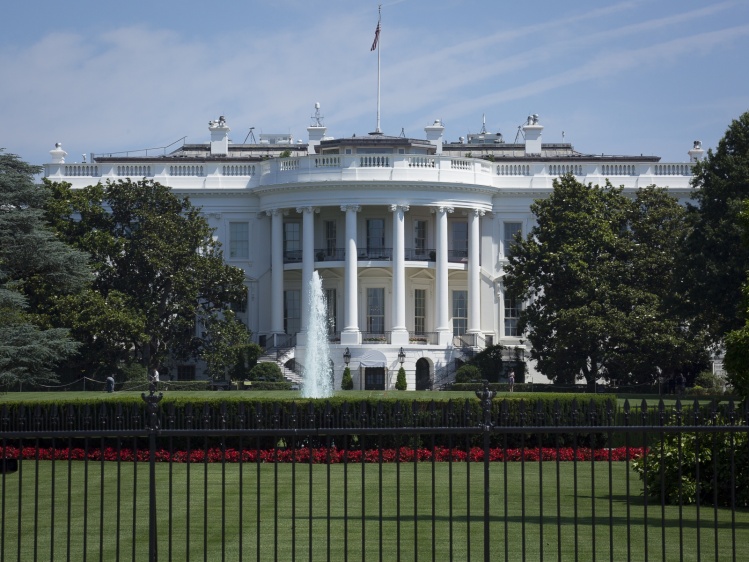 Seven years before the term “whistleblower” would be heard in every newscast, Tom Mueller began the exhaustive research for a biting, angry book that champions those who risk much to call out corruption. It was released just as the House of Representatives launched into impeachment mode after a CIA employee blew the whistle on President Donald Trump’s effort to coerce Ukraine into investigating his political rival Joe Biden.

Mueller and his publisher seem extremely lucky that the stars have lined up so nicely for the release of Crisis of Conscience: Whistleblowing in an Age of Fraud. But something more than luck is involved: Mueller had recognized the signs of the times that would someday produce a president who so exemplified the need to protect whistleblowers.

Mueller delivers the backstory of how we got here, tracing factors over the past half-century that necessitated what he says is a golden age for whistleblowing. He writes, “We are in the midst of a battle over whistleblowing, part of a larger struggle between personal conscience and group solidarity, between the rights of the individuals to know what their corporations and their government are doing, and the greater power of organizations to keep their secrets.” Mueller is an equal-opportunity muckraker; he prosecutes regardless of political party, and exposes universities and hospitals no less than big business and government. He will bring out your inner populist, whether it’s the right-wing or left-wing version.

The most compelling part of his case is evidence that the institutions created to prevent corrupt dealings have themselves become complicit. This leaves the job to conscience-stricken whistleblowers to step forward; Mueller says he has interviewed some two hundred of them. Often, the supposed watchdogs—the compliance sector of the finance industry, or inspectors general in the federal government—help the empire to strike back at the whistleblower, who is invariably vulnerable.

“The historical arc of this book, and the voices of its whistleblowers, suggest some of the shifts that made a person of Donald Trump’s qualities eligible for the American presidency,” Mueller writes. Particularly apt for this historical moment is what Mueller charges is a politicization of the inspector general system, which is playing an important role in the Trump-Russia-Ukraine saga.

Mueller dramatizes this politicization through the frightening story of Tom Drake, a National Security Agency employee who tried to blow the whistle on a billion-dollar surveillance program that he believed would lead to widespread violations of privacy. He favored a far less costly program that he maintained would have allowed intelligence agencies to stop the September 11, 2001 terrorist attack.

Drake followed procedure and brought his complaint to his agency’s inspector general. In the meantime, news reports appeared about the wasteful government program and, according to Mueller, the inspector general’s office let Justice Department investigators know that Drake was concerned about the program. The Obama administration Justice Department rolled over Drake with its full force, charging him under the Espionage Act and threatening him with life in prison. Ultimately, the prosecution case fell apart; Drake had given some unclassified documents to a reporter, not official secrets.

It’s not a new story; 60 Minutes and the New Yorker’s Jane Mayer have investigated what was done to Drake. But Mueller follows it through to examine the role of the Defense Department inspector general’s office. “The office that was created to serve as a haven for whistleblowers had become a whistleblower trap,” he writes.

This is what I found most chilling in this sprawling book; if the failsafe mechanisms are failing, we’re in trouble. Mueller finds this to be the case even in the Justice Department’s Office of Professional Responsibility, which was founded after Watergate to ensure the agency’s integrity. One of its attorneys, Jesselyn Radack, called attention to illegal interrogation methods used against John Walker Lindh, the so-called “American Taliban” arrested in 2001. Lindh had retained a lawyer, but was questioned without one.

Often, whistleblowers are crying out about matters of life and death.
sharetweet

Radack notified her superiors about her concerns and then learned that the Justice Department failed to include her emails in documents it was supposed to hand over to the judge in Lindh’s case. Then she found that the records were purged from the case file and electronic copies were missing in the department’s computer system. Radack managed to retrieve some of them with technical assistance, and asked her supervisor if she should give them to the prosecutor in the case. Her supervisor, “visibly angry,” told her, “No. I’ll handle that.”

Radack left the Justice Department for a private law firm but, according to Mueller, became the subject of a federal criminal investigation “with familiar Kafkaesque contours.” The government notified her law firm, which put her on unpaid leave. She was put on the No Fly List. She was referred for disciplinary action over her license to practice law. All allegations were eventually proven false, Mueller writes, and Radack decided to devote herself to defending whistleblowers, including Drake.

If even the “whistleblower-protectors” in national-security agencies “get the whistleblower treatment,” as Mueller puts it, then their concerns will come out through other channels, such as the news media. As it is, he says, the system “has been optimized to draw in would-be whistleblowers with false insurances of confidentiality and intent to investigate, and then to silence them.” Ultimately, the failure of the failsafe mechanism endangers national security by encouraging leaks. Mueller says that “the brutal treatment” of Drake and four other National Security Agency employees after they blew the whistle “convinced Edward Snowden to make his own disclosures about national security wrongdoing not through official channels as they had done, but to the press” in 2013.

Mueller takes a similarly dim view of the corporate-compliance industry. “In principle, the compliance department is an institutionalized whistleblowing body with an organization, like the inspector general’s offices instituted in many government agencies,” he writes, but “in practice, compliance programs often become an elaborate game that a company plays with itself, while proceeding toward its real goal of making as much money as possible.”

Mueller’s account is strongest where he tells the stories of individual whistleblowers whose conscience calls them to resist complicity in corrupt activities. Often, they are crying out about matters of life and death.

There’s Elin Baklid-Kunz, a compliance officer at Florida-based Halifax Hospital, who came forward with charges that the health system illegally compensated doctors with a profit-sharing incentive that led to risky, medically unnecessary surgeries and needless hospitalizations. The company settled a Justice Department lawsuit for $85 million; under the Federal False Claims Act, Balid-Kunz received $20.5 million of that, including money to pay her lawyer.

There’s Allen Jones, an investigator in the Pennsylvania inspector general’s office who was told to back off a probe of gratuities to a state official from Johnson & Johnson because it was politically sensitive. Jones persisted; he lost his job and much more. But he pointed the way to an immense fraud.

Johnson & Johnson reached a $2.2 billion settlement with the federal government in 2013 on charges that it paid kickbacks to persuade doctors and pharmacists to recommend the anti-psychotic drug Risperdal to treat dementia in the elderly and attention-deficit disorders in children, despite known risks: increased possibility of strokes in older patients, and growth of breasts in young boys. In October, a Philadelphia jury issued a startling $8 billion verdict against the company in the case of a man who developed the condition, called gynecomastia, after taking the drug as a boy.

Or Franz Gayl, a Marine Corps official who disclosed in 2008 that American soldiers died in Iraq because of Defense Department delays in providing mine-resistant, ambush-protected transport trucks, called MRAPs, rather than vulnerable Humvees.

Many of the whistleblower stories Mueller tells have already been widely reported, but he provides a renewing depth of detail and context. The book is less effective where Mueller veers off into generalized screeds against corruption. His listing of the many banks that have criminal rap sheets is tedious, for example. It is part of a 113-page chapter, “Money Makes the World Go Round,” that really wants to be a separate book on the government’s failure to prosecute wrongdoers in the finance industry responsible for the 2008 collapse. The story of Richard Bowen, a Citigroup banker who tried to warn higher executives about risky business practices, gets a bit lost.

While I share Mueller’s belief that there should have been fraud prosecutions for the lies that undergirded systematically bad loans, I thought his account lacked an appreciation for the situation as it faced President Barack Obama at the time: he needed to get capital flowing to avoid a depression. As it was, it was clear the country faced a long downturn in the economy. In the ensuing rise of populism on both right and left, it’s mostly been forgotten that the consequences could have been much worse.

I don’t like to write this, since at times I may also be guilty of writing too long and in too much detail, but this would be a stronger book if a hundred pages were edited out of it. This brief didn’t require its 596 pages. Mueller seems like that lawyer whom a judge repeatedly admonishes, “You’ve made your point. Let’s move on.”

But he does indeed make his point: “Whistleblowers prove the remarkable power of one righteous voice, and the possibility of setting aside cynicism and pragmatism to live a life guided by ideals, with all the risks and sacrifices this implies,” he writes in the concluding chapter, based on ample evidence. “This affirmation of idealism, and its attendant hope, may be the whistleblower’s most precious gift.”