Which Path for the Right? 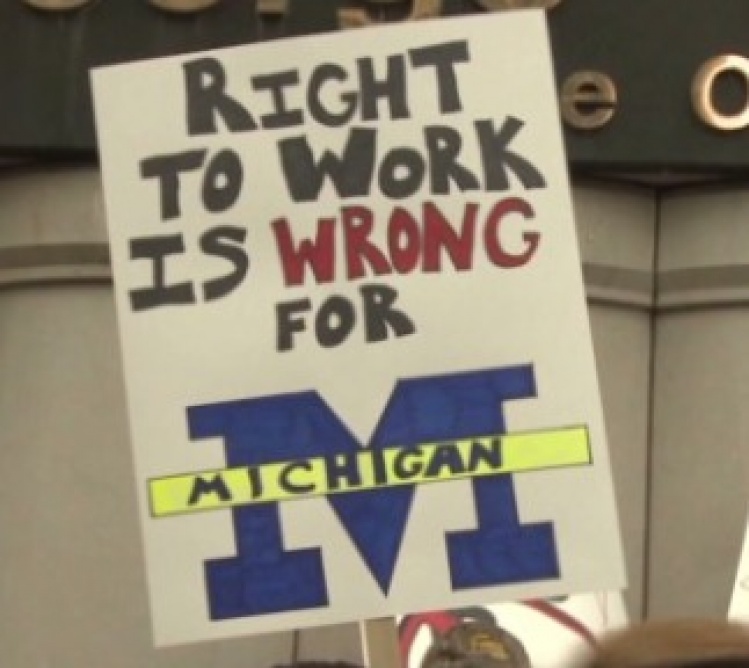 I try to be hopeful about things. I long for a time when people on the left and the right might exchange opinions without assuming the very worst of each other. I don't view conservatism as a form of psychosis, and would like conservatives to harbor the same attitude toward progressivism. Happy warriors are better than grim antagonists.

In the weeks since the election, my hopes have been buttressed by conservatives willing to say that since Republican candidates have lost the popular vote in five of the last six presidential elections, new thinking might be in order. Democrats went through the same dismal cycle between 1968 and 1988, producing a reformation on the center-left. Conservatives are surely capable of the same.

For three decades, liberals were continually reacting to conservative criticisms. They regularly proclaim their love for markets, and Bill Clinton went so far as to declare that "the era of big government is over." Now, finally, conservatives are responding to liberal insights -- about rising inequality, about government's proper role in the economy, about the utility of public action to promote social mobility. This is a promising sign.

Oh, yes, and conservatives realize they can't win elections if they keep turning off Latinos, African-Americans, Asians and the young, particularly younger women. As one conservative friend said recently, "It's not exactly a great approach to go to a Latino voter and say, 'Well, we'd really rather you weren't here, but we'd still like you to vote for us.'" The potential of a renaissance in conservative thought is enormous, if the right can overcome a certain intellectual laziness and inflexibility that, in fairness, have at other times afflicted the progressive side of politics.

There is, unfortunately, another school of thought on the right that rejects adjusting to a new electorate and to circumstances very different from the ones that Ronald Reagan inherited in 1980. Strategies for future victories are based on a naked use of government power to alter the political playing field in a way that diminishes the political influence of groups likely to be hostile to the conservative agenda.

The tea party movement cast itself as an authentic grass-roots expression of democracy, and in some ways it was. But the conservative legislatures it swept into office in so many states in 2010 took decidedly anti-democratic actions aimed at reducing the size of the electorate through a variety of voter suppression measures -- hard-to-obtain voter IDs, shorter early voting periods, new barriers to voter registration drives, and long ballots that slowed the lines on Election Day. The U.S. Supreme Court, in the meantime, changed the rules about financing campaigns in the Citizens United decision, enhancing the sway of wealthy people and moneyed interests.

Now comes Michigan's new right-to-work law passed on Tuesday in a travesty of normal democratic deliberation. This effort to weaken unions would be problematic in any event. The moral case for unions is that they give bargaining strength to workers who would have far less capacity to improve their wages and benefits negotiating as individuals. Further gutting unions is the last thing we need to do at a time when the income gap is growing.

But beyond that, the way Gov. Rick Snyder and the Republican Michigan Legislature rushed right-to-work through a lame-duck session was insidious. The anti-union crowd waited until after the election to pass it. Snyder had avoided taking a stand on right-to-work until just last week when he miraculously discovered it would be a first-rate economic development measure. The law was included as part of an appropriations bill to make it much harder for voters to challenge it in a referendum.

The political motivation here is obvious. Union families are the premier cross-racial Democratic constituency. Nationwide, President Obama carried union households by 18 points, but non-union households by only one -- a "union gap" of 17 points. In Michigan, the union gap was an astonishing 32 points: Obama won union households 66-33 percent, the rest of the electorate by 50-49 percent.

But the most disturbing aspect of the Michigan power grab is what it says about where the conservative argument may go. Those willing to expand the appeal of conservatism by refreshing it will face opposition from those who would try to make new thinking unnecessary. They'd simply rig the rules to chip away at the political capacity of groups that don't buy into conservative orthodoxy.

A movement dedicated to markets should have more confidence in democracy's free market of ideas and stop trying to distort it.