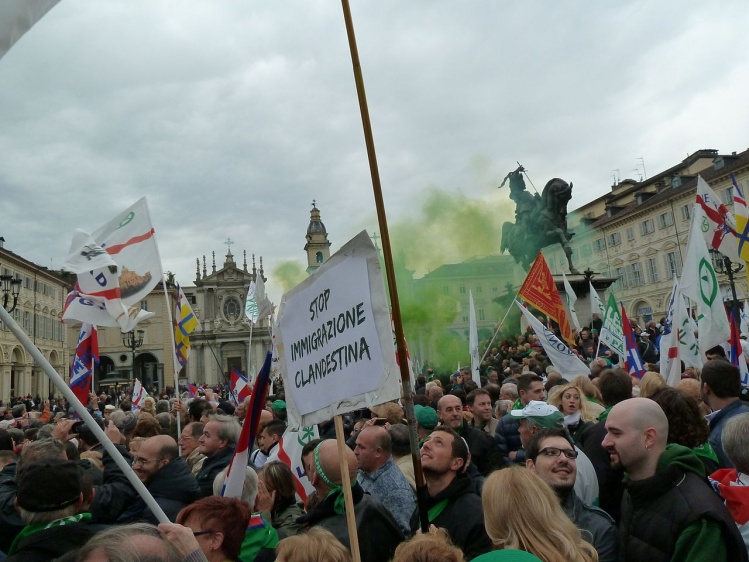 Steve Bannon may be on the way to getting his electoral Dream Team in Italy, a coalition of the anti-establishment Five Star Movement and the anti-immigrant League. That is no cause for celebration among Catholic Church leaders, who are somberly facing up to the fact that the faithful have helped elect a governing coalition united by opposition to immigrants, whose welfare is one of Pope Francis’s greatest concerns.

Andrea Riccardi, founder of the Community of Sant’Egidio, was more blunt than most about it. “In addition to defeating the Democratic Party, I speak in some way of defeat of the church,” he said in an interview with L’Espresso. “There is a Catholic vote that went to the League or M5S,” the acronym for the Five Star Movement. “I do not say that they should be excommunicated, but the church's message did not have relevance to them.” The League, he added, “was more reassuring” for these voters than the church was. (Polls showed that Catholics who go to Mass weekly voted in substantial numbers for the League or the Five Star Movement, but were less likely than the overall electorate to do so.)

The Sant’Egidio community, a lay movement based in Rome, has played an important role in promoting Pope Francis’s work in behalf of immigrants. But I had the sense in a visit to Rome over the past three weeks that the Italian bishops were playing catch-up following the results of the March 4 election. Still, there was an immediate recognition among them as a group that the church has a problem if practicing Catholics are voting based on antipathy for immigrants. The collective reaction from U.S. bishops to the election of an anti-immigrant president and Congress was more mixed.

At a March 21 meeting, the Permanent Council of the Italian bishops’ conference decided to send a letter about welcoming immigrants to be read in all parishes “to help communities pass from fear to encounter, from encounter to relationship, from relationship to interaction and integration.”

In responding to reporters’ questions afterward, the secretary-general of the bishops’ conference appeared to offer his own take on the remarks Riccardi had made earlier, which were headlined in L’Espresso: “If Catholics voted for M5S and the League, it means the church has lost.” Bishop Nunzio Galantino told reporters that since he wasn’t a candidate, he wasn’t defeated. “The church was not defeated” in the election, he added, because Pope Francis’s talk of welcoming immigrants is based on the Bible and evangelization—in other words, not on politics.

Nonetheless, Galantino acknowledged that “the bishops have had to take note of an insufficient preparation and even political sensitivity that has been revealed.” This will require a return to emphasizing religious formation, he said.

Pope Francis has continued to decry the fear of immigrants, the driving force in the election
sharetweet

The governing coalition still isn’t fully formed—legislative leaders were picked, but the prime minister has not been chosen. So far, Matteo Salvini, the Donald Trump-friendly, anti-immigrant, anti-Muslim leader of the League seems to be grabbing more influence than his party’s 17 percent share of the vote would justify. He’s accomplished that through negotiation with Luigi Di Maio, leader of the Five Star Movement, top vote-getter at 33 percent. There are obvious differences between their parties; their economics go in opposite directions. Di Maio ran on a promise to create a guaranteed national income, which drew votes in impoverished southern Italy, a region that the League, previously named the Northern League, had scorned as a home to loafers. Based in the wealthier, industrialized north, the League backs a flat tax. (Bannon has said he favors Salvini, whom he reportedly met with on March 8.)

Meanwhile, without direct reference to Italian politics, Pope Francis has continued to decry the fear of immigrants, the driving force in the election. Comments he made at a ceremony to mark the fiftieth anniversary of the Community of Sant’Egidio, spoken to a crowd gathered in front of the Basilica of Santa Maria in Trastevere on a chilly, rainy Sunday afternoon on March 11, have to be seen in that context:

“The world today is often inhabited by fear—also by anger which is the sister of fear, as Professor Riccardi said. It is an ancient disease: in the Bible the invitation not to be afraid is often repeated. Our age is marked by great fear in the face of globalization. And fears often focus on those who are foreigners, different from us, poor, as if they were an enemy. Nations’ development plans are also driven by opposition to these people. And thus we defend ourselves from these people, believing we are preserving what we have or what we are.”

The Italian bishops’ grim outlook on the election surfaced in remarks from Cardinal Gualtiero Bassetti, president of the bishops’ conference. He quoted former Prime Minister Alcide De Gasperi, a founder of the Christian Democratic Party and an advocate of what eventually became the European Union, who said after the 1953 election, “In this harsh campaign, too many preached hate…but the Italian people need fraternity and love.”

On a cool, damp first day of spring, Bassetti offered gloomy observations about a continuing winter that was “not just meteorological”—a “winter that is expressed in the fear of the different: a fear that often scapegoats the immigrant.”