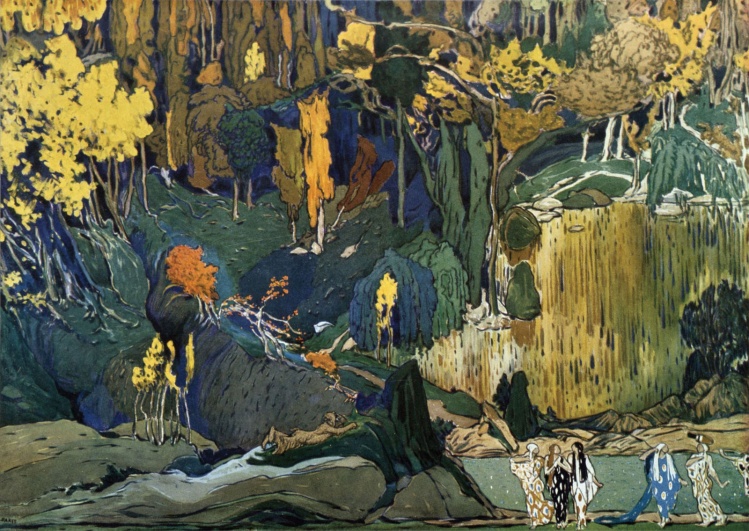 James Lasdun’s Afternoon of a Faun is a cool novel about a hot topic. The prose is masterfully controlled: the diction precise, the syntax unhurried, the tone measured. But the story that Lasdun coolly relates—the revelation of a long-ago sexual assault, or at least the accusation of such—is incendiary. The abuses documented by the #MeToo movement have shown what happens when lust and power go unchecked; Afternoon of a Faun is an excellent #MeToo novel precisely because it keeps its combustible story so tightly restrained.

The novel’s unnamed narrator is an urbane, mildly successful writer. Born in England, he now lives in upstate New York and occasionally teaches in the city. (In all these ways, he resembles Lasdun.) The narrator prides himself on his composure—his ability to remain “noncommittal” (a favorite word) as he listens, observes, considers. Good writerly qualities, we might think. But, the novel asks, is such reserve the right stance when dealing with accusations of sexual violence—accusations in which reputations, even lives, are at stake, and where remaining noncommittal favors those with more power? When does withholding judgment actually render a tacit verdict? When does coolness become cruelty?

The novel opens in 2016 with an accusation. Julia Gault, a one-time “current affairs presenter on a popular but serious TV show,” has written an as-yet unpublished memoir about sexual mores in the 1970s British media world. In it, she accuses her former colleague, the “gloriously intrepid” conflict-zone reporter Marco Rosedale, of sexually assaulting her while the two were reporting from Northern Ireland. Marco claims with absolute certainty that the relationship was consensual. But he also knows that “it was the kind of thing that, once said about you in public, rendered you permanently suspect—at best.” And it’s the kind of thing that, barring contemporaneous evidence, becomes a battle waged largely through narrative: Whose story is more believable or titillating? Which side is more appealing to one’s political commitments?

Lasdun’s narrator finds himself caught between the warring camps. Julia used to be a family friend. The narrator had a youthful crush on her—he even considered working her into an earlier novel—but has since lost touch. As for the accused, the narrator declares in typically guarded fashion that he and Marco are “good friends—pals.” Though they’ve known one another for decades, they’ve become close only in the last ten years. They admire one another’s liberal politics; they share a background (“our fathers had both been prominent figures in the London we’d left behind”); they both possess minds that are “detachedly curious and cheerfully unillusioned.”

Because of this, the narrator becomes the “impartial judge to whom Marco can reveal “his ‘ordeal’ (as he’d taken to calling it),” putting aside the mantle of palhood and instead playing the role of confessor and confidante, “armored in the sanctioned iciness of the role.” The narrator believes that the truth is out there, “fixed in its moment, unalterable, and certainly not a matter of ‘belief.’” He can discover what happened but only if he remains scrupulous, a good listener rather than an ardent defender—hence his “usual noncommittal expression” as Marco rails against his accuser; hence the cool style and careful syntax.

There comes a point when a refusal to decide becomes a capitulation.
sharetweet

Through Marco’s confessions and the narrator’s memories, we move back and forth between the past, when sex between coworkers seemed (to the men, at least) casual and low stakes, and the present, when such acts take their place in a broader conversation about power and consent. Marco denies the accusation of assault. Yes, they slept together a few times. But, he protests, “there’s still no way I’d have coerced her, and more to the point, there’s no way she’d have let herself be coerced.” He threatens litigation (his elderly father is a big-time London barrister), digs up dirt, and concocts theories about why women in general, and Julia in particular, might accuse men years after the fact. It’s all about punishing men for their unearned privilege, or it’s all an expression of “societal outrage,” or it’s all a “land grab, power grab, money grab…. It’s business! Pure and simple.”

Having been drawn into the story by Marco, the narrator seeks Julia out, too, visiting her flat in London. Again, he observes things scrupulously—refusing to show his hand, forensically examining each memory and assertion. At one point, Julia fabricates damning evidence against Marco but then admits to the falsehood. Things remain as murky as ever. The narrator weighs and judges and then pulls back: “I realized…. that I’d decided she was telling the truth. Or at least telling me truthfully what she remembered. There was always the possibility of false memory, I supposed, though I’d never really accepted that as a concept.”

The narrator is, he believes, a good liberal—flexible in mind and spirit, decisive only in his unwillingness to decide before all the facts are in. Afternoon of a Faun suggests that this cautiousness is both laudable and destructive. To be sure, it matters who is telling the truth. If measuring such things is possible, being falsely accused isn’t as tragic as suffering bodily violation. But it’s still terrible. (Lasdun would know. His 2013 memoir Give Me Everything You Have describes, in horrifying and real detail, the author’s own experience with a former student who, during a mental breakdown, stalked, harassed, and, by her own later admission, falsely and publicly accused Lasdun of plagiarism and complicity in her rape.)

But there comes a point when a refusal to decide becomes a capitulation. Whether or not stories like Julia’s are believed, whether or not such incidents are aired at all, has a lot to do with power—who has it and how ruthlessly they are willing to wield it. Reluctance to judge tends to reward the strong, and it does here. Marco is powerful; Marco is ruthless; Marco wins. Julia’s publisher drops her. She considers self-publication but this proves impossible, too. The truth, whatever it is, never comes out. The narrator listens and waits—and then the case is closed before he’s taken a position.

Lasdun doesn’t untie the social and political knots of the moment. He allows us to see just how knotty things are.
sharetweet

At one point, the narrator describes a “quintessentially American combination: the love of scolding and the hatred of being scolded.” Here, Lasdun identifies a feature of American culture that preceded, but has been exacerbated by, call-out culture. On Twitter and Tumblr, we love to cancel others, to signal our virtue—until we find we have been canceled ourselves, our vices broadcast to the world. Marco sees himself on the right side of history—supporting, for instance, his daughter’s relationship with a trans man. He believes women, just not this woman.

The narrator feels himself similarly torn: “My opinions about these cases were as unstable as his, lurching between an icy willingness to condemn every accused man without further questioning, and what appeared to be a perverse, atavistic loyalty to the patriarchy that would take hold of me like a temporary seizure, and from which I would emerge stunned at myself.” At times, he’s swayed by Marco’s arguments, imagining himself “in front of that campus star chamber,” decrying those “puritans whose obsession with female victimhood” is actually infantilizing and whose real goal is “bring[ing] back shame as an instrument of social control.” At other times, he’s discomfited by Marco’s vindictiveness, or won over by Julia’s genuine woundedness, or conscious of the fact that women don’t accuse lightly, knowing the rage that will likely fall upon them.

The novel opens with a female academic giving a lecture about “epistemological assault”—“the brazen denial [by the attacker] that anything untoward took place.” It closes with an example of the phenomenon: more specifically, with a certain presidential candidate “repeating the phrase ‘locker-room talk’ like a spell, as if it might ward off the general revulsion he’d aroused if he said it enough times.”

It’s easy to criticize Trump, or “men,” or “the patriarchy.” (I know; I do it myself.) But it’s harder when it’s not men being accused but a man—a friend, a colleague, oneself. Likewise, it’s easy, and right, to say “believe all women.” But what happens when a specific woman admits that parts of her story are false? Accusations of past sexual misconduct are difficult to adjudicate; it’s unfair to judge before all the evidence is in; and yet the refusal to act often becomes one more way of victimizing the vulnerable. If Afternoon of a Faun has a thesis about the #MeToo Era, it’s this: things aren’t as neat as either side of the political divide imagines. Lasdun doesn’t untie the social and political knots of the moment. He allows us to see just how knotty things are.

The novel ends in October 2016. The narrator and his friends are confident that Trump will be defeated, that “some day no doubt novelists would write dystopian alternate histories in which he won.” If only it were so; if only things were so easy.