What Did I Just Pray? 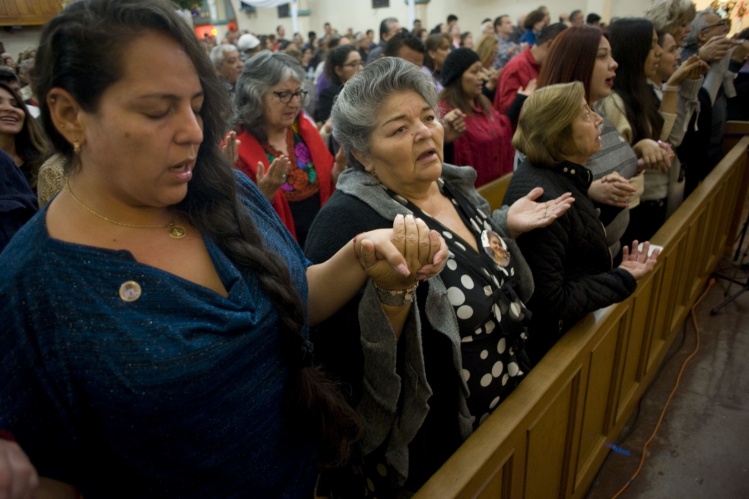 One of Pope Francis’s noteworthy leadership qualities is that he firmly believes in the value of discussion. His mental universe allows for it and even favors it. Francis has observed in himself that his first determination is frequently wrong, and patience and dialogue produce better results. In a church environment where many regard dialogue as a sign of weakness, this approach can seem confusing. But it is actually prudent.

Francis himself has explained why. In a recent interview in the Spanish publication El País he said: “Power is something that is shared. Power exists when we make decisions that have been meditated, talked about, and prayed over.”

I don’t think such advice is relevant only to discussions of politics. It is a more general insight into human affairs. The open discussions Francis favored at the Synod on the Family bear this out. And I believe this also applies to the subject of liturgical translations. Francis issued his motu proprio on translation of liturgical texts (Magnum principium) in September. More guidance will come from the Vatican eventually. Liturgiam authenticam will change; the Pope has said as much. What is uncertain is just how much it will change.

Knowing that Francis wants people to talk to one another, I am not too concerned about the fact that we don’t yet know what all the changes to Liturgiam authenticam will be. This allows all of us time to think over what Francis has said, prayerfully and with an open mind. Bishops, priests, and people, should consider the issues and talk with one another about what it all might mean.

A wonderful beginning to this process has emerged in three important articles recently published in Rome. All three are written by eminent scholars and concern the motu proprio. One, on inculturation, appeared in the Jesuit magazine, La Civiltà Cattolica. It made a strong case for the motu proprio as a fresh starting point for the cultural adaptation of the liturgy. The other two were published on the web page of the Congregation for Divine Worship at the Vatican. They concern the relationship of the motu proprio to Vatican II. One is on the right of the people to intelligible worship and the church’s obligation to provide it—a right and obligation that arise from the nature of liturgy itself. The other explains the motu proprio in terms of canon law and points out that Liturgiam authenticam has been the source of liturgical abuses, which can now be corrected. There is much to ponder and discuss in these articles.

We need discussion about furthering the work of Vatican II, and yes, about how we produce a faithful translation
sharetweet

The problem for us in the English-speaking world, however, is that our bishops seem to think there is nothing to discuss. They have the answers: Liturgiam authenticam remains in force; nothing has changed except the question of who enforces it (then, the Curia; now, the conferences of bishops); and absolute fidelity to the Latin text is what Francis’s motu proprio demands. Never mind the fact that Francis has explicitly said it is a “threefold fidelity” that is required: to the Latin text, to the receptor language, and to the understanding of the people.

Bishop Brian Dunn, a Canadian member of the Episcopal Board of the International Commission on English in the Liturgy (ICEL), published a paper which asserted that Liturgiam authenticam corresponds quite well to Francis’s motu proprio. In his view, this instruction is perfectly suited to carrying out Francis’s wishes, and ICEL should continue to produce intelligible translations, as it has all along! It’s a point of view, certainly, but one which would make many people shake their heads. If we already produce such intelligible translations, why, after one or another of the current prayers of the Missal, are so many thinking “What did I just pray?” If Liturgiam authenticam is perfectly suited to carrying forth Francis’s program, why did he ignore it and instead quote extensively from an earlier document on translation (Comme le prévoit) which Liturgiam authenticam, with great fanfare, replaced?

Archbishop Wilton Gregory, chairman of the U.S. bishops’ committee on Divine Worship, has also affirmed the status quo. At the U.S. bishops’ annual meeting, he emphasized that “Magnum principium is not retroactive,” and suggested that ICEL is producing flowing texts and, essentially, that all is well. The bishops agreed and voted in a new translation of the baptismal rite prepared according to Liturgiam authenticam. Never mind the fact that one of the prayers in that text is twenty-six lines long, as Bishop Donald Trautman pointed out.

Also, never mind the fact that the same problems that occurred with the Missal are set to recur in every new text that is produced according to the Liturgiam authenticam formula. We are not going to talk about that. The threat represented by discussion is apparently just too great.

Yet we do need to talk, about the motu proprio and the state of our liturgical prayer. We need discussion about furthering the work of Vatican II, and yes, about how we produce a faithful translation. In recent days, three retired bishops in England have stepped forward to apologize for the Missal translation, which they approved while in office. They now regret it. We need to talk about why.