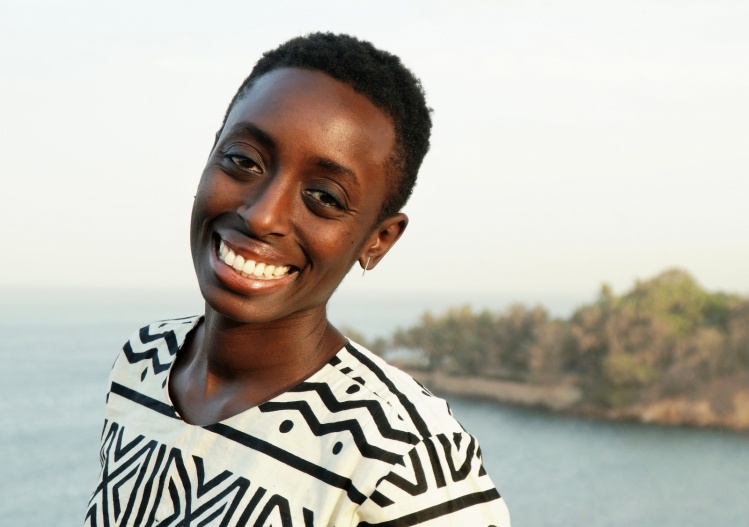 In the late 1960s I lived in Côte d’Ivoire, where my father served as an American diplomat. The second decade of African independence was a period of intense interest in African cultures, for themselves and as wellsprings of Black American culture, and African writers were being recognized as major international literary voices for the first time. On my parents’ bookshelf and in school, I discovered Amos Tutuola’s antic and surreal My Life in the Bush of Ghosts and The Palm Wine Drinkard; Chinua Achebe’s spare masterpiece Things Fall Apart; and the poems of Léopold Senghor, poet-president of Senegal, and Guinean writer Camara Laye. Though I lived in a different part of West Africa, I recall the pleasure of recognition I got from reading these books—that gratifying feeling of “getting it” and also of initiation into what I missed, as a young white foreigner, about tradition and the trauma of colonization.

In the following decades, African culture largely receded from Western awareness, for reasons that included a contempt toward African countries for “failing” to live up to the promise of a headier era. Now, African influence is resurgent in world fashion, music, visual arts, and, increasingly, literature. Since her 2003 debut novel, Purple Hibiscus, Nigeria’s Chimamanda Ngozi Adichie has become an international literary star, and her commercial success has apparently emboldened international publishers to publish women writers from other West African countries. Whereas Adichie’s novels are set in modern times, a number of these women are writing historical fiction about such fraught subjects as African slavery, African participation in the trans-Atlantic slave trade, and traditions that subject women to pain and suffering. Two recent debut novels—She Would Be King, by Liberian-born, American-raised Wayétu Moore, and The Hundred Wells of Salaga, by Ghanaian writer Ayesha Harruna Attah—are part of this new literary wave. Both are set in the nineteenth century, after Europeans had outlawed the slave trade and were seeking other ways to exploit Africa.

At a 2018 Brooklyn Book Festival panel about sub-Saharan fiction, Moore and other writers spoke of a collective debt to Achebe’s Things Fall Apart. But She Would Be King reminded me more of Toni Morrison’s Beloved, with its ghost daughter and supernatural elements. Gbessa, the protagonist of Moore’s protean novel, is an outcast from her village who marries the leader of the Liberian colony, wins freedom for condemned men from her village, and returns a reluctant heroine. The story rests on a core, magical-realist premise: its heroes have superpowers. In the opening scene, Gbessa is bitten by a snake, but won’t die. Born on the unlucky day Ol’ Ma Nyanpoo killed a cat, she is considered a witch—the “proof” is her red hair—and as such she is mocked, imprisoned, and eventually left to die. The omniscient narrator recounts Gbessa’s plight in a voice ranging from mythic (“Ol’ Ma Famatta—who they say is sitting in the corner of the moon...”) to textbook (“...when the Vai people arrived from war-ravaged Arabia through the Mandingo inland in the early eighteenth century...”). A mysterious first-person voice whispers comfort when characters suffer, and Moore uses patois to approximate the Vai language. This is a lot of voice-shifting, but Moore’s voice steadies when describing Gbessa’s ordeals. Here Gbessa’s mother watches her drink as if for the last time:

Gbessa gulped and crossed her eyes toward the bottom of the bowl. She finished and when she lowered the drink from her lips, Khati’s face was hidden in her palms and she wept into them until her fingers and arms were dripping wet.

Gbessa’s one friend is the chief’s son, Safua, with whom she speaks through a chink in her wall. When she reaches thirteen, he’s charged with leaving her to die. She survives—her first inkling that she’s immortal—then later returns and carries on a secret affair with Safua, only to be chased away again, falsely accused of killing his son (who lives).

A new section shifts to a plantation in Virginia, which really is the bush of ghosts. The first-person narrator, Charlotte, is a slave who died intervening in a child’s punishment, and now haunts the kitchen and quarters. When a runaway slave is captured on the property, she cares for him. (It’s not clear he knows she’s dead.) Miraculously, she gives birth to a live child. Charlotte names her baby June Dey, but he’s called Moses and is given to a slave woman whom the master forced to abort their child. Moses proves invulnerable—bullets bounce off him—and he manages to escape, boarding a ship to New York. Sleeping through his stop, he ends up in Monrovia. The third section follows Norman Aragon, son of a slave woman who dreams of returning to Africa, and her English master. The master is a nasty piece of work, and eventually the mother, who can become invisible, escapes with Norman. She perishes in the effort, and her son—inheriting her power of invisibility—stows away on a ship to Africa.

The three characters connect on a beach in Liberia, where they recognize their kindred superpowers but are soon separated by slavers. Gbessa, rescued by the black colonists, learns English and marries the colony’s handsome leader. Threatened by European and African marauders, the colonists plan to execute Vai prisoners. Gbessa identifies Safua’s son, persuades her husband to enlist the men as allies, and marches to the village with them. She is recognized as the witch, confounding the stunned villagers. It’s a Joan of Arc moment, rendered with this devastating line: “The Vai people, blinded and unbelieving, did not know whether they should praise her for her proven tenacity and immortality or cast her away again.” The story takes still further turns. Our heroes reconnect in a rousing battle fending off the French, but not before June Dey learns his real name from the mysterious “I”—who turns out to be none other than Charlotte, the ghost mother.

Writers are either “putter-inners” or “taker-outers.” Moore, a putter-inner, sometimes overwhelms her own best writing, and inconsistencies in her narrative voice can weaken some of the strongest elements of the novel. Charlotte’s inability to raise her baby or save her lover is as poignant as Orpheus’s inability to keep Eurydice from sliding back into the underworld. She is every enslaved mother, every African woman who lost a child to slavery. But as a whispering enigma, she’s confusion. Yet such flaws do not seriously compromise a novel that is both imaginative and ambitious.

These new African women writers? You can find their books everywhere. It’s a good thing.
sharetweet

In She Would Be King, we watch the birth of a nation, Liberia; in The Hundred Wells of Salaga, the end of a kingdom. Ayesha Harruna Attah’s novel is set in Ghana of the 1890s, with the slave market in the commercial town of Salaga still in full swing. The title refers to the wells used to bathe slaves before sale. The novel’s protagonists, Wurche and Aminah, one royal, one common, become mistress and slave, their points of view presented in alternating chapters. The story begins with Aminah, a young girl of Botu, scanning caravans from Salaga in hopes of finding her missing father, a shoemaker. She looks after her twin sisters and a baby brother, conceived on her father’s last return. Months pass. Meanwhile, in Kpembe, the royal precinct outside Salaga, Wurche is to be married to placate a rival tribe.

In alternating chapters, Wurche chafes, while Aminah, along with one of the twins and a brother, is captured by slavers—her mother and baby sister burned to death, and the other twin taken. The brother dies. She and her sister are sold to a man who sexually abuses her. Wurche, meanwhile, meets Moro, a handsome slave trader, behind her husband’s back. Eventually, she buys Aminah, who takes care of her son. The two become almost friends. Wurche’s father weakens; his power plays fail. Moro, meanwhile, breaks off with Wurche, having fallen in love with Aminah.

Attah, like Moore, faces the challenge of rendering nineteenth-century African speech in modern literary English. Variants of this problem have bedeviled many a translator and historical-fiction writer. Attah doesn’t attempt an approximation like Moore’s patois. Instead, her narration tends toward a flat, generic voice. “Wurche wanted to tell her father that he was still enabling the trade, that he was never in danger of ending up as a slave…. What solution could she offer to replace the lucrative trade?” I respect the choice; it’s like playing Shakespeare in modern dress. Yet “enabling” and “solutions” are words straight from a corporate conference room. Such bland language is all the more incongruous because Attah takes great care to make other details vivid, such as the ceremonial leopard skins which Gonja kings sat on, or the tying of the slaves to baobab trees in Salaga, or “the small forest, redolent of dust and cinnamon,” where Wurche practices shooting.

What makes The Hundred Wells of Salaga notable, despite its sometimes pedestrian writing, is its focus on African slavery—Europeans remain offstage until the end, when a German who’s against slavery becomes Wurche’s lover—and on both the travails and empowerment of women. Like Moore’s novel, Attah’s features a woman who “would be king”; all Wurche lacks, as the old ladies of Kpembe say, is “a lump dangling between her legs.” She goads her weak father about managing tribal rivalries. She resents her arranged marriage. In the end, when her father kills himself over his son’s death, she vows to work for unity against the Europeans.

Reading these two books provoked in me a craving to reread Achebe and Tutuola. I already owned Things Fall Apart; in search of Tutuola, I tried bookstores in Brooklyn and Manhattan and the central public library in Brooklyn. In the end, the only place I found a collection of classic African literature was in Harlem, at the Schomburg Center for Research in Black Culture. There I propped my feet up and reconnected with Tutuola’s My Life in the Bush of Ghosts and The Palm Wine Drinkard. But these new African women writers? You can find their books everywhere. It’s a good thing.