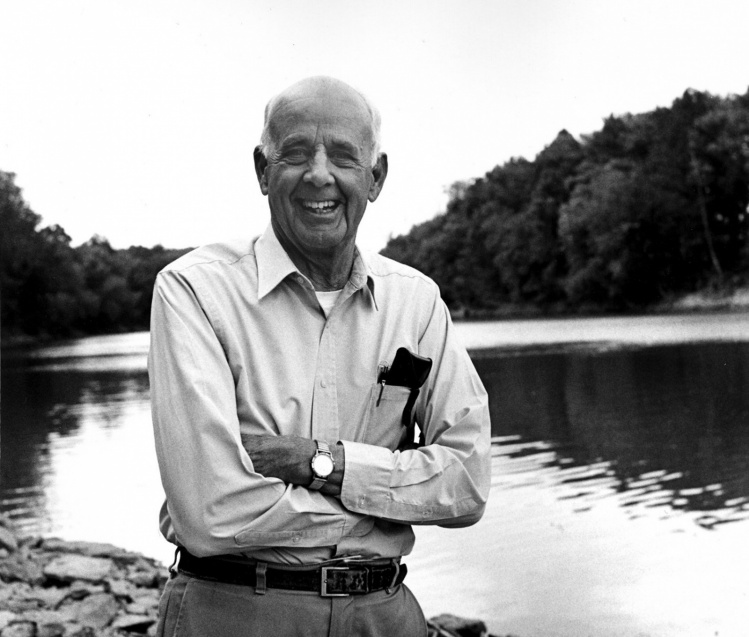 Those who seek to identify common ground among Americans—seekers who, in this era of extreme polarization, may qualify as an endangered species—tend to focus on the values that the vast majority of us share. Those who set out to address wrongs committed in this country generally identify particular groups as the victims. What is unusual is to combine those two approaches, to point to historical factors that have made sufferers of us all, whether or not we know or want to admit it. That is the task that Wendell Berry has taken upon himself with The Need to Be Whole: Patriotism and the History of Prejudice, a thoughtful, illuminating, sometimes frustrating, occasionally mystifying, utterly profound book that, whether or not one agrees with it (and no one will agree with all of it), will leave readers with a new way of looking at things.

Berry, now eighty-eight, is himself unusual, a difficult man to pigeonhole. The author of more than fifty books of fiction, nonfiction, and poetry, he has received upwards of two dozen honors, including the National Humanities Medal, awarded by President Barack Obama. He is also a farmer in Kentucky, where his family’s roots stretch back more than two centuries. Those who nod vigorously as they read Berry’s view that “race prejudice or white supremacy is the original and fundamental mistake in the European conquest of this country” may stop abruptly when they come upon his defense of Robert E. Lee. Those who raise a glass to Berry for criticizing the campaign against Confederate monuments may pause mid-sip when they see his self-description as “a would-be follower of the teachings of Jesus and of Martin Luther King, Jr.” How do such seemingly contradictory views coexist in one person’s head?

Berry’s take on American history makes all of these ideas dance to the same melody. To hum a few bars: Berry believes that we Americans are suffering from a lack of wholeness, both the separation of different groups from each other and the separation of most Americans from the land; that while American slavery was obviously a hardship for Black people, it harmed whites too, planting the notion that working directly with the land was beneath them (since that’s what slaves were for), an idea that would eventually make for the separation of land from people; that this rupture is what has allowed us to treat the land, and the rest of the natural world, of which we are a part, so horrendously; that Lee’s fight against the Union can be seen as a defense of his native Virginia, as a “fidelity to the bond between land and people”; that the “total industrialization of total war” that occurred with World War II “produced a dream of total industrialization that would dominate the national and then the global economy for the rest of that century and on into this one,” and would displace many small farmers, including more than half a million Black farmers, in favor of the big-business approach that has wrecked the land; that the seemingly forgotten concept of forgiveness is necessary to bridge the gaps between groups of Americans, while the drive to remove Confederate monuments serves to “renew and lengthen the Civil War.”

The author sees Americans as one people, made up of different races whose histories cannot be understood in isolation. He opposes whatever will set American people against one another. For that reason Berry, who is white, writes, “I think that a program of monetary reparations exclusively to black people would be ruinous. It could be done only as another contest, like the Civil War, that would divide us again into winners and losers.” Echoing the thoughts of this Black writer, Berry adds, “And there would be nothing then to keep white people from declaring the problem solved. ‘Now we have paid them off, as they asked. Now at last we are free of each other. Let us go our separate ways.’” Elsewhere, Berry writes that “the subject of race prejudice, contrary to the assumptions of political correctness and present racial politics, cannot honestly be simplified or specialized or treated as a single subject.... I do not think of the chattel slavery of the antebellum South as a problem that is isolatable or unique.” Many will disagree passionately, even bitterly, with Berry on this point. Indeed, it is curious, to put it mildly, to identify white supremacy as the nation’s “fundamental mistake” while arguing at the same time that the chief victims of that mistake deserve no special consideration. And yet, given Berry’s commitment to wholeness, his argument is coherent and consistent.

The author sees Americans as one people, made up of different races whose histories cannot be understood in isolation. He opposes whatever will set American people against one another.
sharetweet

If anything, Berry could be called too consistent. To his credit, he acknowledges that very risk: “Because I write as a rural American, from the point of view of the land and the land-communities, I am obliged in honesty to worry about that point of view as possibly a limitation.” Having said that, he is off and running, and to read some passages of The Need to Be Whole is to think of counterarguments that seem so obvious that readers may feel they’re missing something. For example, Berry’s clear reverence for farmers and farming (he also seems to tolerate people who run small shops), and his sincere concern for the natural world, prejudices him to a startling extent against work that is not tied to the land. “The good jobs in industry and the footholds on the corporate ladder,” he writes, “are available only to employees, people willingly answerable to bosses. Whatever ability and ambition may be involved, so also is a certain passivity or submissiveness, an attitude that Nate Shaw would have condemned as ‘slavish.’” (Shaw was a Black Alabaman sharecropper and the subject of Theodore Rosengarten’s All God’s Dangers, which won the National Book Award in 1974.) Readers of that passage, wondering if Berry is actually saying what he appears to be saying, perhaps suspecting a trap, nonetheless venture nervously forward to ask: Uh, does Berry really want us all to be farmers (or, failing that, small business owners)? Does he understand that the U.S. population has more than doubled since 1950, and that most of us could not do such work even if we all wanted to, which, by the way, we don’t? Does he get that some jobs cannot be done outside, and that while some of us do not love those jobs, many of us do? Does Berry really see America as being divided between the self-employed—among whom farmers constitute the elite because they work directly with the land—and the self-enslaved?

Others of Berry’s risks pay off. Readers may hold their breath when he begins to tell stories of the African Americans he knew in his youth, thinking, Please, God, don’t let him tell us some of his best friends are Black. But, as it happens, they are—or, more accurately, Berry learned farming and fellowship in large part because of the close relationships he formed in his youth with Black people. Those experiences allowed him to do what he urges the rest of us to do: stop identifying one another, and ourselves, primarily as members of groups and see our fellow Americans as flesh-and-blood people. Some of the most moving parts of The Need to Be Whole concern the late African-American writer Ernest J. Gaines, with whom Berry had a long friendship; Berry quotes Gaines’s novels at length for the way they illustrate the points Berry is trying to make.

A large part of forming bonds with others, for Berry, comes back to the idea of forgiveness. He asks, referring to a specific instance of “cancel” culture, “What...may be the point or purpose of opposing race prejudice and its consequences—what are the protestors asking for—if there is to be no forgiveness, no grant of kindness, to people...who change their minds?” The problem with our current conception of sin, in Berry’s view, is that we care only about those sins we can pin on other people (those sins, depending on who you are, being abortion or racism). Such a view, he notes, obscures the fact that we are united in our imperfection and makes us ever less accepting of one another.

A society “cannot do for its people what it will not do for its land, and vice versa,” the author writes on the second page of The Need to Be Whole. Berry has written a peculiar, powerful book whose central ideas we reject at our peril: that we need to treat our fellow citizens, and our home, much better, and that, as one presidential candidate told us, we are stronger together. Refreshingly, Berry sees his book not as the last word but as “my part of a conversation,” and he enters that exchange, in spite of his own cussedness, with proper humility: “I am, after all, a fallible and struggling writer, intent upon pursuing the truth that finally only God can know.”

The Need to Be Whole
Patriotism and the History of Prejudice
Wendell Berry
Shoemaker & Company
$24 | 528 pp.

Clifford Thompson is the author and illustrator of Big Man and the Little Men: A Graphic Novel, just out from Other Press.