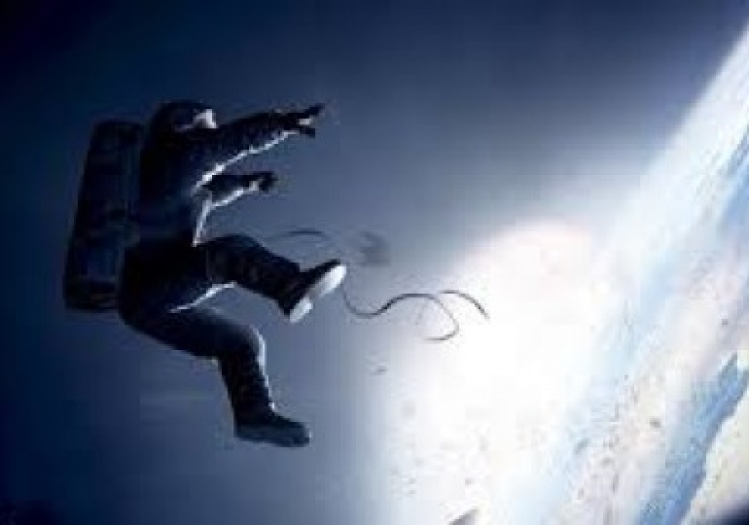 I can’t recall a film released to more unanimous critical joy than Gravity, Alfonso Cuarón’s taut chronicle of a space mission gone disastrously awry. Garnering an out-of-this-world 100 percent rating from the review clearinghouse rottentomatoes.com, the film has won ecstatic accolades from critics ranging from A. O. Scott (“It rewrites the rules of cinema as we know them”) to Richard Corliss (“Gravity shows us the glory of cinema’s future…. Cuarón is a movie visionary of the highest order.”)

Cuarón is a protean young director of the will-try-anything kind. I was not a big fan of his 2001 breakthrough movie Y Tu Mamá También, a Mexican road-film-cum-love-triangle-melodrama, and I skipped Prisoner of Azkaban, his 2004 contribution to the Harry Potter saga. But I greatly admired Children of Men, his 2006 dystopian sci-fi thriller, which conjured an unexpected hope for redemption from a panorama of unremitting bleakness. As for Gravity, I will assert a mildly dissenting note of ambivalence. I found the film intensely involving as I watched it in the theater—flinch-provoking shards of space debris shooting forth at me via the magic of 3-D. But this is not a movie that lingers with you and makes you think about it later on. It’s extremely gripping without being particularly interesting.

I’m guessing this is due to the discrepancy between the visual power of the film and its serviceable-at-best writing. It is one thing for a script to be intentionally underwritten in order to bring home the vast loneliness of space; “I love the silence,” the mission’s doctor-researcher, Dr. Ryan Stone (Sandra Bullock), answers when her commanding officer, Matt Kowalsky (George Clooney), asks what she will miss when the mission ends. But to be poorly written is another thing. The story contains annoying improbabilities. Halfway through the film, as the two astronauts confront a life-threatening emergency, and Matt asks Ryan whether she is married, we wonder: Is it plausible that the two could spend months in training together, plus a week in space, and know nothing about each other’s lives? Also, how likely is it that NASA’s extensive psychological profiling would result in its sending into space a woman sunk in grief at the loss of a child and clinically depressed?

Worse is a creeping strain of sentimentality. Clooney’s character is presented as the kind of stoical, self-sacrificing, manly hero that Americans these days are supposed to worship. His imperviousness to fear is so complete that he continues to wisecrack even as space junk from an exploded satellite rains death down on the team; later—spoiler alert!—sacrificing his life to save Bullock’s (the two are tied to a tether strong enough to hold only one), he drifts away toward a hideously lonely death in space, while continuing to instruct her calmly, via headset, on how to get back into the space capsule and pilot it; facing death, he cares only about saving and comforting her.

Such a caricature of heroism not only strains credulity, but does our own humanity a disservice by creating an impossible standard. Bullock’s Dr. Stone, on the other hand, is all helpless vulnerability and pain. Toward the end, a backstory about the death of her four-year-old daughter is sprung on us as a way to explain her lassitude in the face of death, leading to a would-be inspirational scene in which she rediscovers the will to live by speaking aloud to “my little angel” in heaven.

As these tearjerker banalities and bromides play out, on the visual side Gravity compensates with a display of nearly overwhelming beauty and power. This is a tribute to the genius of the young Mexican cinematographer Emmanuel Lubezki. Lubezki provided the eyes for Terrence Malick in creating the eccentric magnificence of Tree of Life. In Children of Men, working with Cuarón, he fashioned a future that was a bleak amalgam of The Terminator, Escape from New York, and Mad Max, installing ruin, poison, violence, and degradation at the molecular level of the film. And in Gravity, his first wholly CGI effort, he pulls off another virtuoso performance. A visual constant in the film is the looming, gorgeous, and, well, unearthly presence of earth, its geographies luminously visible yet made strange by our seeing them at unaccustomed angles. Like the astronauts themselves we are awed by the sublime phenomenon of sunrise, as the sun creeps around the edge of the globe yet again, its blinding burst of radiance alternating with the nighttime illuminations of human civilization—lights that are like fireflies in the sparsely populated zones, and lava-like rivers of orange in the crowded ones.

These visual seductions strike a powerful emotional balance in the film, capturing an aloneness that is in turns terrifying and serene. Of course, we know from the transcripts of real space flights that such poeticized perspectives have generally not been the province of the detail-oriented, mission-driven, military-and-engineering types we have sent into space. (Neil Armstrong memorized his one line of poetry and still got it wrong!) But they are inevitably part of our romance of space, and this film delivers that romance with full rapture. A recurring visual motif shows Earth reflected on the glass visor of Clooney’s astronaut helmet, with Clooney staring up in awe.

In a quirky and fascinating way, Gravity constitutes a ninety-minute lesson in Newtonian motion, laying out the eternal truths of velocity, acceleration, force, and inertia and showing us how insecurely we really understand them. The absence of gravity in space creates a kind of motional laboratory where all objects inalterably follow whatever impulse is imparted to them, whether by a collision, a tug on a space tether, or a firing jet on Clooney’s jetpack. (The sole exception is Bullock’s hair, which somehow stays flat on her head at all times.) The results are visually beguiling: teardrops float toward us through the ether; licks of fire from a flaming panel control break off and also float, like glimmering droplets of burning oil. When Clooney manages to attach an untethered Bullock to himself via twenty-five feet of cord, and then fires his jetpack, the action doesn’t simply pull her toward him, but also pulls him backward toward her. Actions and opposite reactions—remember? This is the most physics-y movie you will see short of a documentary on the Higgs-Boson supercollider. (By the way—reviewer’s confession!—I almost never go to the 3-D version of a movie. This is one case where it is definitely worth doing so.)

It is a canny and crucial aspect of this film that until the final scene, we never see Earth except from four hundred miles above it. The astronauts’ communications are limited to a few transmissions received from Houston (inevitably Ed Harris, in an uncredited voice-only role) before disaster happens. Cut off, we are left floating and isolated as the characters themselves—taken away from Earth and allowed to see it only at this eerie remove. A fundamental estrangement shapes the experience of watching Gravity, making for extremes of serenity and anxiety.

The juxtaposition of several modes of claustrophobia—we are trapped with a tiny two-person cast, themselves trapped in space suits and space capsules—and the sublime vastness of space proves a powerful visual and psychological dynamic. It is fair to say that this film doesn’t really have a single idea arrow in its quiver; it is a mirror image of 2001: A Space Odyssey, with its avid reaching for portentous meanings. Gravity doesn’t have much on its mind. But it looks fabulous. Maybe Cuarón should have boldly let his film ride on his photographer’s magical images and dispensed with the dialogue altogether. Now that would really rewrite the rules of cinema! 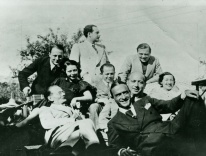