We Will Not Bleed 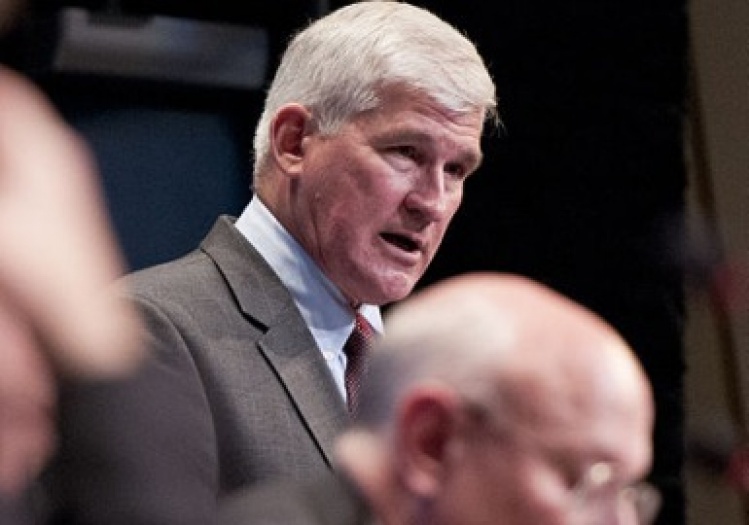 A U.S. Army officer may or may not have said of the Vietnamese village of Ben Tre that “it became necessary to destroy the town to save it,” but Andrew Bacevich clearly believes that a comparable atrocity was inflicted on the U.S. armed forces—and on the whole nation—in the post-Vietnam era. Specifically, in this brave and trenchant book he argues that the celebrated all-volunteer force (AVF) that came into being as the Vietnam War wound down in 1973 has turned out to be a disaster for service members and civil society alike. The AVF was hailed at its birth as a win-win blessing that would restore discipline in the demoralized and often openly mutinous ranks while simultaneously defanging antiwar protesters at home. But by extinguishing the venerable tradition of the citizen-soldier, says Bacevich, the AVF has dangerously decoupled the American people from wars fought in their name, breeding an enervating cycle of futile deployments in “needless, costly, and ill-managed wars.”

A recent study by the Congressional Research Service finds that the forty years since 1973 have seen 144 military deployments, contrasted with just 19 deployments in the 27 post–World War II years of the Selective Service draft. That amounts to a five-fold increase in the rate of deployment since the advent of the AVF. Few if any of those post-1945 interventions—whether fought with draftees or volunteers— have produced unambiguous “victories.” Korea, Vietnam, Iraq, Somalia, and Afghanistan are but the most salient examples in a long series of armed undertakings that have whimpered to messy, unstable standoffs—or outright defeats—rather than decisive World War II–style triumphs.

The United States military has occupied a peculiar strategic situation since the end of World War II. It has prepared for, but not been obliged to wage, “grande guerre” against a comparably capable nation-state adversary on a scale requiring a Napoleonic “levée en masse.” But neither has it been confined to the kind of frontier defense and constabulary duties that constituted the principal assignments for the nation’s small pre-WWII regular force. Instead, and increasingly since the conclusion of the Cold War, it has relied on the technologically hyper-empowered AVF to pursue myriad “limited” missions that have often turned out to be open-ended and cruelly prolonged. Not conquest and victory, but occupation and nation-building have willy-nilly become the principal commitments that today’s military is tasked to undertake. How did this happen?

In a well-ordered world, a nation’s military establishment would be sized, equipped, trained, and fielded to serve a coherent and deliberately crafted strategic doctrine. But the relation of strategy to force structure is a two-way street. In recent years the character and configuration of the American armed forces have themselves driven national security policy into what Bacevich calls “a sustained bout of strategic irrationality.”

Today’s force has several properties that have conduced to this troubling outcome. First, when measured against the scope of its responsibilities and the scale of American society, it is remarkably small. Its 1.4 million active duty members amount to less than .5 percent of the U.S. population (contrasted with more than 10 percent in WWII and 2 percent in Vietnam).

[The] propensity to serve is most pronounced in the South and the Mountain West, and in rural areas and small towns nationwide—a propensity that well exceeds those communities’ portion of the population as a whole. Concurrently, the percentage of the force from the Northeast, the West Coast, and major cities continues to decline. I am also struck by how many young troops I meet grew up in military families, and by the large number of our senior officers whose children are in uniform.

The force is not only small, unrepresentative, and worrisomely in-bred and self-perpetuating, as Gates noted; it is also surprisingly inexpensive. The Department of Defense budget of some $700 billion in 2012, while large in absolute terms, amounted to only 20 percent of federal expenditures and less than 5 percent of gross domestic product (GDP). For decades after World War II, military costs dominated federal spending and throughout much of the Cold War accounted for nearly 10 percent of GDP. The relatively lesser cost of the twenty-first-century force owes largely to the militarization of modern information and navigation technologies—culminating for the moment in drone weapons—that have hugely amplified the individual warrior’s firepower, even while insulating fighting Americans from much of the mayhem of the battlefield.

Taken together, those developments have also increasingly insulated citizens—especially the most privileged and comfortable among them— from the military that ostensibly fights on their behalf. Here are the makings of a grievous moral hazard, tempting political leaders to treat military force as a first, not a last, resort because they can rest secure that the public to which they are ultimately accountable has little or no skin in the game.

The original architects of the AVF acknowledged the possibility that this sorry state of affairs might emerge, but peremptorily dismissed it. The President’s Commission on an All-Volunteer Force, chaired by former Secretary of Defense Thomas S. Gates, said in its 1970 report:

A sufficient safeguard against those prospects, the report contended, was to be found in Americans’ “deeply rooted and widely held values” concerning civilian control of a well-regulated military. Piously citing Dwight Eisenhower’s anodyne admonition in his famous Farewell Address that an “alert and knowledgeable citizenry” was all the defense needed to check the growth of a powerful military machine, the report summarily swept aside those objections to the all-volunteer force.

In fact, all the objections mentioned in the report have been borne out— save only the second, and there lies the deepest and most disturbing layer of Bacevich’s argument.

At the heart of his critique are both an anomaly and a paradox. The anomaly is the military itself. It is virtually the only major American institution to have preserved—indeed, enhanced—its popularity and prestige in the eyes of the public since the great debunking of the 1960s led to the delegitimation of church, media, congress, courts, the presidency, professional athletes, popular entertainers, and almost all traditional sources of cultural authority. Guilt undoubtedly fuels much of the deference now commonly paid to military personnel, who shoulder burdens their fellow citizens assiduously shun. But whatever its sources, that deference invites unsettling comparison with other societies where all but the generals were shorn of respect.

The paradox is that just as the military ascends in public esteem and accommodates more and more civilian social norms (with respect to racial and gender equality, sexual orientation, perhaps even the code of military justice), the less attention civil society pays to it and the more isolated it becomes.

As the subtitle of his book suggests, Bacevich attributes most of the blame for the civil-military divide not to the naïve or disingenuous designers of the AVF, nor even to the brass whose careers the AVF has so lavishly burnished. The chief culprit, in his view, is the American people, the delinquent guardians of those “deeply rooted and widely held values” that the Gates Commission invoked so cavalierly.

The reality, as Bacevich sees it, is that today’s Americans have mutated into passive spectators, not active citizens, across a wide spectrum of once-sacred civic responsibilities. Though Breach of Trust is ostensibly a book about civil-military relations, beneath its surface smolders a scalding indictment of the entirety of contemporary American culture. At several points Bacevich’s wrath erupts onto the page. His fellow citizens, he says, are “not victims but accessories.” They have “abandoned collective obligation in favor of personal choice.” Their “detachment, neglect, and inattention” is directly responsible for “the crisis in which the United States is mired.” Marinated in consumerism and intoxicated by the distractions of mass entertainment, their once-robust civil religion has been reduced to three solipsistic precepts: “We will not change.... We will not pay.... We will not bleed.”

In the fabled formulation of Pogo, we have met the enemy and they are us. It is we citizens who have most conspicuously failed our soldiers and our country. We have destroyed not only the tradition of the citizen-soldier, but perhaps the whole delicate fabric of civic membership, community responsibility, and social engagement. Who but we can save it?