The Limits of Candor 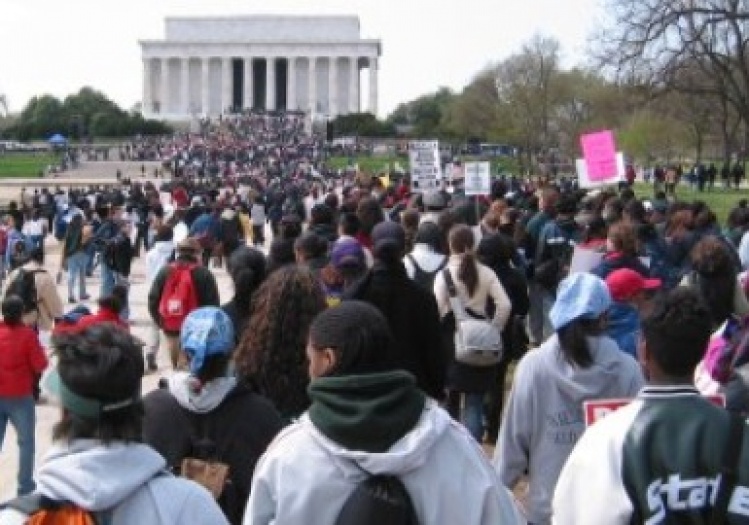 For Discrimination offers the bravest and most honest defense of affirmative action in a long time (maybe ever), and for that we are all in Randall Kennedy’s debt. But his candor reveals how tough it will be to sell a forthright approach to the American people, to their representatives, and even to judges. This helps explain why so many defenders of affirmative action have resorted to euphemisms and evasion, a strategy Kennedy acknowledges but deplores.

It is best to start by allowing Kennedy to speak for himself. Here is what I take to be the heart of his argument:

What follows this critique of Obama is a passage that I suspect will be quoted often in the months and years to come:

Racial affirmative action does distinguish between people on a racial basis. It does discriminate. It does redistribute resources. It does favor preferred racial categories of candidates, promoting some racial minorities over whites with superior records. It does generate stigma and resentment. These issues cannot usefully be hidden for long behind verbal tricks. To properly and decisively convince the public of the value of affirmative action, proponents will have to grapple candidly with its dilemmas.

Kennedy, a professor of law at Harvard, deplores today’s reliance on diversity as the principal rationale for affirmative action. While he does not entirely reject this rationale, he quotes with evident approval a number of scholars who view it as a cloak for policies with less publicly acceptable purposes. From Kennedy’s standpoint, the best and truest reasons for affirmative action are “remediation” for past wrongs and the attainment of “racial justice.” Specific programs—including the use of race as a “plus” factor in higher education admission—should be judged as more or less effective means to those ends.

Kennedy endorses a view articulated earlier by W. E. B. Du Bois and Charles Hamilton Houston—it is the elite, the “talented tenth,” that must serve as the “vanguard” for African-American advance. What matters most, then, is to maximize the entry of African Americans into elite institutions, starting with higher education. So unlike other defenders of affirmative action, he largely accepts law professor and affirmative-action critic Richard Sander’s “mismatch” hypothesis—that many African Americans attending elite law schools would do better at lower-ranked institutions. Kennedy’s retort is, So what? If the goal is racial uplift, better to have more African Americans at the best institutions, even if more of them end up in the bottom third of their class. The imprimatur from Yale or Harvard or Michigan, and the lifetime network that accompanies it, is worth more in the long run to the African-American community than a 3.8 GPA.

This claim invites a long and inevitably inconclusive argument as to the merits of competing strategies for fostering racial equality. But I want to set that aside and focus on another aspect of Kennedy’s stance—namely, its real-world feasibility. Kennedy is hardly a political naïf. Following judge and former Yale Law School dean Guido Calabresi, he recognizes the limits of candor as a means to sound policy. Deliberate evasion can help root out “monstrous injustice.” We should lament not the subterfuge but rather the circumstances that make it necessary.

So far, so good. But Kennedy goes on to blame the Supreme Court’s “profoundly mistaken...jurisprudence” for pushing his preferred rationales for affirmative action outside the “pale of legitimacy.” This has it backward, I believe: the Court adopted the diversity rationale for educational admissions because no other rationale would have succeeded. Time has validated Justice Lewis Powell’s judgment, as his one-man opinion in Bakke (1978) became the basis for Sandra Day O’Connor’s majority opinion in Grutter (2003) and (contrary to Kennedy’s fears) survived its latest challenge in Fisher v. University of Texas (2013). We have been arguing about affirmative action for more than four decades. Though much has changed during this time, one thing has not: To the extent that affirmative action involves overt redistribution along racial lines, the American people have rejected it, and they continue to do so today.

The survey-based evidence for this generalization is substantial. In poll after poll, the people endorse the concept of affirmative action—as long as it expands opportunities for minorities at no or negligible cost to others. But once that line is crossed, support evaporates. Consider the programs at issue in Grutter and Fisher—the use of race as one factor among others in higher education admissions. A high-quality survey released in July 2013 asked respondents about this specific policy: “Do you think public universities should be allowed to use race as one of the factors in admissions to increase diversity in the student body, or not?” Only 21 percent answered yes, while 74 percent said no. And that negative sentiment included majorities of every subgroup—Democrats and Independents as well as Republicans; Catholics and Protestants; college graduates and high school dropouts; rich, poor, and middle class; men and women; and young adults as well as their parents and grandparents. Surprisingly, this result persisted even across racial and ethnic lines. Seventy-nine percent of whites rejected using race as a factor, but so did 62 percent of Latinos and 55 percent of African American.

We all can speculate about what is driving these results. My hypothesis focuses on two propositions long at the heart of our political culture: first, that policy should promote equality of opportunity, not equality of results; and second, that the appropriate metric is individual, not collective. Affirmative-action programs that overtly target race contradict both these propositions, and so does “racial justice” as Kennedy seems to understand it.

One might object, not unreasonably, that higher education is an opportunity, not a result. In the abstract, maybe so. But when the issue is admission to scarce slots in selective institutions, most people frame what’s at stake as a result of talent and effort, not just as a gateway to something else. Elementary and secondary education, which every state constitution guarantees to all its children, is in a different category altogether.

If the Supreme Court had proceeded differently in 1978 (assuming it could have done so), would we be having a different conversation today? Kennedy seems sure that we would; I doubt it. Forty years ago, in a strongly worded decision, seven justices found that women in their first trimester have a constitutional right to choose abortion. We are still arguing about that holding, the battle lines hardened long ago, and public opinion has not shifted significantly since 1973. Yes, Brown v. Board effected a monumental change. But as Kennedy argues, it succeeded by abandoning candor in favor of a strategy of evasion aimed at “easing the way” to a historic ruling. Proponents of the 1964 Civil Rights Act, he shows, made a similar choice. For the most part, reformers prevail when they rest their case for policy change on premises the public already accepts.

The claims Kennedy prefers do not meet that test. I could make a moral, philosophical, even theological argument in their favor. But as a practical political strategy, adopting them would have ensured failure decades ago, and would do so today. Those who favor continuing affirmative action should be grateful that Congress and the Court followed a different course.

William Galston is Ezra Zilkha Chair and Senior Fellow in Governance Studies at the Brookings Institution. He is the author of Liberal Purposes and Liberal Pluralism, both published by Cambridge University Press. Galston served as deputy assistant for domestic policy under President Bill Clinton, 1993–95.