David Cannadine's 'The Undivided Past'
By Francis Oakley
Books 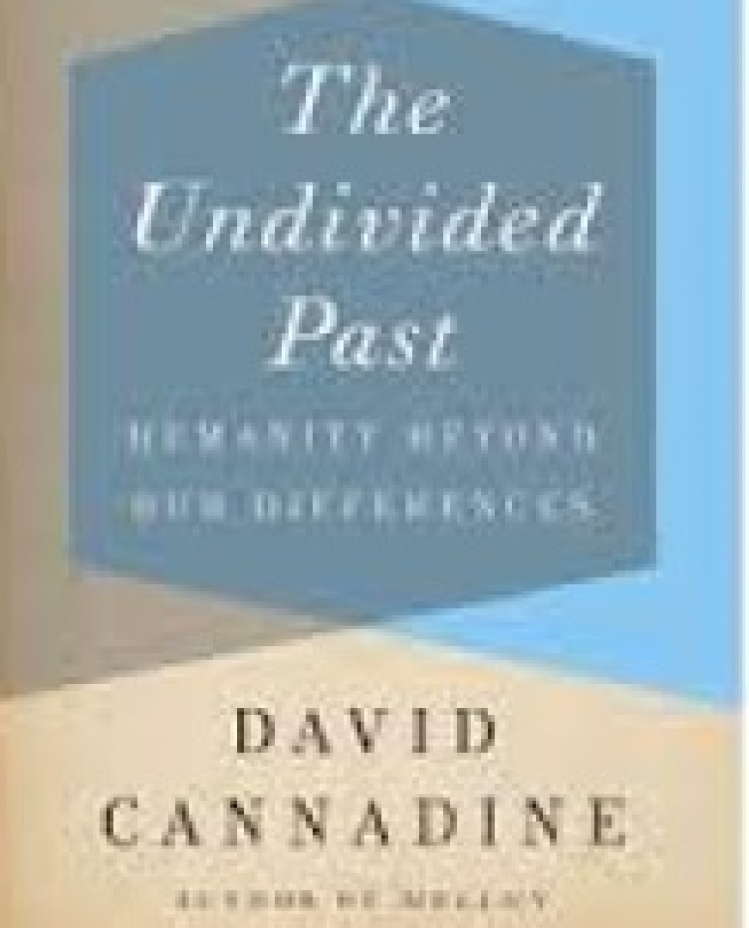 Nature vs. nurture, evolution vs. revolution, universalism vs. particularism: the tug-and-pull of such polarities forms an enduring reality of public discourse. Over time the interpretative pendulum swings back and forth, so that yesterday’s winning argument finds itself contested anew today.

Historian David Cannadine’s stimulating and instructive book attests to the workings of this remorseless process. The Undivided Past signals its author’s intent to nudge the interpretative pendulum—stuck, he believes, at one particularistic pole—back in the direction of the other, more universalistic one. To this end he sets his sights on six human “solidarities” in which people across the ages have sought to ground their identities: religion, nationality, race, class, gender, and civilization. Cannadine argues that we are regrettably prone these days, in our public discourse and in the more recondite reaches of our academic exchanges, to focus obsessively on the differences these solidarities presuppose. Dwelling on what divides rather than on what unites, we view these solidarities as “disparate and incommensurable,” and our public discourse accordingly is fraught with “Manichaean cultural dichotomies.” Ours appears to be a world, as President George W. Bush once described it, of “us versus them.”

As a consequence, Cannadine argues, “it has come to seem almost axiomatic that the best way to understand past worlds as well as present circumstances and our future prospects, is the workings and outcomes of latent or actual conflicts between antagonistic identities” based on nation, race, religion, class, gender, or civilization. It is this axiomatic understanding that Cannadine resolutely challenges in The Undivided Past. In setting the universal against the particular he makes the case “for taking a broader, more ecumenical, and even more optimistic view of human identities and relations,” one that “recognizes affinities and discerns conversations across these allegedly impermeable boundaries of identity.” Quoting poet Maya Angelou, Cannadine insists that “we are more alike, my friends, than we are unalike.”

Of course, Cannadine is far from the first to take this view of things—consider, for instance, the redemptive visions with which Martin Luther King Jr. and Nelson Mandela helped their oppressed countrymen, in King’s justly celebrated words, “hew out of the mountain of despair a precious stone of hope.” But Cannadine’s approach distinctively addresses the possibility of a redemptive universalism from a historical perspective, examining each of the chosen six solidarities across expanses of time. He is a skillful historian, and his effort proves bracingly deconstructive. For while each of his six solidarities has been put forth at one time or another as “the preeminent category of human identity,” under close historical scrutiny each turns out to have been fraught with problems.

Of the six, Cannadine judges the notion that “civilizational groups” constitute “the highest form of human identity”—whether couched in older Spenglerian or Toynbee-esque terms, or in more recent and fashionable Huntingtonian ones—as “the most nebulous.” In comparison, nationalism might be expected to provide more stable footing for human identity, and indeed by the eve of World War I the nation-state had come to be regarded as “the final stage of human history,” inspiring obedience and veneration. Yet the very word “nationalism” dates back no further than the late eighteenth century, and most countries at the turn of the nineteenth and twentieth centuries, even if they called themselves “nations,” were in fact polyglot and multiethnic composite states—multi-national empires “disguised as nations,” Cannadine argues, which under close historical scrutiny emerge as nothing other than “imagined communities” based on “transient, provisional, made-up associations.”

Similar problems beset the other four solidarities. Marx hailed the demise of nationality and trumpeted class conflict as the dynamo driving world history; and during the mid-twentieth century class did indeed ride high, especially among intellectuals, as the supreme form of collective solidarity. But it never quite succeeded in overcoming the rival claim of religion—and was also undermined by the rising prominence of identities grounded in race and gender. These in turn have been destabilized by their own ambiguities and contradictions. As a result of World War II, Cannadine notes, “the notion that race was the most significant form of collective human identity...had been stripped of any claim to intellectual respectability.” A few decades later—and despite successive waves of feminism—the notion that gender could play that role foundered on the growing realization that the “binary opposition” of man and woman fails to comprehend “the multifaceted nature of gender identities.” And so on. The historical record Cannadine puts forth attests to the failure of all such “totalizing” efforts to define people by their membership in any one group. We are people who partake in multiple, sometimes conflicting solidarities; race, nationality, class, and gender each represent but one identity among several.

Well-organized, accessible and persuasive, The Undivided Past yields valuable lessons. One will assist those starting out on graduate studies in history, who all too often assume that currently fashionable interpretative schools are destined to endure. This book should demolish any such belief, encouraging young historians to keep their interpretative powder dry and alerting them that in pursuing their chosen calling they will perforce navigate a historiographic landscape strewn thick with the wreckage of earlier intellectual battles.

More important for the general reader, however, may be Cannadine’s hopeful insistence that “the history of humankind is as least as much about cooperation as it is about conflict.” We would do better to focus on what we share than to obsess about our differences, he advises—to dwell on what joins us together rather than what puts us asunder. As Cannadine notes, even those writers and thinkers given to emphasizing group identities and antagonisms have not always been blind to the wisdom of a more inclusive perspective on the human condition. Cannadine cites the example of Rudyard Kipling, a writer who could speak un-self-consciously about “the White Man’s burden” and “lesser breeds without the law”—yet who could also write, in a more generous and ecumenical vein, that

All good people agree,
And all good people say,
All nice people, like Us, are We
And everyone else is They:
But if you cross the sea,
Instead of over the way,
You may end (think of it!) by looking on We
As only a sort of They!