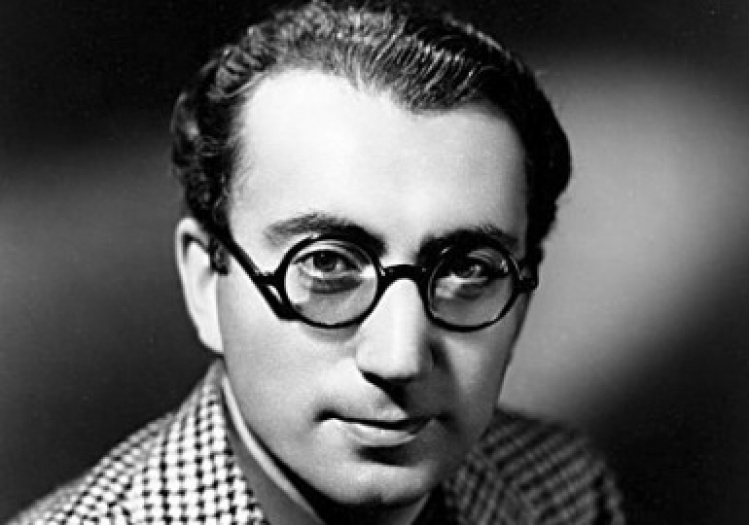 Rouben Mamoulian (1897–1987) is forgotten. Joseph Horowitz believes he ought not to be. Immensely admired in the 1920s and ’30s for his originality and creativity as a director of opera, theatre, and films, Mamoulian suffered the collapse of his career at its apex in 1959 when Sam Goldwyn replaced him with Otto Preminger as director of the movie version of Porgy and Bess. Mamoulian withdrew with his wife Azadia into their sprawling neoclassical house in Beverly Hills and died at the Motion Picture and Television Hospital in Los Angeles thirty-one years later. In “On My Way,” Horowitz endeavors to rediscover the man and restore his reputation.

Born of Armenian parentage in Tbilisi, Georgia—then part of the Russian Empire—Mamoulian at age seven moved with his parents to Paris, where he lived for six years. French was just one of the six languages he mastered before graduating from Moscow University with a degree in criminal law. At the Moscow Art Theatre he met Stanislavsky and his disciple, Vakhtangov, under whom he studied acting, writing, and directing. By 1922, staying with his married sister in London, he was directing plays and operettas at the St. James Theatre so successfully that in 1923 George Eastman invited him to Rochester where Mamoulian organized the American Opera Company and headed the School of Drama within the Eastman School of Music.

Mamoulian’s approach was idiosyncratic and arresting: the theater, he believed, should be theatrical. He preferred stylized rather than naturalistic staging. Even in nonmusical productions he emphasized synchronized movement and rhythmic speech. Well suited to directing opera, he startled experienced actors when he appeared before them at the first rehearsal of a drama equipped with a whistle, megaphone, metronome, and baton! But he succeeded in conveying to his players his sense that all sound in the theater was a sort of music, all movement a dance. Audiences and critics found his plays stylized but artistically effective.

Certainly the directors of the Theatre Guild approved. Established in 1918 to sponsor “significant new works with limited commercial prospects,” the Guild maintained a remarkably high standard. Their astute grasp of their mission is manifest in the selection of Mamoulian to direct the Broadway production of Porgy, the play Dorothy Heyward had fashioned from her husband’s novel. Dubose Heyward, Horowitz tells us, had written a regional, naturalistic “cameo” with a bleak and nihilistic ending depicting the life of the descendants of slaves—popularly known as the Gullah—in Charleston, South Carolina. Dorothy provided a more redemptive conclusion, but, says Horowitz, it was Mamoulian who transformed the work. He “enriched the play with music and bonanzas of other rhythmic sound,” making of it a spiritual and universal tale of ordeal and redemption. Opening in 1927 to generally enthusiastic reviews, Porgy ran for 367 performances, and was reprised on Broadway in 1929.

George Gershwin was quick to spot Porgy as promising material for the American opera he had long wanted to compose, and its musical potential was amplified in Mamoulian’s staging. Gershwin bided his time while Porgy ran its course on Broadway, on tour, on Broadway again. He visited Charleston to get a first-hand sense of Gullah culture, worked steadily on the music, and solicited a libretto and lyrics from Dubose Heyward. He knew whom he wanted as his director. When Mamoulian responded to their invitation to visit, Gershwin and his brother Ira were ready. They played and sang the entire opera to him, totally losing their voices in the process.

Mamoulian’s Porgy and Bess (1935) was suitably operatic. The garish shadowplay of the funeral, the prodigious crescendo of the hurricane, the synchronized movements and mass groupings of the cast in a series of pictorial tableaux couldn’t have been more stylized. Critical response was mixed. It ran for 124 performances. Throughout the ensuing eight decades the production history of Porgy and Bess has reflected an unresolved dilemma already manifest in 1935: George Gershwin composed an opera; producers believe that audiences prefer (and budgets demand) a musical. Simplify the orchestration, replace the recitative with spoken dialogue, reduce the chorus, attenuate Bess’s degradation, shorten everything, etc. The same arguments were still to be heard over Diane Paulus’s recent production at Harvard’s American Repertory Theater and on Broadway.

Mamoulian went on to direct for the Theatre Guild the original productions of Oklahoma! and Carousel, both reflecting his insistence that dance and dialogue must advance the story, and that music and speech must be integrated into a coherent rhythmic flow. His last completed film, Silk Stockings (1957), is an adaptation of Cole Porter’s musical based on the famous 1939 Lubitsch movie Ninotchka.

But readers who wish to get a sense of the Mamoulian style are best advised to take a look at his 1932 film Love Me Tonight. Starring Jeannette MacDonald and Maurice Chevalier (playing a princess named Jeannette and a tailor named Maurice), with songs by Lorenz Hart and Richard Rogers, it’s a soufflé so light and so effortlessly digestible that one could easily overlook the masterful technique Mamoulian has deployed in every scene and song.

Mamoulian is well served in Horowitz’s pages. The elements of his technique are meticulously explained, his large contribution to Porgy and Bess confirmed, and the man himself—slender and graceful in his well-cut suits, pince-nez, and spats—takes form in the mind’s eye: polyglot and debonair, the embodiment of a vanished European high culture. About George Gershwin, “On My Way” provides no surprises. Reputation secure, genius acknowledged, he has never been forgotten. But Horowitz is unjust, in this reviewer’s opinion, to Dubose Heyward, whom he dismisses as a “genteel southern regionalist” whose “detachment (from his characters) is both social and aesthetic.” Recurrently confined to a sickbed as a child and young adult, a victim of polio and many other afflictions, Heyward surely identified with the crippled Porgy. His interest in Gullah culture was lifelong and not superficial. Langston Hughes said Heyward saw “with his white eyes, wonderful, poetic qualities in the inhabitants of Catfish Row that make them come alive.” Of Heyward’s contribution to Porgy and Bess, Stephen Sondheim has said, “Most of the lyrics of Porgy—and all of the distinguished ones—are by Heyward. I admire his theater songs for their deeply felt poetic style and their insight into character. It’s a pity he didn’t write any others. His work is sung, but he is unsung.”

Barry Gault is a psychiatrist in private practice in Newton, Massachusetts.

Lay That Pistol Down