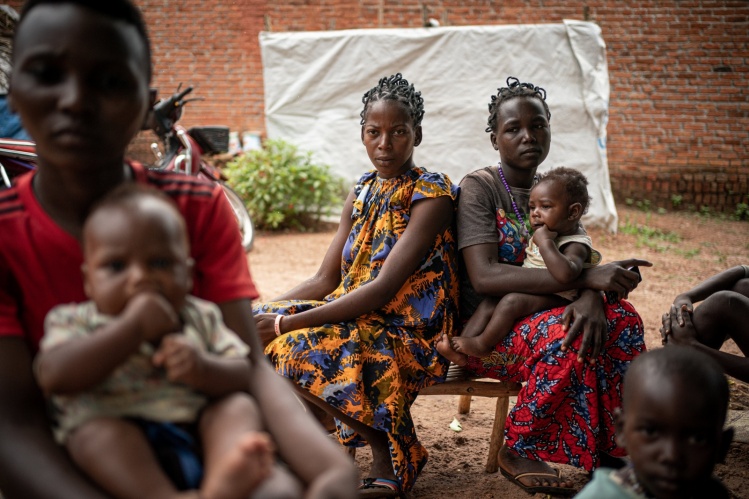 Before a leg injury forced him to postpone travel, Pope Francis was scheduled to make an ecumenical “pilgrimage of peace” to South Sudan. He would have been joined by Archbishop of Canterbury Justin Welby and Rev. Jim Wallace, moderator of the Church of Scotland. Together, the three faith leaders were hoping to build on momentum established back in 2019, when Francis and Welby hosted South Sudanese political leaders for a spiritual retreat at the Vatican. That event—in particular the poignant moment when Francis bowed to kiss the feet of each attendee—marked a turning point for the troubled African country, where civil war had been raging for six years. Not long after their visit to Rome, on February 22, 2020, President Salva Kiir and First Vice President Riek Machar, the opposition leader, announced the end of hostilities. It was an extraordinary development: while the South Sudanese peace process has been sluggish, and sporadic fighting has continued, this previously unthinkable display of unity signaled real progress.

Whenever their visit occurs, Francis, Welby, and Wallace should harbor no illusions about the brutality of South Sudan’s recent history and the difficulties it poses for creating a lasting peace. The country has been split along ethnic lines since violence erupted in December 2013, two years after the referendum that formalized South Sudan’s independence. Just hours after Kiir accused Machar of plotting a coup, Dinka soldiers loyal to the former stormed the streets of the South Sudanese capital, Juba, systematically rounding up, torturing, and killing members of Machar’s Nuer ethnic group. Weeks later, Nuer militias responded by attacking the city of Bor, about 130 miles to the north, overwhelming government troops, raping and killing women in their hospital beds, beating men and children to death, and gunning down anyone who tried to escape. All told, some two thousand civilians were killed. Since then, hundreds of thousands more have died as a result of atrocities committed by both sides.

Compounding South Sudan’s political divisions is the ongoing devastation wrought by climate change, to which the country’s impoverished population is particularly vulnerable. Located where the Horn of Africa meets the semi-arid Sahel, South Sudan has long had a highly variable climate. Precipitation there is difficult to predict, as erratic rainfall patterns sometimes produce both droughts and floods in the same year. Historically, this variability made life difficult, but not impossible. Sedentary farming communities developed ways of preparing for and responding to unusual droughts and floods by stockpiling grain, while nomadic sheep and cattle herders traveled great distances in search of greener pastures.

But after many years of war, some of that traditional knowledge has been lost. And the strategies that do remain are not always useful. That’s because climate change brings more extreme heat, shorter growing seasons, and increasing floods, imposing what the United Nations Intergovernmental Panel on Climate Change calls “hard limits to adaptation.” Where people and ecosystems are already living precariously, coping with even incremental changes in climate becomes impossible.

Consider the experiences of South Sudanese communities historically affected by floods. These regions, like the vast Sudd wetland, have recently become even more crowded, filled with refugees displaced by war. Traditionally, when the floods arrived, residents built earthen dikes to protect their homes and crops. Then, they celebrated, with entire families using repurposed mosquito nets to capture all the fish they could.

But more and more, the floods bring fear rather than celebration. Higher water levels can cause earthen dikes to fail after two or three days, destroying crops and forcing communities to scramble for alternative sources of food. Mud houses collapse and must be rebuilt. Cattle constrained to graze in standing water often fall ill and sometimes die after consuming rotting or infected food. Residents that remain must sleep without shelter, exposing them to diseases like cholera and malaria. Even humanitarian aid is more difficult to deliver. Today, hundreds of thousands of South Sudanese in need of food assistance remain cut off by road damage caused by last year’s floods.

Where people and ecosystems are already living precariously, coping with even incremental changes in climate becomes impossible.
sharetweet

Options for migration are limited. Moving to higher ground carries serious risk, as neighboring communities find themselves competing for newly scarce land and resources. Disputes are regularly settled at gunpoint, forcing more internal migration to already crowded displacement camps. Last year, the population of one camp in Bentiu, Unity State, swelled from 100,000 to around 120,000 people in the wake of widespread flooding. The camp provides a measure of security, but venturing beyond the perimeter fence carries the risk of assault, rape, or worse. At least one local community has barred camp residents from accessing water.

Flooding isn’t the only threat; a warming dry season brings a host of other ills. Since the 1970s, the mean annual temperature in South Sudan has increased by roughly 2.3 degrees Fahrenheit. Even more disturbing is the increase in extreme heat during the same time period. Between 1900 and 1975, temperatures exceeded 100 degrees only four times. Between 1975 and now, temperatures have spiked to that level twenty-one times.

This extreme heat is making life increasingly difficult for South Sudanese, especially when it comes to food security. Physical labor is more dangerous in the heat, preventing farmers, who make up more than 80 percent of the population, from working as much or as efficiently as they otherwise might. The longer dry season also gives crops less time to grow, leading to lower yields. High temperatures in South Sudan are also statistically correlated with an increased risk of armed conflict, which not only creates barriers to food distribution but also contributes to the abandonment of agricultural lands. According to the World Food Programme, the current drought is a driving force behind the deadly increase in hunger in South Sudan. Over 60 percent of the country’s population is expected to face crisis-level food insecurity in the coming months. Some areas in Jonglei, Lakes, and Unity states are already experiencing famine.

South Sudan’s deteriorating cycle of displacement, hunger, and violent conflict is neither natural nor inevitable. Much of the blame can be laid at the feet of wealthy countries in the Global North. It was British colonial policies, for example, that created and hardened the ethnic divisions and economic dynamics that undergird South Sudan’s current political crisis. And the carbon emissions that threaten lives and livelihoods in South Sudan are hardly endogenous, either. With the highest rate of energy poverty in the world (only 7.2 percent of the population had access to electricity in 2020), South Sudan’s carbon-dioxide emissions accounted for less than one-thousandth of one percent of the global total in 2021.

Still, South Sudan’s leaders have had several opportunities to get things right in the nearly two decades since the 2005 ceasefire with the north. Plentiful oil and aid revenues, broad international support, and an initial sense of political unity could have been leveraged to create jobs and build infrastructure. South Sudan’s leaders didn’t just fail in their attempt at nation-building; from an outside perspective, at least, there is very little evidence they even tried.

Instead, South Sudan’s leaders have created one of the most financially irresponsible and least transparent states in history. When the Sudan People’s Liberation Movement (SPLM) Army finally won a ceasefire from the Sudanese government after twenty-one brutal years of war, self-rule brought with it vast sums of oil wealth. Almost overnight, the SPLM Secretariat of Finance, which had been responsible for handling financial resources worth around $100,000 during the war, became a government ministry with $1.5 billion in annual revenue under President Salva Kiir. When independence came in 2011, that number soared to $3 billion. As soon as the first Sudanese pounds landed in SPLM hands, revenues turned into outflows with almost no accountability or information on where the money was going. Much of the money was funneled through the military, where it lined the pockets of corrupt commanders who artificially swelled the ranks of their units by adding nonexistent “ghost soldiers” and extracted bribes by threatening rebellion. Other cash disappeared abroad. In 2012, President Salva Kiir admitted that at least $4 billion in missing government funds, and possibly a much larger amount, had been transferred out of the country.

The obvious irony is that the crisis in South Sudan, in which climate change and armed conflict are intimately related, is exacerbated and perpetuated by a single commodity: oil. As the South Sudanese people contend with the pernicious effects of climate change, their elected representatives continue extracting vast amounts of fossil fuel and sending it abroad for refinement and combustion. The revenue from those sales props up a continuous cycle of corruption and violence, while increasing carbon emissions exacerbate the extreme heat, longer droughts, and more intense floods. In the months leading up to Pope Francis’s postponed visit, peace activists launched a campaign calling on Kiir, Machar, and other South Sudanese leaders to “remember Pope Francis’s kiss.” Regardless of when Francis finally arrives, they would do well to make peace—with each other, of course, but also with the natural environment they share.

Bryan P. Galligan, SJ is a research and policy analyst at the Jesuit Justice and Ecology Network Africa (JENA) in Nairobi, Kenya.