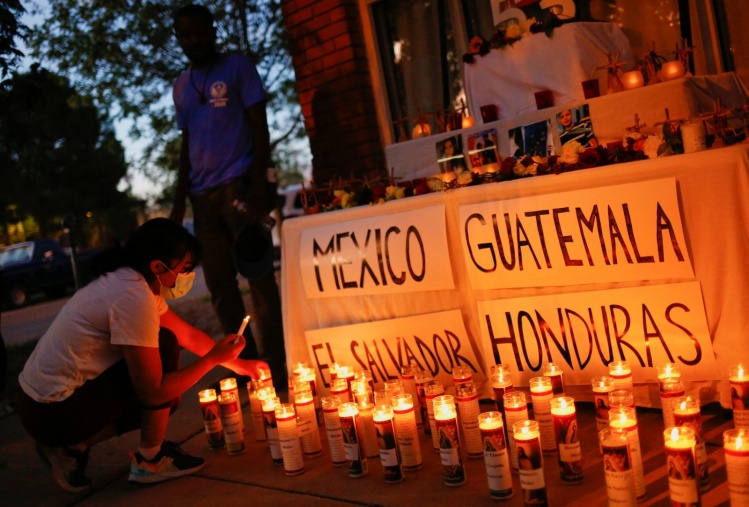 After the discovery of fifty-three deceased migrants in an overheated truck near San Antonio last month—the highest death toll involving migrants in recent U.S. history—Texas Governor Greg Abbott wasted no time politicizing the tragedy. “These deaths are on Biden,” he declared on Twitter. “They are the result of his deadly open border policies. They show the deadly consequences of his refusal to enforce the law.”

The Republican governor offered no such condemnation after a similar tragedy in 2017, during the Trump administration, in which ten people died. “Human trafficking is an epidemic that Texas is working to eradicate,” he said then. Abbott’s reasoning is also illogical. If the U.S.-Mexico border were truly “open,” then the tens of thousands of migrants and refugees fleeing poverty, violence, and environmental devastation wouldn’t need to risk their lives to cross—often paying coyotes and smugglers up to $10,000 for help doing so. And it’s not as if Abbott and his fellow officials have better ideas. The enhanced “enforcement” approved by the Texas legislature—barbed wire along the Rio Grande, cops outfitted in riot gear, continued construction of walls, all at a cost of $4 billion over two years—has not stemmed the record flow of migrants across the border.

Migration along the U.S.-Mexico border is as dangerous as it is partly because our laws have intentionally made it that way.
sharetweet

Yet none of this absolves the Biden administration of its own ineffectiveness in addressing the issue. True, some efforts, like Vice President Kamala Harris’s “Root Causes” initiative, could take years to bear fruit. And Secretary of Homeland Security Alejandro Mayorkas was right to launch an operation to disrupt the human-trafficking networks responsible for horrors like the one near San Antonio. But consider its response to the Supreme Court decision allowing the Trump-era “Remain in Mexico” policy to be lifted: rather than acting immediately, it says it will need several weeks to phase the program out. Nor has the administration signaled any plans to cease invoking Title 42, the pandemic-era public-health rule first used by the Trump administration to deport migrants, including asylum seekers, without due process. Yet the federal government has relaxed restrictions on air travelers arriving from abroad.

Perhaps calculating that immigration could be a losing issue for Democrats in the midterms, the White House has been less than compassionate in its messaging. “The fact of the matter is the border is closed,” White House Press Secretary Karine Jean-Pierre recently asserted. Of course, that doesn’t change the fact that migration along the southern border is only likely to increase. Rather than confront this reality with transparency and creativity, the Biden administration is falling back on the same tired approach of deterrence and victim-blaming, as Mayorkas inadvertently revealed: “We have said repeatedly, and we continue to warn people, not to take the dangerous journey.” But migration along the U.S.-Mexico border is as dangerous as it is partly because our laws have intentionally made it that way. For more than three decades, U.S. immigration policy has relied on deaths—the more numerous and visible the better—to scare migrants into staying home.

It’s clear that hasn’t worked, and it’s past time Biden said so, publicly and emphatically. Even though comprehensive immigration reform is impossible at the moment, the administration can still take meaningful action. It should end the “Remain in Mexico” policy and rescind Title 42 immediately. It should then partner with humanitarian and community organizations along the border to ensure that asylum seekers are treated humanely and that their claims are processed swiftly, in accordance with international law. Doing so would signal that Americans aren’t as callous and indifferent to non-American, non-white people as we appear to be, and might even save lives.