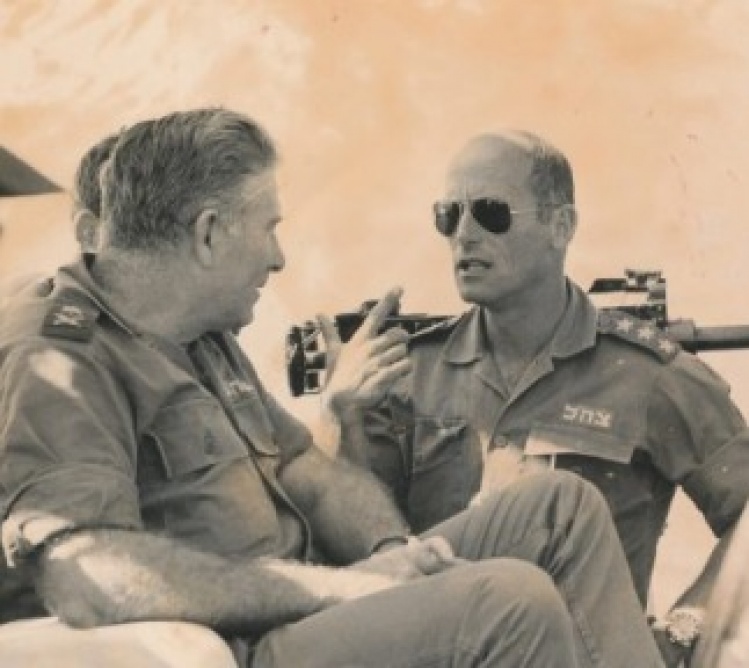 Shin Bet, Israel’s security agency, oversees counterterrorism and intelligence gathering in Israel and the Palestinian territories. It also bears responsibility for protecting politicians, a task it notably failed to discharge in 1995, when Prime Minister Yitzhak Rabin was assassinated by a right-wing Israeli. Filmmaker Dror Moreh persuaded six former heads of Shin Bet, men who ran the agency from 1980 to 2011, to discuss their work and their view of Israeli security. The results disclose a remarkable ambivalence toward their government’s actions and a surprisingly conciliatory attitude toward their enemies.

The Gatekeepers is a traditional, talking-heads documentary, splicing interviews with archival footage outlining both the history of Shin Bet since the 1967 Six-Day War and the contours of Israeli policy vis-à-vis its Arab nemeses. The format is tame, the content explosive. These six ex-chiefs take pride in their intelligence gathering, convinced that they saved many Israeli lives, but they wonder about the costs—and about the efficacy of such work within a political framework they clearly regard as misguided at best. One senses that in the end they felt buried by futility, embittered by the lack of political movement toward a meaningful modus vivendi with the Arabs.

This film will surprise Americans on several fronts. First and foremost is the candor of these men: their willingness to reflect on the moral ambiguity of their work and of Israeli policies; their frank assessment of the brutal—and brutalizing—nature of political violence; and most of all their capacity for self-scrutiny and doubt. It is impossible to imagine such candor and moral perspicacity—such wisdom, really—issuing from an equivalent collection of CIA and FBI directors. As for their assessment of Israel’s actions in the West Bank and Gaza, the six chart a position well to the left of, say, Barack Obama. Referring to the Palestinian intifada, one ex-chief asserts that “one man’s terrorist is another man’s freedom fighter,” while another remarks that “Israel has lost touch with how to coexist with the Palestinians,” and states, simply, “We’ve become cruel.” In the United States, such views would be considered anti-Israel and, by some, anti-Semitic.

It’s clear that a moral and emotional toll has been exacted on these men by the actions they approved in their work. “We all have our moments,” says Yuval Diskin, who ran Shin Bet from 2005 to 2011. “Maybe you’re shaving and you think, ‘I make a decision and x number of people are killed.’ The power to take lives in an instant, there’s something unnatural about it.” For Yaakov Peri (director from 1988 to 1995), it’s the memories of the wives and children of men Shin Bet captured in their homes. “You knock on doors in the middle of the night, these moments end up etched deep inside you,” says Peri. “When you retire, you become a bit of a leftist.” And Avraham Shalom (1981–86), who in 1984 presided over the notorious Bus 300 incident, in which two Palestinian hijackers were captured and summarily executed, likens Israel to “a brutal occupation force similar to the Germans in World War II.”

Such reflections set a stark contrast to the innocence, righteousness, and evasion that are the default mode of American officials wielding similar life-and-death powers. These hardnosed Israeli security chiefs are hardly dovish, yet each of them reveals a willingness to contemplate the moral paradoxes of his actions, along with a recognition of the soul-killing potential of administering lethal violence on behalf of the state—and a weary certainty that the current course of Israeli policy with respect to the Arabs will only lead to more. The film’s message is a severe one. “The tragedy of Israel’s public security debate,” says one of the men, “is that we win every battle but lose the war.” Three years in the making, Eugene Jarecki’s The House I Live In takes us on a dismal road trip through our nation’s inaptly named corrections industry, drawing on commentary from inmates, cops, corrections officers, judges, journalists, sociologists, and just about anyone with an opinion about incarceration in the United States—and, in particular, the role played by the “war on drugs.” The verdict is unanimous and harsh.

Jarecki’s previous documentaries, Why We Fight and The Trials of Henry Kissinger, established him as a kind of low-key Michael Moore, wielding a sharply progressive politics to skewer systemic American depredations, but without the Moorean bluster and theatrics. Instead he uses quiet outrage to formulate an urgent call to action. This film’s judgment on our corrections system musters statistical realities that remain no less appalling for being well known: that we lock up far more of our population than even the most repressive nations on earth; that the $1 trillion spent since 1971, and the 45 million arrests, have had no discernible effect on the drug trade, while wreaking havoc on our urban poor and in particular African-American communities.

Jarecki relies extensively on interviews with Michelle Alexander, whose 2010 book The New Jim Crow argues that our current incarceration system amounts to a systematic effort to oppress and disenfranchise African Americans. She cites notorious inequities in drug convictions and sentencing, including grossly lopsided penalties for crack cocaine, that disproportionately affect African Americans. For instance, while blacks represent only 13 percent of America’s crack users, they take 90 percent of the raps for its sale and possession, and until 2010 the penalties for crack possession were a hundred times more severe than those for powder cocaine (they have now been adjusted downward to a mere eighteen times).

Additional—and eloquent—perspective is supplied by David Simon, the former Baltimore Sun reporter who went on to create The Wire and other crime dramas. In Simon’s view the war on drugs fails every cost-benefit analysis. “It would be one thing if it was draconian and worked,” he notes. “But it’s draconian and it hasn’t worked.” In the process we have become, in his discomfiting neologism, “the jailingest nation in the world.” In Simon’s view, the war on drugs discriminates less according to race than to class. Listing the social and economic ills endemic to postindustrial America, he argues that our brand of unreconstructed capitalism has created a permanent underclass drowning in a hopelessness of which drug use is a primary symptom—and that instead of helping them, we are locking them away, using the drug war and mass incarceration to “just get rid of the bottom 15 percent of America.” Instead of wasting so much time and treasure, Simon asks with burning indignation, “Why don’t we just kill the poor?”

Simon calls this policy “a slow-motion Holocaust,” and to buttress this view Jarecki brings in historian Richard Miller, who traces the historical origins of drug criminalization to arrant racism, casting it as a means that white Americans used to marginalize African Americans and other groups. Miller identifies a pattern of escalating oppressive measures leading to genocide—identification, ostracization, confiscation, concentration, and finally annihilation—and argues that our war on drugs has undertaken all but the very end step. In an alarming montage Jarecki juxtaposes footage of drug arrests with photos of Jews in concentration camps, victims of ethnic cleansing in the Balkans, and other groups that have suffered racial and ethnic genocide.

You don’t have to accept such a darkly conspiratorial view (and I don’t) to agree that our war on drugs and the bloated incarceration system it has spawned is both a disaster and a tragedy—and one that will be hard to undo. As Gabor Maté, a physician and author of books on drug addiction, points out, the drug war, while failing at its ostensible goals, has worked its way into the economy and is generating profit. “What if it’s a success by keeping police forces busy... by keeping private jails thriving,” Maté speculates. “Maybe it’s a success on different terms than the publicly stated ones.” Video clips of small-town residents vehemently protesting job losses posed by prison closings bring home the point.

Whatever your take on the drug war’s origins and aims, no one can leave this film in any way confident that the policy has worked, or ever can. In fact it has only gotten worse with time. Jarecki notes that under Richard Nixon, who revved up the drug-war rhetoric for self-serving political purposes, just a third of the monies spent went to law enforcement, with two-thirds going to drug treatment—which by the standards of subsequent presidents makes Nixon a veritable Mother Teresa. Increasingly, and obsessively, our efforts have all been toward policing, interdiction, and incarceration. If fanaticism consists in redoubling your efforts when you have forgotten your aim, then surely we are fanatics in our drug jihad.

Meanwhile, the life prospects for those born into the underclass continue to plummet. The House I Live In plugs into a current of moral outrage enunciated by the famed Harvard sociologist William Julius Wilson, who quietly comments—as we tour an urban maternity ward filled with swaddled infants of color—that if you know a child’s race and class in America, you can with great accuracy predict that child’s fate already in its first days of life. And we still call this the land of opportunity? 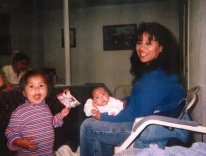 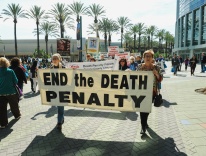 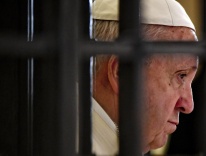