A Moralist with an Ear

'The Tenth of December'
By John Garvey
Books 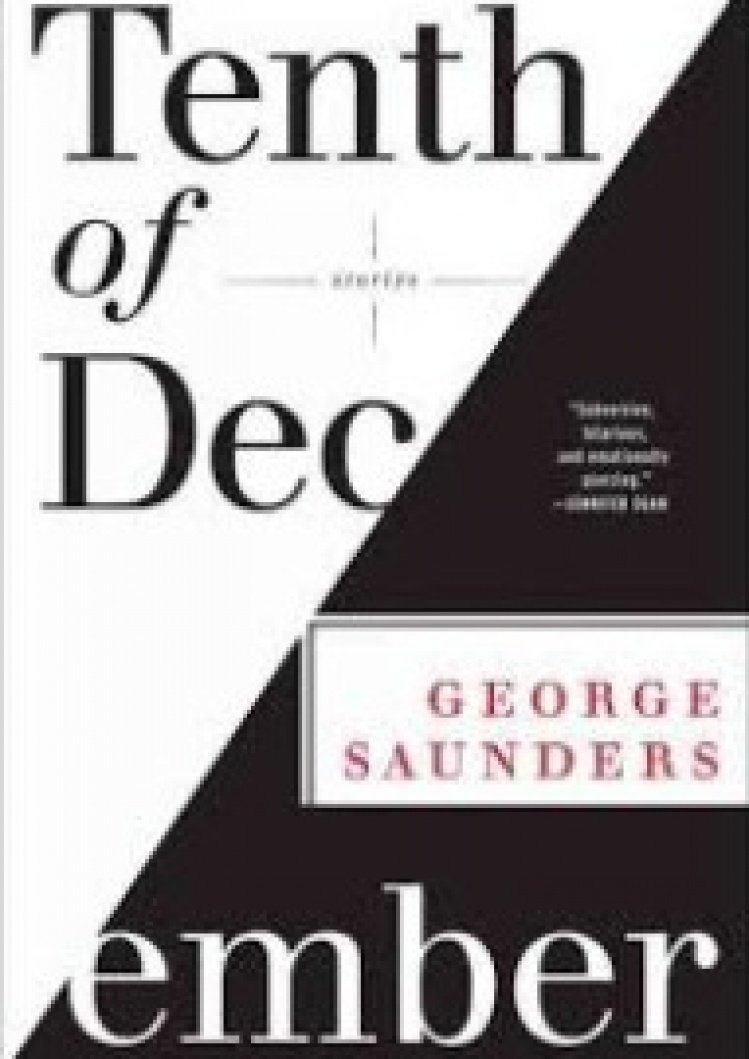 George Saunders loves writing, and his command of the vernacular and delight in what words can do is complete and totally satisfying. He goes from sentence to sentence with such joy in the process that you could miss the way he moves you in the course of a few pages from the fantasies of an adolescent girl, all light and funny, through the terror of an attempted abduction to the unexpected courage shown by her nerdy rescuer. This is all to be found in “Victory Lap,” the first story in Saunders’s latest collection, The Tenth of December. His work is so moving and, finally, so morally compelling that I’d like to make everyone read it, but that would go against his Buddhist and my Christian principles, so I can only beg you. He is an American treasure.

His sort of writing isn’t to everyone’s taste. Some have pigeonholed him as a writer of fantasy or speculative fiction, but much more is going on here. The New York Times Magazine called The Tenth of December “the best book you will read this year.” Saunders has been praised by such friends and colleagues as Mary Karr and Tobias Wolff, who said Saunders is such a good man “that you’d hate to do anything that would disappoint him.” He is considered a “writer’s writer,” but writers are plainly not the only people who enjoy his work, and though many fans want him to try his hand at a novel, Saunders has made it clear in interviews that he prefers the short-story form.

I can’t think of another writer who can be at once so funny, moral, moving, even heartbreaking, and so fresh in the way he cracks open the ways we talk and think. Here is the adolescent protagonist of “Victory Lap”:

What she found especially inspiring about Mrs. Dees was that, even though Mr. Dees was cheating on Mrs. Dees with the lady who ran the bowling alley, Mrs. Dees was still teaching the best course ever in Ethics, posing such questions as: Can goodness win? Or do good people always get shafted, evil being more reckless? That last bit seemed to be Mrs. Dees taking a shot at the bowling-alley gal. But seriously! Is life fun or scary? Are people good or bad? On the one hand, that clip of those gauntish pale bodies being steamrolled while fat German ladies looked on chomping gum. On the other hand, sometimes rural folks, even if their particular farms were on hills, stayed up late filling sandbags.

In “Puppy,” a woman who suffered a difficult childhood takes her own children to buy a family pet. Outside the unkempt house of the seller she spots another child, chained like a dog and drinking from a bowl, and, understandably thinking the worst, allows her son a glimpse:

Josh joined her at the window.
She let him look.
He should know that the world was not all lessons and iguanas and Nintendo. It was also this muddy simple boy tethered like an animal.

This comes from a woman who until now has been radiating a kind of willed joy.

In “Escape from Spiderhead,” prisoners are given drugs to manipulate and control their behavior, emotions, and degrees of sexual arousal. They are a mixed lot, the narrator tells us:

We got some rough customers in here. I noted that Rogan had a tattoo of a rat on his neck, a rat that had just been knifed and was crying. But even through its tears it was knifing a smaller rat, who just looked surprised.

The narrator then shares what he experiences after being drugged, in lines that may reflect Saunders’s Buddhist view of human suffering and the need for compassion:

Basically what I was feeling was this: Every human being is born of man and woman. Every human, at birth, is, or at least has the potential to be, beloved of his/her mother/father. Thus every human is worthy of love. As I watched Heather suffer, a great tenderness suffused my body, a tenderness hard to distinguish from a sort of vast existential nausea; to wit, why are such beloved vessels made slaves to so much pain? Heather presented as a bundle of pain receptors. Heather’s mind was fluid, and could be ruined (by pain, by sadness). Why? Why was she made this way? Why so fragile?

The last piece in the collection is the title story, and it echoes the first in its depiction of how a dying man who has more or less given up on everything is moved from near despair to save the life of a boy. I found these to be the best stories in the collection, though everything here is worth reading closely.

In 2006, GQ magazine sent Saunders to Nepal to report on a young boy who was thought by many of his neighbors to be a reincarnated Buddha. The resulting essay was willing to risk wonder, as all of Saunders’s writing does. He avoids both new-age credulity and the secular unwillingness to consider the depths of reality we ordinarily ignore. Critics are right to note the strong moral current in Saunders’s work, but if that were its primary strength it would not be much more impressive than Parson Weems’s tale of young George Washington and the cherry tree. The main qualities of Saunders’s writing are a superb ear for the way we really talk, a joy in language as a living thing, and compassion for us, as full of holes as we are.