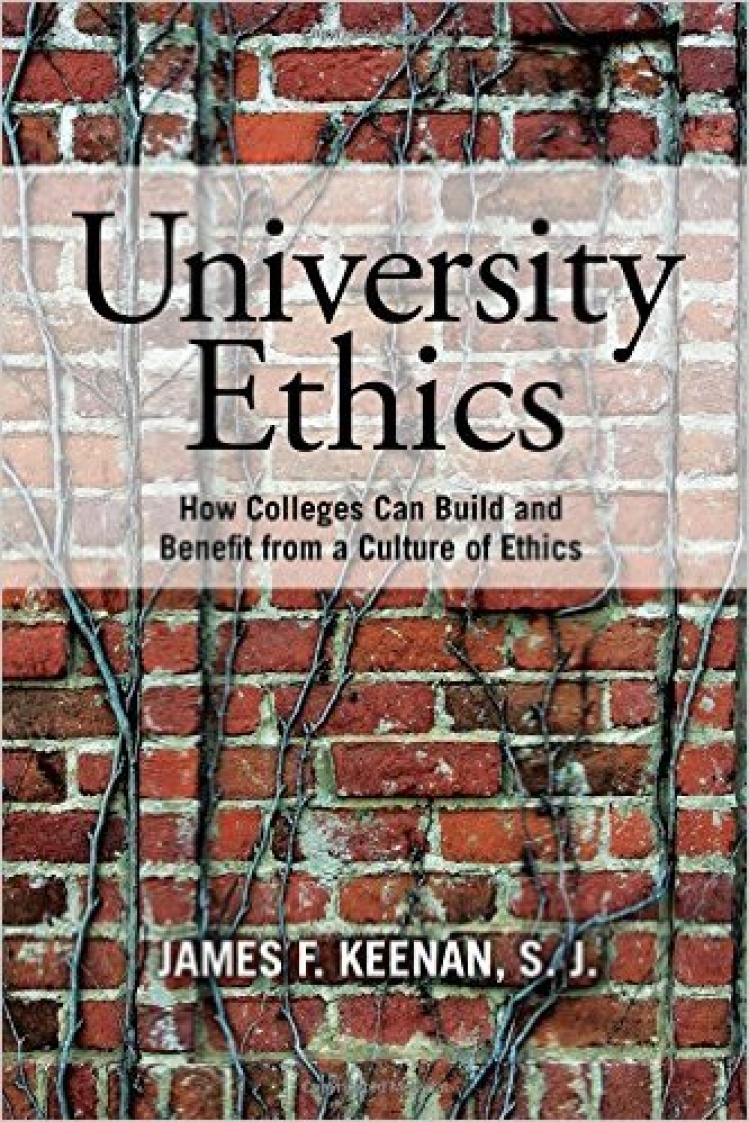 Yesterday morning I was in the gym and something from the Law and Order franchise caught my eye about a NYC high school, where the principal thinks she knows everything and as a matter of fact she doesn’t. The episode had a criminal in it (who got caught) but the story was about how the principal needed to get acquainted with ethics in order to become a better principal. She needed to learn more about accountability, transparency, prudence, justice and respect.

I like stories like this one, stories about ethics changing institutions, making them better, making them flourish. I have done some work on the church’s need to learn ethics and now I am working on the university’s need. Like Yale’s Wayne Meeks, I believe that making morals means making community and making community better.

I began to see this as a priest living in Boston during the sexual abuse scandals. The church, the other institution that teaches ethics was not practicing ethics. There I began to see that though as a seminarian I was trained to study with my other classmates on medical, marital, sexual, and other areas of ethics, so that I could speak to and teach others about ethics, I was not taught, nor were the priests or bishops ahead of me what were the virtues, values, and norms of conduct that I should follow as ordained. Somehow given our status, there was the presumption that ethics came with the vocation.

In a similar way, university faculty, administrators, staff, boards of trustees and students are really not taught the professional ethics that belong to their sphere of responsibilities. People presume that since the faculty teach ethics, the university should know it. That’s not necessarily the case.

Over the years I have been seeing a variety of related issues in the newspapers on a more frequent basis: sexual assault on campus, racist theme parties, unsustainable tuition hikes, police abuse, athletes not getting an education, presidents and boards of trustees overstepping themselves, adjunct faculty not receiving adequate salaries (or respect), unaccountable tenured faculty, violent hazing, etc. A central question kept emerging: Was it just accidental to the university that these happened there?

The more I researched, the more I saw the university as not having a culture of ethics. At the same time, that insight became validated as I found with nearly every scandal, the university in question scrambled not for transparency or accountability, but to reassume its bella figura.

I developed my premise: these scandals were connected in part because the university did not believe it needed to have a culture of ethics. Moreover, reminding me of my time in seminary, I saw that though the university was the place where ethics was taught for all the different professions (medicine, law, business, nursing, management, finance, etc.), it didn’t have any courses for those who taught, ran or worked at the university.

I began testing out my thesis with my community and a number of them, especially Ken Himes, John Paris, and David Hollenbach gave me great support and began pointing out any stories that I may have missed. I brought it to my graduate students, to the Society of Christian Ethics and to the Catholic Theological Society of America and became more and more encouraged. I wrote for Theological Studies on it and then got fan mail.

Now I have a book: University Ethics: How Colleges Can Build and Benefit from a Culture of Ethics. I have already started to get some good press on it with an interview in Inside Higher Education and an essay I wrote for Time magazine.

The argument in it is simple: the institution that teaches ethics, does not promote a culture of ethics for itself. But nobody thinks of this and nobody acknowledges it. I offer ways that ethics could change the university for the better.

Each time to prove my point, I take that week’s on-line version of the Chronicle of Higher Education and look at stories that strike me as having an ethical issue at its heart, that is never addressed as such. So this week’s is the August 25 edition. This is what I find in Chronicle: Northeastern University settles the priciest settlement in a grant fraud case brought by the National Science Foundation; an essay entitled, “This is How Students Cheat in MOOCs”; another entitled, “Fraternity Suspends Old Dominion Chapter over Offensive Banners”; Goldie Blumenstyk’s essay “Critics Taking Aim Again at Rich University Endowments”; and finally an essay on Alice Goffman’s “Implausible” Ethnography, which does refer to an "ethical choice."

I would like to share with you some of my concerns in the next few blogs, about the nature of the professoriate and the geography of the university campus, about race and gender on campus, about adjunct faculty, and about student athletes, as well as other issues. God knows as the school year opens, enough new scandals will, unfortunately, emerge. But I do think, the more we begin to push the issue, the more quickly the university will realize that not only do law, medicine, nursing, and management need ethics, so does the university itself.