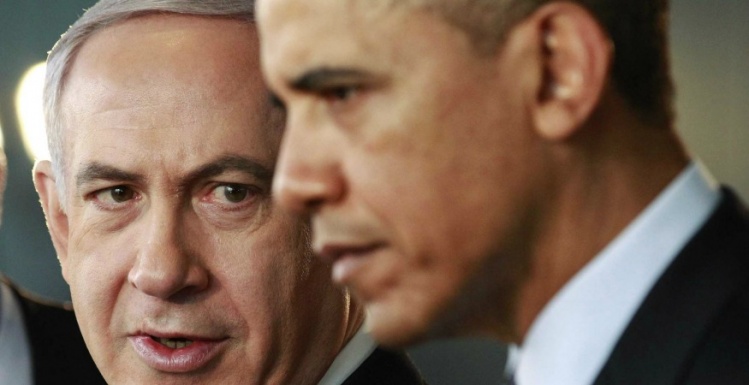 Democratic politics can be an ugly business. That truism seems to have been one of the guiding principles behind Benjamin Netanyahu’s campaign for re-election as Israel’s prime minister. Finding himself in a close race with a reinvigorated Labor Party, Netanyahu resorted to scare-mongering and demagoguery on what one is tempted to call an almost biblical scale. First, he got himself invited by House Speaker John Boehner to address a joint session of Congress. The invitation was issued without notifying the White House or congressional Democrats. Netanyahu’s speech was a blatant attempt to meddle in U.S. domestic politics by undermining President Barack Obama’s efforts to negotiate an agreement with Iran that would forestall its development of nuclear weapons. Netanyahu’s hectoring of the president was not popular with American Jews or Americans more generally.

The reaction to the speech in Israel was mixed, with many Israelis worried that Netanyahu’s political alliance with Republicans would damage Israel’s relationship with a Democratic administration and the Democratic Party in the future. On the eve of the election, polls showed Netanyahu’s Likud Party trailing Labor. Netanyahu responded by employing even more inflammatory tactics. As the election drew closer, he warned that there was an international conspiracy to drive Likud from power and weaken Israel. Then, in a shameless reversal of a prior commitment given to the Obama administration, he announced that as long as he was prime minister there would never be a Palestinian state. The two-state solution to the Israeli-Palestinian conflict has been a bedrock principle of U.S. foreign policy through both Republican and Democratic administrations. Finally, on the last day of the campaign he warned that Arab Israelis were “coming out in droves to the polls.” He called on Jewish voters to rally to his cause in order to prevent Israel’s Arab citizens from toppling his right-wing governing coalition.

As happens all too often in democracies, Netanyahu’s scorched-earth politics won the day. Likud was returned to power, and even increased its seats in the Knesset. Evidently, Netanyahu’s extreme rhetoric caused many right-wing voters to flock to Likud rather than to other right-wing parties. With a larger plurality, the prime minister is now free to form a new government with either his conservative allies or with Labor, which is the second largest party in Israel’s parliament. However, building bridges to his domestic political rivals may be easier than repairing his relationship with the Obama administration.

Predictably enough, Netanyahu has already retreated from his pre-election rejection of a two-state solution and apologized for his remarks about Arab Israelis. How sincere his recantations are remains to be seen; the White House appears skeptical. Netanyahu’s credibility could hardly be lower. His cynical and expedient rejection of a Palestinian state made a mockery of the Obama administration’s efforts to restart the Israeli-Palestinian peace process. Allying himself with congressional Republicans to sabotage negotiations with Iran put traditional bipartisan support for Israel at risk. Should the administration and its international partners succeed in striking a deal with Iran, Netanyahu’s opposition is now a foregone conclusion. In other words, although the U.S. commitment to Israel’s military defense is not in jeopardy, it seems clear that the interests of the two nations are beginning to diverge in important ways. Netanyahu wants to eliminate Iran’s nuclear capabilities, even if that means war. The United States and its other allies believe the only realistic goal is to contain Iran’s nuclear program. The tougher sanctions regime called for by Netanyahu and congressional Republicans cannot be sustained, and no military strike will permanently dismantle Iran’s capabilities. Netanyahu thinks the Palestinian question can be deferred indefinitely, while Obama is convinced that the status quo is untenable—an injustice to the Palestinians and a threat to Israeli democracy in the long run. Without a two-state solution, Israel will soon find itself governing a territory in which Jews are outnumbered. Denied their own state, will the Palestinians then also be denied Israeli citizenship? Such an apartheid system would be a contradiction of everything Israeli democracy stands for.

Netanyahu, it is widely acknowledged, is good at getting himself elected but not very good at advancing his nation’s long-term security, its international standing, or its economic well-being. Under his stewardship, Israel has fought two inconclusive wars in Gaza while relentlessly expanding Jewish settlement in East Jerusalem and the West Bank. Netanyahu has proved unwilling to take risks in pursuit of peace. UN resolutions calling for a two-state solution based on the 1967 borders and land swaps have long been vetoed by the United States in the Security Council. Having been sandbagged and vilified by Netanyahu, will the Obama administration rethink that veto? Such a decision would be a dramatic shift in U.S.-Israel relations, and would only increase Israel’s diplomatic isolation. But Israel’s newly re-elected prime minister may have left his principal ally no choice.